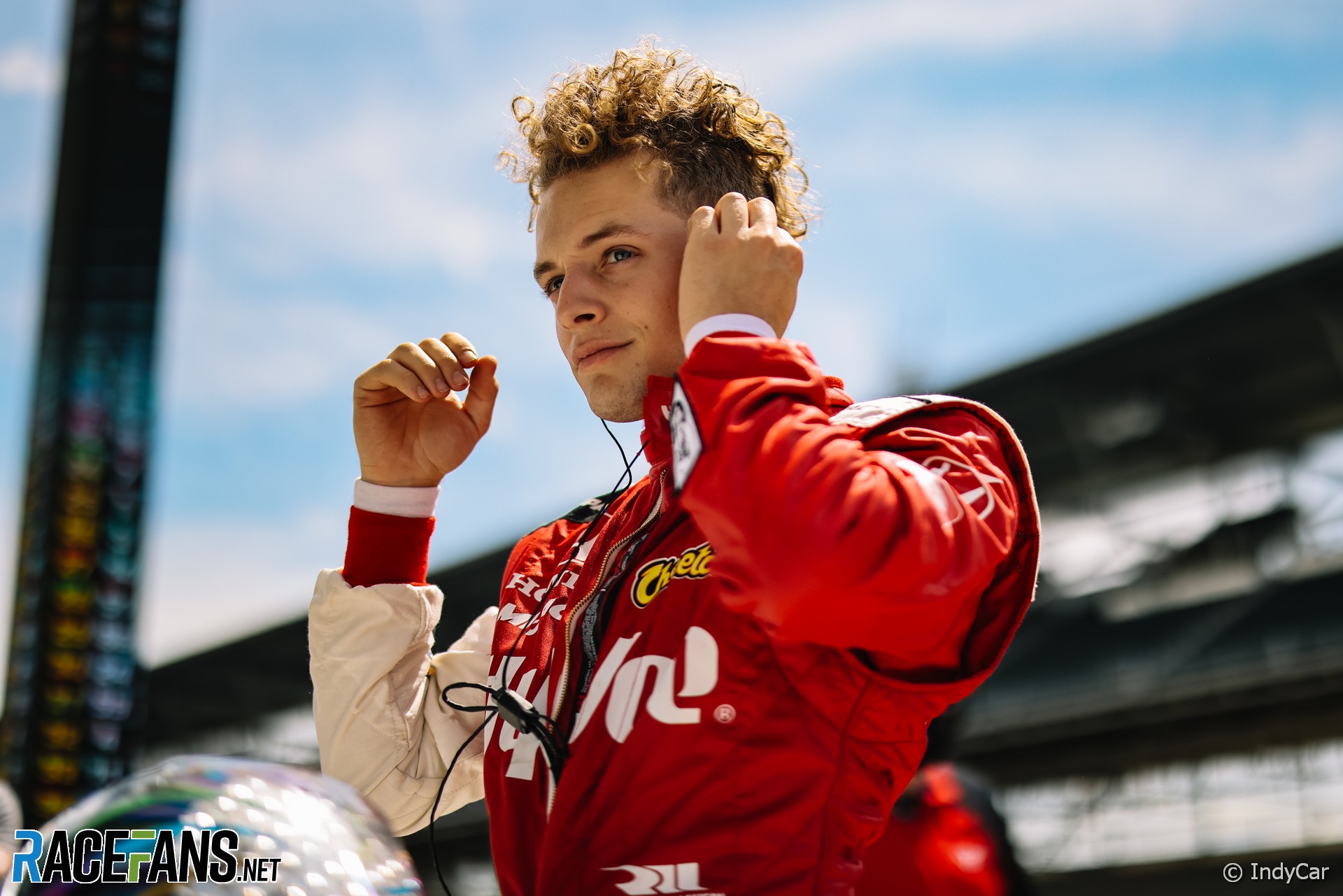 The 23-year-old, who lost his full-time drive with Coyne at the end of last season, returned to the series with RLL at the Indianapolis 500. He drove a third car alongside regular drivers Takuma Sato and Garham Rahal.

The extension of Ferrucci’s deal to drive has come about thanks to the backing of sponsor Hy-Vee, who joined the team last year. The supermarket chain branded his car at Indianapolis, where he climbed from 23rd on the grid to finish sixth.

Ferrucci, who has started four races in NASCAR’s second-tier series this year, said he is eager to pick up where he left off after his “fantastic run at the Indy 500”. He was the best-placed of RLL’s three cars at the end of the race. Graham Rahal’s car shed a wheel and crashed, while Takuma Sato placed 14th.

Detroit was the scene of Ferrucci’s IndyCar debut three years ago following his controversial departure from Formula 2. Ferrucci was fired by his Trident team after being issued a four-race ban for a series of infringements during the Silverstone event, including a deliberate collision with his team mate Arjun Maini.