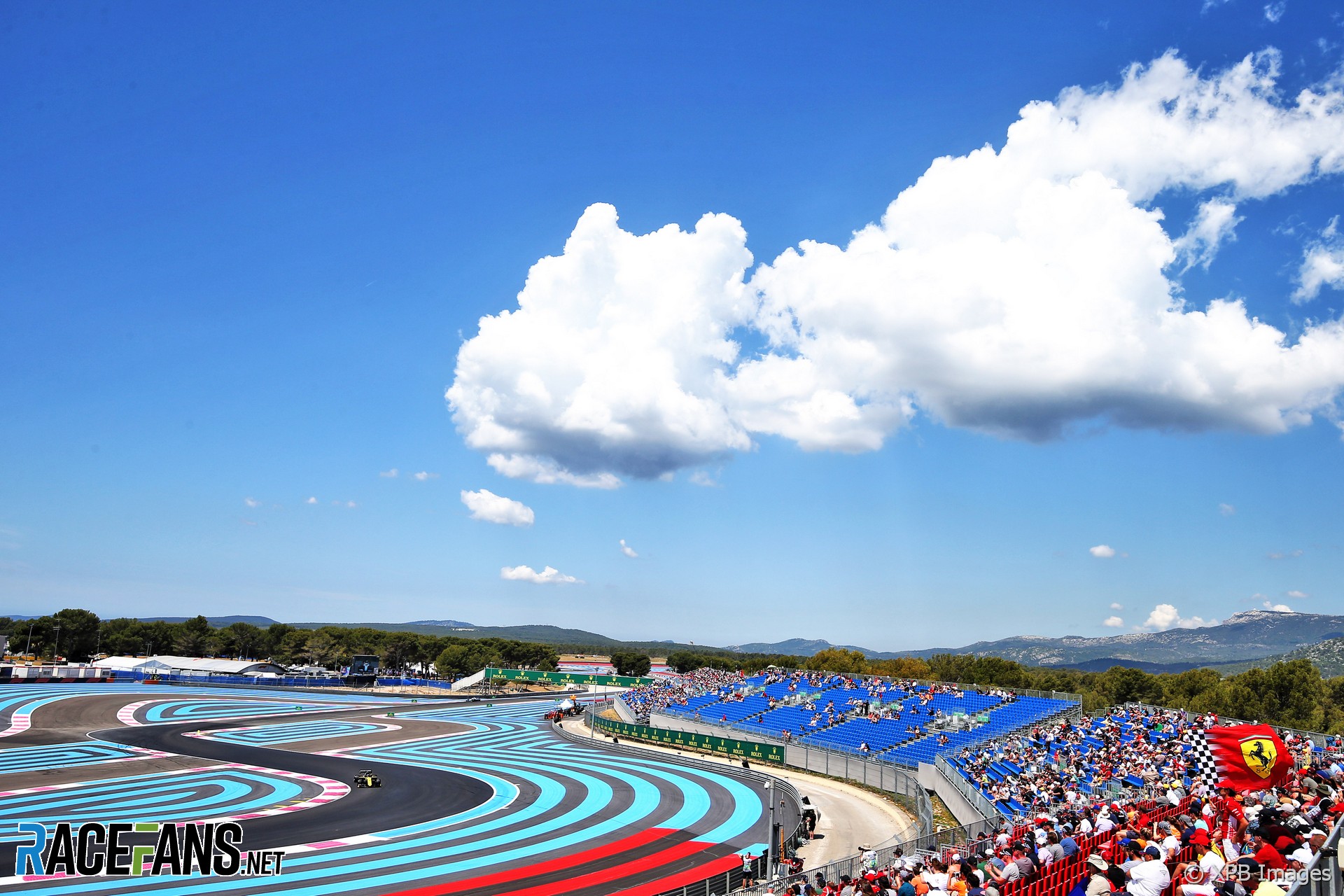 The French Grand Prix is expected to be overcast for much of the weekend, with a slight chance of rain showers on race day.

Forecasts indicate Friday will be the sunniest of the three days of running at Paul Ricard. The morning session will see relatively heavy cloud but this should turn sunny by second practice.

Saturday will follow a similar pattern of cloud cover, lifting somewhat after third practice but still relatively heavy ahead of the qualifying hour.

Race day will be much as the previous two days – overcast and with temperatures up 31C – but with an increased chance of rain. At present only a slight chance of rain is forecast during the race, and this may well change over the course of the next three days0

Overall temperatures should be relatively high at Paul Ricard. The mercury will peak at around 30C on Friday and Saturday just before the afternoon sessions on each day.

Wind conditions on Friday will be a little stronger than on Saturday, with speeds up to 30kph and gusts of up to 55kph. It should be calmer for qualifying, with top speeds of 20kph and gusts of 40kph.

The most striking differences between this weekend and F1’s last visit to the track two years ago will be the cloud cover. Although air temperatures are set to be higher this year, having peaked at 27C during the race at the 2019 French Grand Prix, all sessions that year were in sunny weather.

Expect considerably lower track temperatures than the 50-57C seen over practice, qualifying and the race in 2019. From this weekend’s race teams have to complay with new, stringent checks of their tyre temperatures and pressures, and they will have to keep a close watch on changes in the atmospheric conditions.