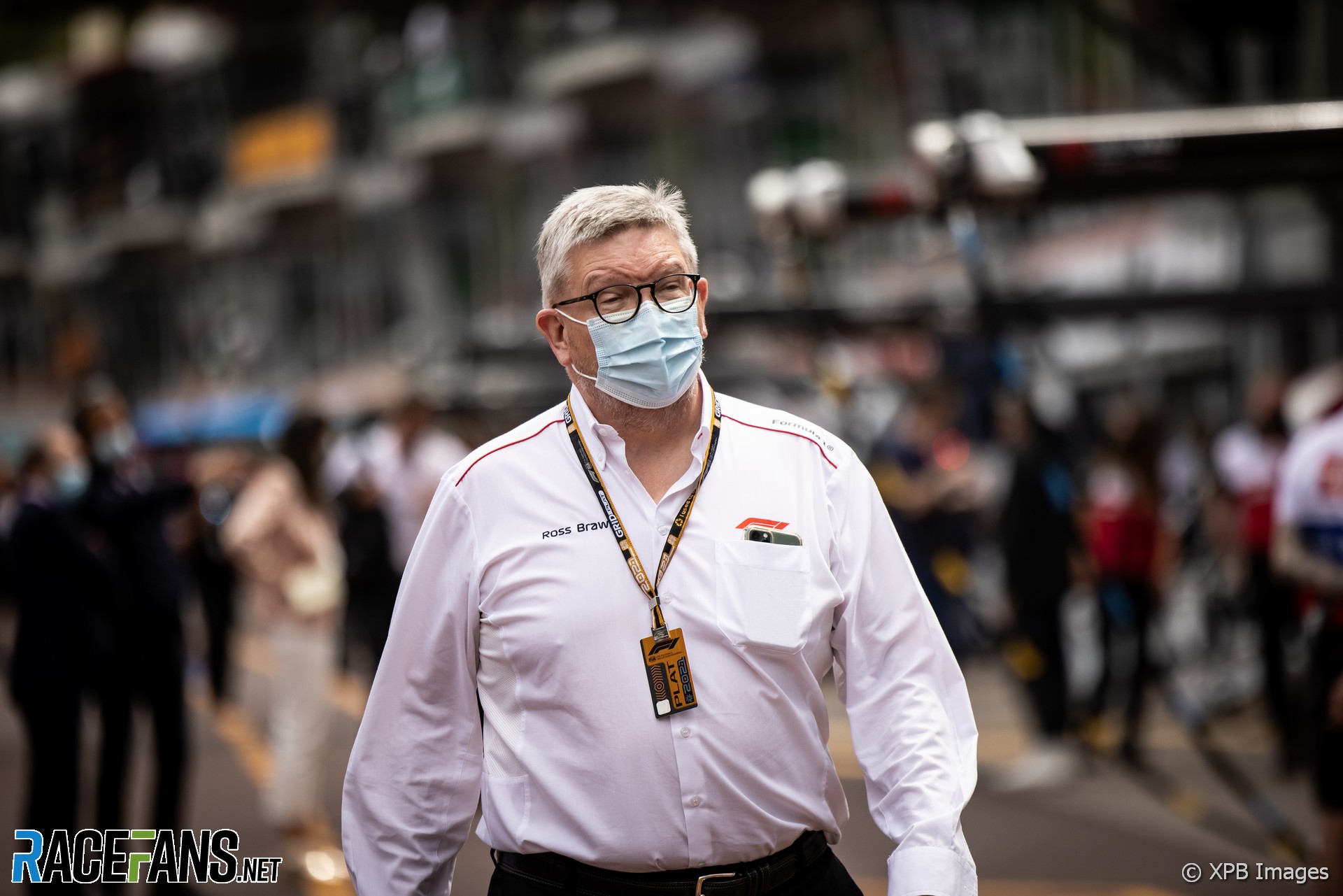 Formula 1’s head of motorsport Ross Brawn has urged fans to keep an open mind about the new ‘Sprint’ races which will be introduced next month.

The first Sprint race will be held at next month’s British Grand Prix. The 100-kilometre race will be held on Saturday, award three points to the winner and decide the starting grid for the main race on Sunday.

The format is a significant departure from Formula 1’s usual race weekend structure and has prompted a mixed response from fans. Some have questioned the need to change F1’s race weekend format ahead of 2022, when sweeping new technical regulations will be introduced which are intended to improve the quality of racing. Several drivers have also cast doubt on the need for a new format.

Brawn said the format is intended to attract new fans to the sport, and hopes long-time viewers will keep an open mind about the innovation.

“They enjoy the format of a grand prix weekend and they like to see qualifying leading to the grid. I would just ask them to keep an open mind.”

Formula 1 will use the new Sprint race format at three rounds this year in order to decide whether it should be used more widely in 2022 and beyond.

“We will never force this through if it’s clearly not a success,” said Brawn. “There’s no incentive in doing it if the audience don’t engage. If we don’t see a strong engagement from the fans and we don’t see the benefits, there’s no reason why we will force it through.”

The limited introduction of the new format means some rounds on this year’s calendar will award more points than others. Brawn said F1 has learned from past experiences of attempting to introduce changes across an entire season, as was the case five years ago when a new ‘elimination qualifying’ format was hurriedly dropped.

“One of the great things about what’s happening is it’s three races, it’s not the season. In the past Formula 1 has always struggled with the fact that when it’s made an adjustment it’s made it theoretically for the season.

“We all remembered the qualifying fiasco a few years ago which luckily got corrected part-way through the season. I think that was one that everybody forecast was going to be a struggle and it turned out to be.

“So this is three events where were going to trial this format and if it’s not a success, if we don’t get the response we hope, then we’ll put our hands up and then we’ll stay the way we are and we’ll look at other initiatives.

“But I’d just ask the traditionalists to wait and see if they enjoy it and hopefully they will. I think because it’s an addition to the weekend, we draw fans in on a Saturday and then they engage with us and follow through on a Sunday, that will be a success.”

“I think we have to be nimble but not change so quickly that we confuse fans and alienate our traditional fans. So it’s just finding that balance and that’s what we’re setting out to do.”