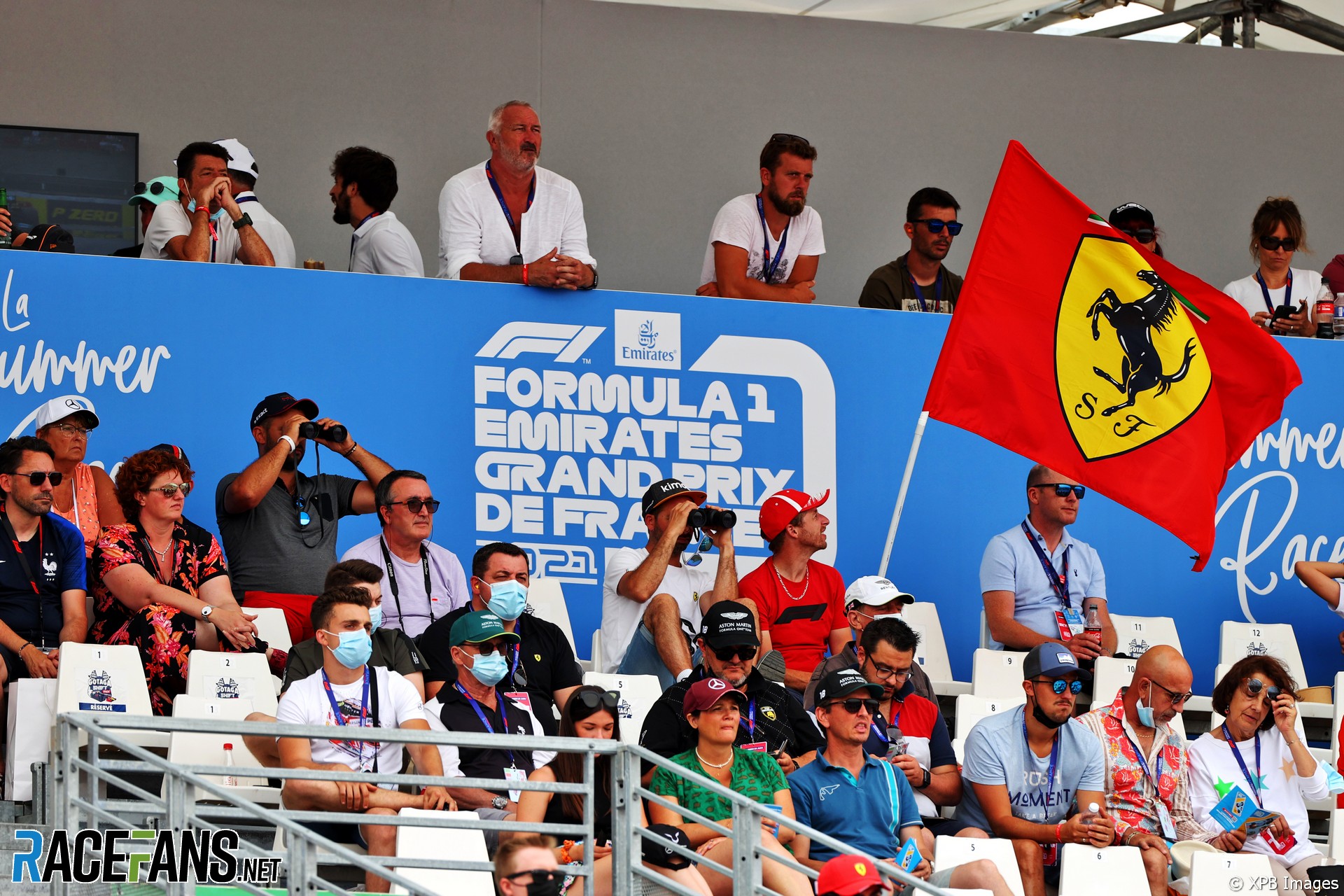 FIA president Jean Todt expects full attendance will be possible at some Formula 1 races from July.

Attendance at F1 races has been strictly limited since the outbreak of the Covid-19 pandemic last year. Many races have been held behind closed door with no fans present.

For this weekend’s French Grand Prix, 15,000 fans are being allowed into the Paul Ricard each day. Tost praised the work Formula 1 has done in arranging its calendar in spite of the pandemic.

“I usually say that it’s a difficult time but you see the strength together,” he said. “I think it has been an result of [co-operation] since we restarted the championship last July, almost one year ago, in Austria.

Formula 1 has already made several changes to this year’s calendar as a result of the pandemic, including bringing the French Grand Prix forward by a week to accommodate an extra race in Austria, following the cancellation of the Turkish Grand Prix.

“This week we should not have been here, incidentally, it should have been next week,” said Todt. “We are going to face three grands prix in a row every time it has been a problem a solution has been found.

“So again thanks to the result of the great collaboration between Formula 1, FIA, the teams, you [media].”

Todt expects the second of two races in Austria will be able to welcome a full audience, as well as the following race at Silverstone two weeks later.

Formula 1 is in discussions with the British government over how many spectators will be permitted at Silverstone and expects to confirm plans for attendance in the near future.

This weekend’s race is the first of four triple-header events which have been planned for this season. Todt hopes the easing of the pandemic means future calendars will be less congested.

“Of course, if we are back to normal, I think we will be able to have probably a more balanced calendar,” he said.

Lewis Hamilton said he was pleased to see so many fans at Paul Ricard after qualifying second for today’s race. “It warms my heart to see people coming together, finally, after a difficult period for us all,” he said.