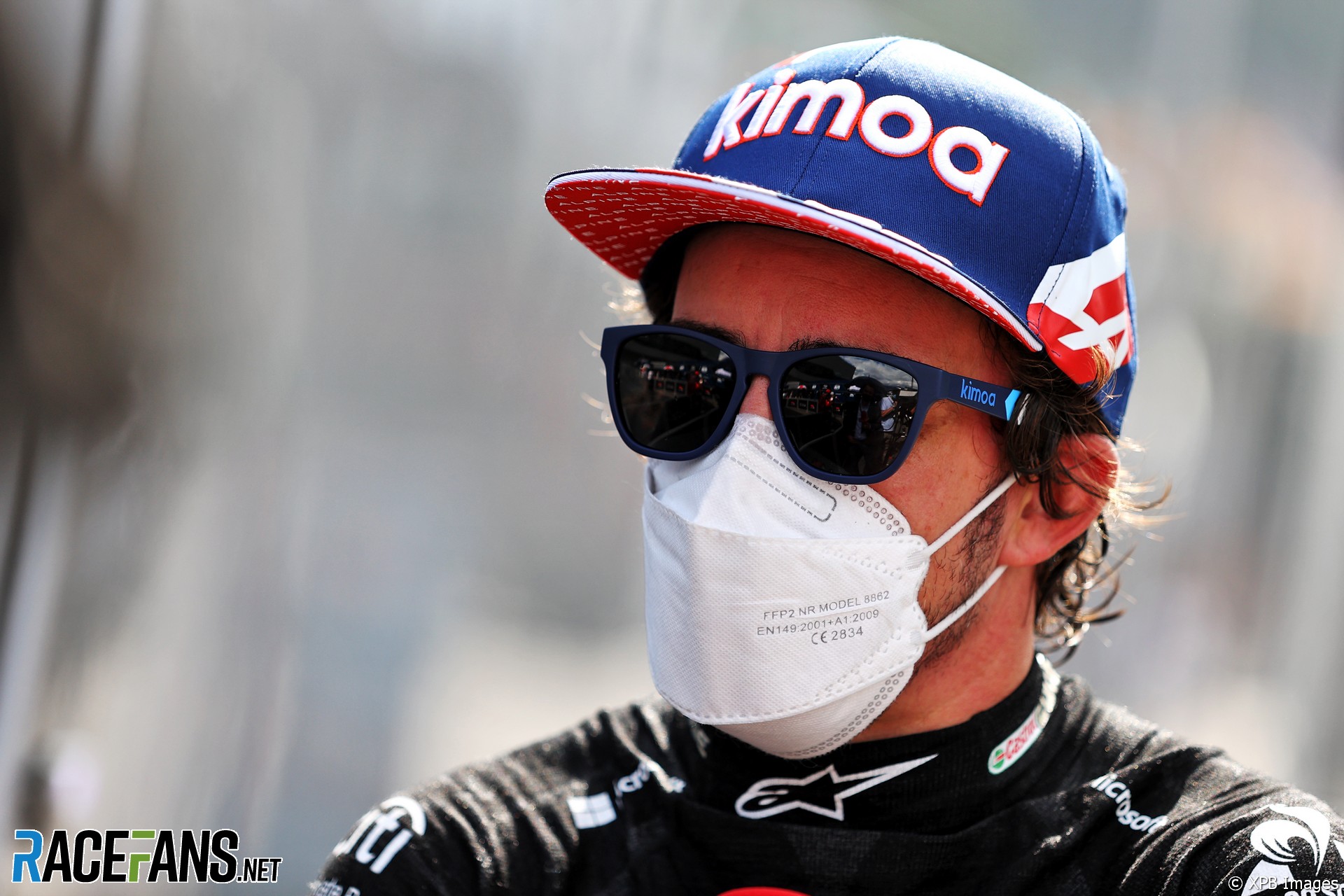 Fernando Alonso says Sebastian Vettel was not to blame for the incident involving the pair in qualifying which cost him his last chance to set a competitive time in Q2.

The Alpine driver said his weekend “is over” after he went out in Q2 and qualified 14th.

Alonso encountered Vettel’s Aston Martin at the end of his his final lap in the closing moments of Q2 through the fast approach to the final corner. Having been forced to back off, Alonso was unable to improve his time, leaving him 14th and out of qualifying.

The incident, Alonso believes, prevented Alpine from competing for a potential top starting position on the grid.

“I think we were as fast as ever in this qualifying of the season,” he said.

“We were P3 in Q1 – I think we could’ve been P4 or P5 in Q2 and maybe even P5 or P6 even in Q3 because we had two sets of tyres. So it’s a big consequence for our weekend because even our qualifying tyre choices were made to maximise Saturday and Saturday has been terrible with P14. So I guess the weekend is over for now for us. But nothing we can do.”

The stewards confirmed they will investigate the incident after qualifying. Valtteri Bottas is also under investigation for his potential involvement in the lead-up to it. But Alonso says a penalty would be of little comfort.

“It will change something for them, but for us, it’s changed everything on the weekend. And I don’t think that Seb could do much more because inside the car we are just relying on our engineer. So I guess it was more the team than Seb himself.”

While race director Michael Masi warned teams not to slow between the penultimate and final corners ahead of qualifying, Alonso says that it is inevitable that drivers would bunch up at that position on the track.

“Sometimes you have to do it because the car in front, they are doing it,” Alonso explained.

“So as a consequence, three or four cars behind, they have to do it. So if we have a free track for sure, we will try to have a clean out-lap.

“So, as I said, I don’t think that Seb did anything wrong because it was a couple of cars in front of him already slowing down. The biggest thing is for our race. What happens to them doesn’t change much.”

Vettel said he was unable to avoid holding Alonso up as other drivers passed him while he was waiting to begin his lap.

“I think we agreed that we slow down between eight and nine, which is what I did,” he explained. “Everybody passes me and jumps the queue and then they all slow down between nine and ten when we agree not to slow down. So now you know the rest of the story.”