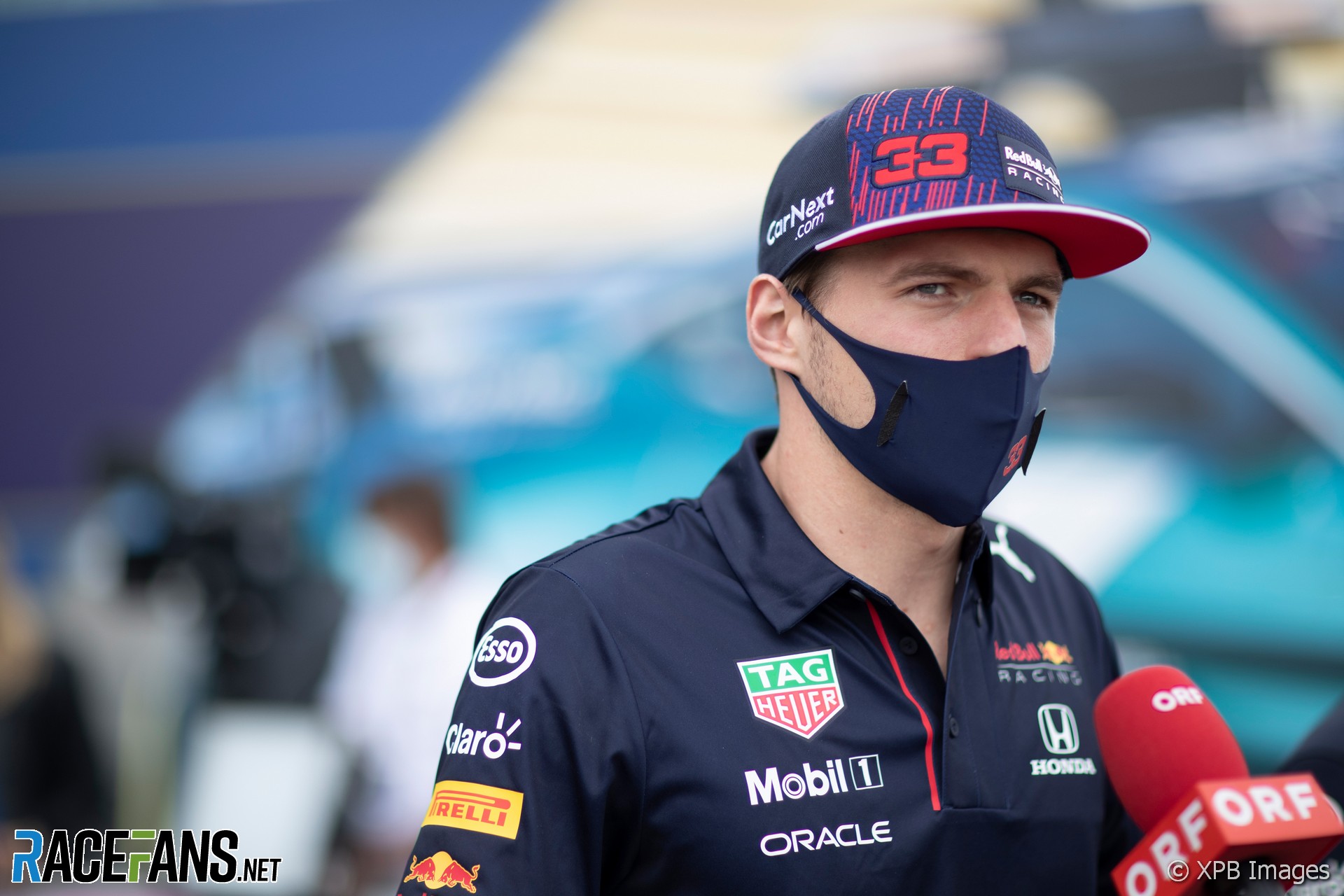 Drivers will have just one hour of practice before qualifying this afternoon, ahead of the series’ first Sprint Qualifying race on Saturday.

The world championship leader arrives at Silverstone having won all of the last three races. But he’s alert to the challenge presented by this weekend’s new format.

“We are very focussed, just ready for the race weekend again,” said Verstappen. “Of course we have been happy with the last few races but we always look on things we can do better and that’s what we’ll try to do this weekend again.

“I always say that we always have to work on trying to put the car in the best possible state on the track in terms of set-up. And of course now with the change of format it will be a bit more difficult to nail that. But I’m looking forward to start the weekend and then we’ll find out by itself where we are.”

Verstappen was never headed in either of the previous two races, at the Red Bull Ring. But he insisted he’s in no danger of allowing his concentration to lapse.

“It’s not something new,” said Verstappen, “I’ve been leading races before in other categories since I was young so the principle stays the same.

“There’s so many things that are going on. The car is going really fast over a lap so you naturally focus because it’s not easy to drive a Formula 1 car.

“People probably think you can fall asleep or something but I think if people would jump in that car, they would come out of it within two laps, three laps completely destroyed. Or six.”