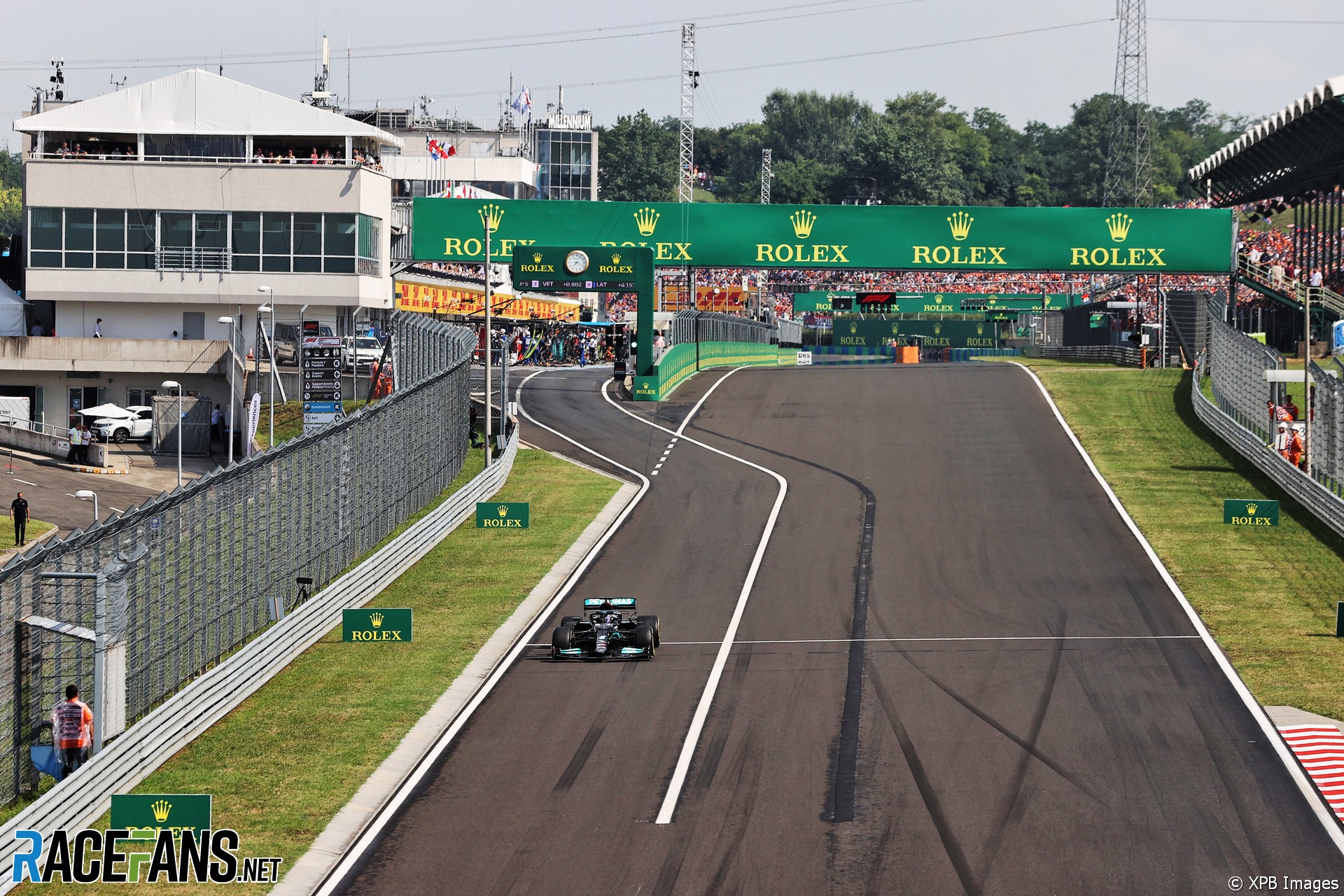 Lewis Hamilton explained the error which left him on the wrong tyres for the restart of the Hungarian Grand Prix.

The race was suspended and Hamilton was set to lead the grid on the standing restart. However as the track dried out every driver behind him pitted to switch to slicks before the restart, leaving Hamilton the only driver on the grid, still on intermediates.

“I was telling the team how the track was through the lap but they said the rain was coming, when we got in the car, so I thought they had other information and I saw everyone diving in.”

Hamilton pitted after one lap for medium tyres but emerged last, leaving him to fight his way back to the front. He made it as far as third place by the chequered flag, but out-scored championship rival Max Verstappen and retook the lead in the points standings.

The seven-times world champion told his team on the radio afterwards they had thrown an “easy” win away.

Hamilton looked exhausted by his efforts after the race. “Today was definitely tough,” he admitted, “we always make it difficult for ourselves and crazy to think we were the only ones on the grid at the [re]start but these things happen and we learn from them.

“I gave it everything and I had nothing left at the end.”

The race was won by Ocon for Alpine, who Hamilton congratulated on his breakthrough victory, which he scored ahead of Vettel’s Aston Martin.

“Huge congratulations to the Alpine team and to Ocon,” said Hamilton, “he’s been a shining star for some time now so it’s been a long time coming and I’m really, really happy for him.

“It’s great to see Aston Martin up there, their best result so far and I know there’s more to come. ”