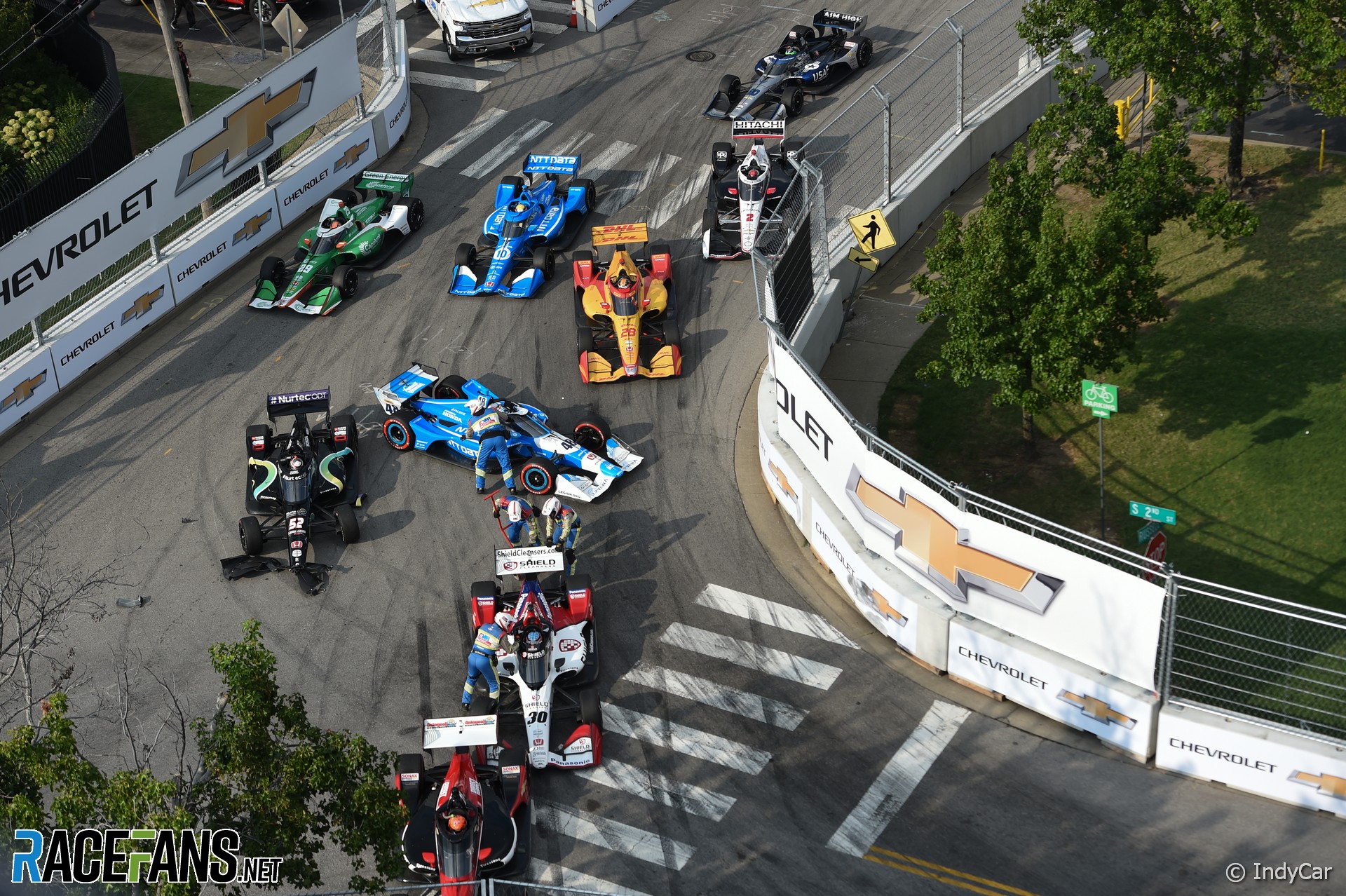 With no fewer than nine caution periods including a pair of red flags, and just 47 out of 80 laps run ‘under green’, IndyCar’s first race on the streets of Nashville was not the purest motorsport spectacle.

The category and its predecessors have seen more difficult race debuts than this. The CART Indycar championship did not return to Texas Motor Speedway after its aborted race 20 years ago. Nor has the modern IndyCar series gone back to NOLA Motorsports Park in Louisiana after its near-flooded 2015 event.

The championship will be anxious for its latest new venture to avoid the fate of its short-lived races in Baltimore and Houston within the last decade. Nashville at least managed to hold its first race, which is better than the promoters of the ill-starred Boston Grand Prix managed five years ago.

But the drivers’ reaction to the event, despite a race filled with crashes, gives much cause for optimism about the future of the Nashville event.

Scott Dixon, who registered his 125th career IndyCar podium with a second place finish, suggested much of the carnage could be avoided in future instalments of the event if drivers used more discretion at key areas of the circuit.

“Maybe driver etiquette needs to be kicked up a bit, I think,” said the six-times champion. “There were some regulars that were making some mistakes and hitting people. Maybe that needs to be looked at, or the penalties need to be stronger when you cause accidents like that.”

There were several instances of ‘cautions breeding cautions’ on Sunday, as Dixon alluded to. “It’s a tricky track, it’s really difficult,” he said. “Especially on restarts, when you’re trying to get temperature in the tyres, and knowing it was going to be somewhat hard to pass.

“There were a lot of people that were trying to make it happen on the restarts – and I totally get that. It’s a balance that you’ve got to try to work out. You look at [Colton] Herta, he made the passes happen. It can be done cleanly, like he did.”

However Dixon admitted the 11-turn, three-and-a-half kilometre course has scope for improvement before the series returns next year. “There may be some areas of track that can change a little bit, that would create some passing zones, maybe make the racing a little bit better.”

That sentiment was echoed by Dixon’s team mate, race winner Marcus Ericsson. He sees the narrow north end of the circuit – which some compared to the castle complex at the Baku Street Circuit in Azerbaijan – as an area of opportunity.

“The [turn] four through eight section is a little bit on the slow side,” he said. “So maybe there, they could open it up, and make it a little bit wider,” said Ericsson. “That could maybe help.”

Ericsson admitted his positive sentiment about the venue was potentially coloured by his improbable victory from 18th on the grid following an aerial crash.

“The track is really cool to drive. It is very tough because it’s bumpy, and there’s different surfaces. It’s a very difficult track to drive as we’ve seen all weekend. But I like that challenge. I think it takes the best out of us drivers to try and figure out all these bumps, figure out where to place the car.

“I’ve been speaking to a lot of other drivers, and I think everyone has been impressed with how much fun the track is. Because when we saw the layout, it was a bit like, ‘I’m not sure how much fun this will actually be,’ because it didn’t look that exciting on the layout. When we actually got here, I thought it was a lot more fun to drive than I expected. There was a lot more elevation from what I expected from what I seen before. It’s so cool going over the bridge and back.”

Much was said during practice and qualifying about the bumpy nature of the circuit – in particular, the jarring bumps in the transitions on and off the Korean War Memorial Veterans Bridge.

The entrance to turn nine in particular saw several crashes during the weekend – and a hair-raising save by rookie Scott McLaughlin early in the race. “If it wasn’t for those, I think it wouldn’t even make top three bumpiest tracks, I don’t think,” Hinchcliffe added.

The shortcomings of the track layout aside, drivers praised the new addition to the series’ calendar, especially the enthusiastic reaction the race received from locals. The grandstands were packed, even though not all were built until the morning of the race, prompting some displeased feedback on social media.

“The crowd in Nashville is unbelievable,” said Hinchcliffe. “You’d think this race had been going on 40 years. It’s like a Long Beach, Toronto, St. Pete in year one, and I’m excited to come back.

“To come to the race and see how many people actually took the time to show up, how many people stuck around till eight o’clock to see the end. It wasn’t just like some guy that heard some noise and walked in. These were race fans.

“There was a ton of merch, a lot of people that knew what they were talking about, who knew the drivers. It wasn’t just we got ‘dumb lucky’ putting ourselves in a highly populous city. There’s an appetite for racing here.”