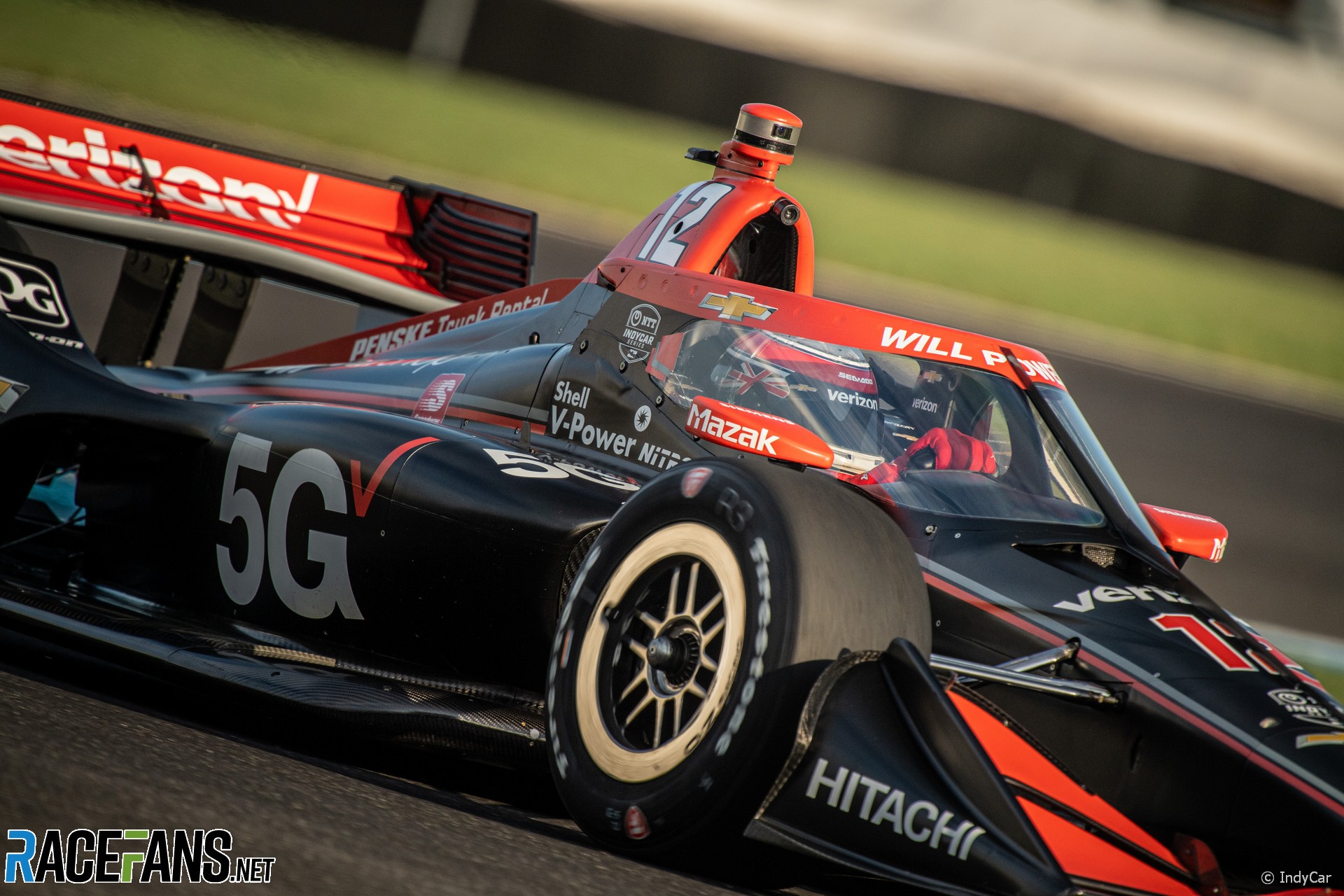 Will Power put a rough weekend of racing on the streets of Nashville behind him with a dominant victory in the IndyCar Series’ mid-summer return to the Indianapolis Motor Speedway road course.

Power started the race in second place, doing the first stint on the harder primary compound tyres, behind polesitter Patricio O’Ward, who started on the alternate compound rubber. After the first round of routine pit stops, Power took the net lead of the race from O’Ward on lap 17, and continued to pull out a margin – at one point leading by nearly ten seconds. He then found himself stuck behind James Hinchcliffe, which allowed Colton Herta and Romain Grosjean to close in by the final round of pit stops.

With seventeen laps remaining, championship leader Álex Palou’s engine failed while the Spaniard was running in fourth place – a moment that had huge championship implications – which brought out the first yellow flag of the race. When the race restarted, Grosjean dived past Herta for second position into turn one. Rinus VeeKay, the winner at the IMS road course back in May, spun at turn seven to bring out the second caution, and set up a restart with six laps remaining.

Power was able to maintain his lead after both restarts, and Grosjean had run out of push to pass well before the final restart – which paved the way for Power to take his first win of the season, leading 56 out of 85 laps. Grosjean matched his best career finish of his IndyCar career in second, and Herta bounced back admirably from his late crash in Nashville by finishing third.

Alexander Rossi finished in fourth for his best finish of the season, ahead of O’Ward in fifth. Jack Harvey scored his best finish since St. Petersburg in sixth. Graham Rahal gained nine positions to finish seventh, while Josef Newgarden gained twelve positions en route to an eighth place finish – Marcus Ericsson, and Takuma Sato, completed the top ten. Alpine Academy driver prospect Christian Lundgaard finished twelfth in his IndyCar debut, while Scott Dixon could only fight his way up to sixteenth place after starting 26th.

Palou’s retirement means that he now leads O’Ward by just 21 points with four races left in the season. Dixon is now third place, 34 points behind, with Newgarden and Ericsson closing to within 55 and 62 points of the championship lead, respectively.

This is Power’s fifth win on the IMS road course, and the 40th win of his career – moving him ahead of Al Unser Jnr for fourth on IndyCar’s all-time wins list. In addition, Power maintains his streak of 15 consecutive winning seasons, which dates back to the 2007 Champ Car World Series.

Next week, the IndyCar Series ventures to Gateway Motorsports Park near St. Louis, Missouri, for the final oval race of the season.