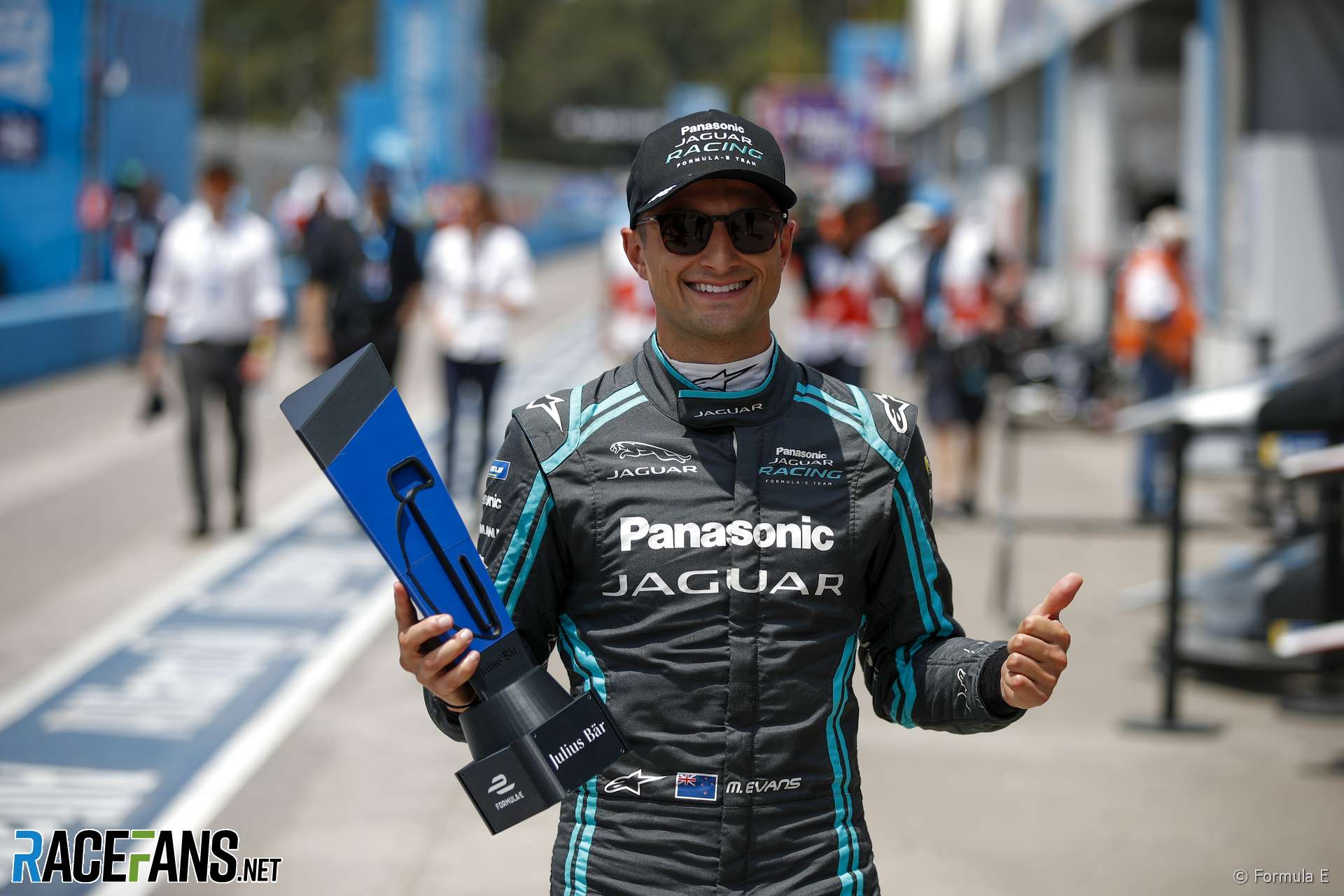 Mitch Evans, who is one of fourteen drivers still contesting Formula E’s first world title, said that the sudden reversal of the Berlin track would potentially be an advantage for drivers experienced around Tempelhof’s runway concrete.

“The lines are pretty similar, to be honest but there’s going to be more marbles,” explained Evans. “I don’t know what they’re gonna do to clean it up, hopefully they do something because it was getting pretty bad towards the end.

“Guys like us who had done it last year might have a bit of an advantage over, maybe, the rookie guys but Jake [Dennis] didn’t exactly struggle on this layout. So I think that tomorrow it’ll be the same, it’s just more making the right steps.

“Both layouts sort of require the same things because the surface is so bizarre, so aggressive, you still ask the same sort of things from the car. It just gives us another opportunity to hopefully find more than others, if we just go into the same layout then people close up more so it’s just another variable and when you’re in group one you sort of need that. We’ll see if it’s enough, we’ll find out in a day.”

Williams short on upgrades for the rest of the season

Dave Robson, head of vehicle performance for Williams, says there isn’t another major upgrade waiting after the team scored their largest points haul for years.

“There’s nothing major left to come,” said Robson. “A few little bits and pieces, there’s a few bits we tried on Friday [in Hungary] that haven’t stayed on the car but they might come back in a slightly different form later in the year.

“Otherwise, no, it’s really about optimising what we’ve got and making the most of that. There might be the odd little bit but nothing very much.”

I suppose with the future races it depends where we end up going to be, that’ll be one thing. I think it’ll just be ups and downs.

"Following the first GB3 Championship race of the weekend at Silverstone, penalties have been issued by the Clerk of the Course, which have changed the race result."

Red Bull’s second seat remains a difficult meal to dish out. Esploratore asks where race winner Gasly fits into it.

Yes, Gasly was horrible at Red Bull but at Toro Rosso [AlphaTauri] he always performed well, both before and after the demotion.

The question is: is he ready for another Red Bull shot? I wouldn’t take him for a whole season, I would want him to perform around Perez’s level after 5 races and don’t get worse after, like Perez is doing.
Esploratore