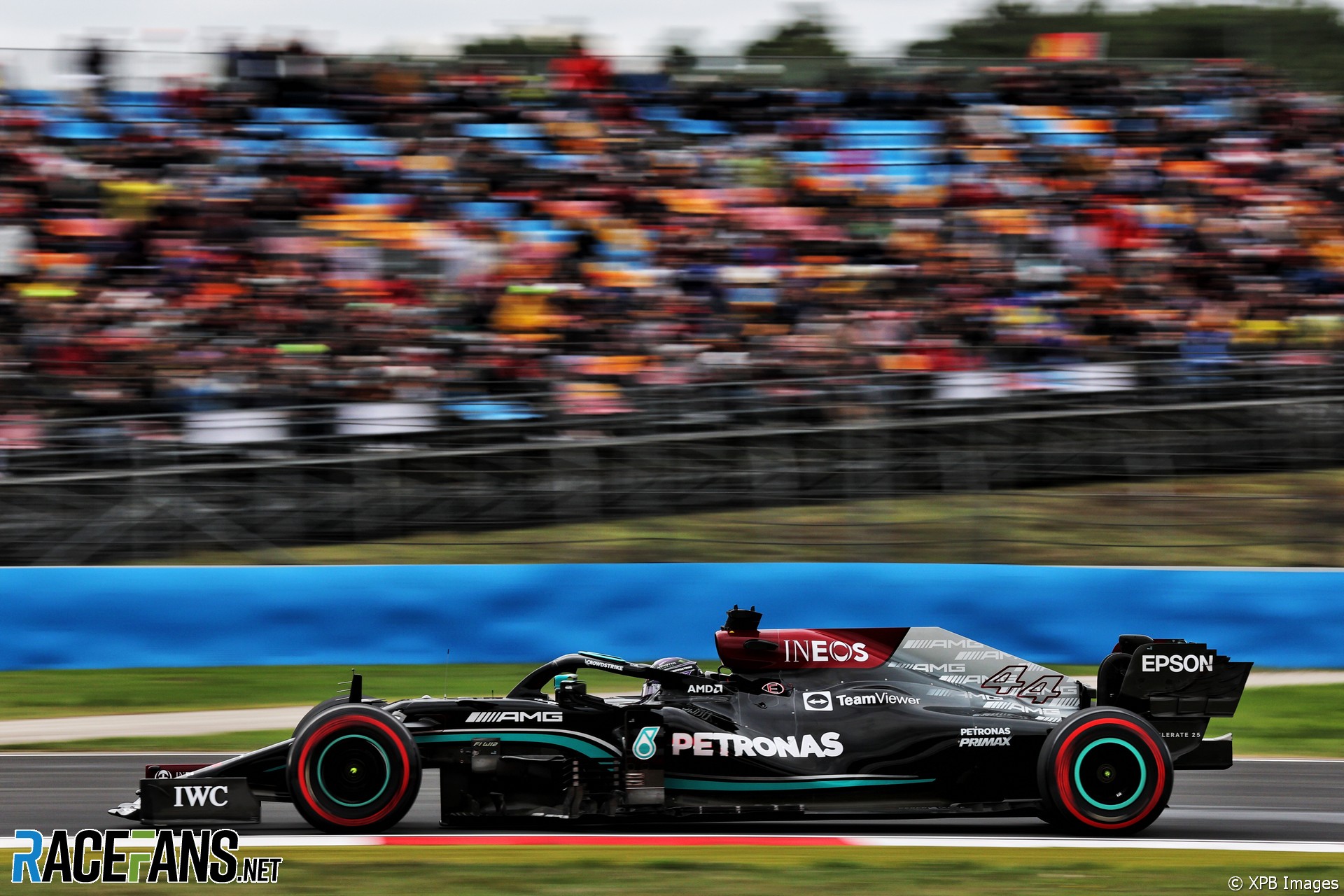 Lewis Hamilton says it will be hard to regain the places lost due to his engine change penalty in tomorrow’s Turkish Grand Prix.

The Mercedes driver was quickest in the qualifying session, which was made challenging by rain earlier in the day. But Hamilton will start tomorrow’s race from 11th on the grid after his ten place penalty.

“It was really tricky – the session, in general, because there’s still some damp patches and getting the temperature in the tyres for the first lap wasn’t easy,” said Hamilton.

“But it was a really great job by the team. I’m so happy with the performance in terms of getting us out at the right time. Tomorrow’s going to be difficult, but I’ll give it everything.”

Hamilton will start the race on medium compound tyres, which he used in Q2. Almost every driver ahead of him on the grid will have the same, except for Yuki Tsunoda who got into the Q3 on softs. Sebastian Vettel has a free tyre choice, having failed to reach the top ten.

With most drivers ahead of him running the same tyre compound, Hamilton reckons it will be hard for him to make progress.

“It’s not the easiest overtaking at the momen, and we’re all on the same tyre as well,” he said. “So I imagine tomorrow’s going to be difficult to move up.”

In Sochi Max Verstappen started last and progressed as far as seventh, until a late rain shower gave him the chance to gain further places and finish in second.

“You saw in the last race what happened with Max, for example, once he got behind sixth place or something,” said Hamilton. “But we’ve got the long straight down the back, we’ll see what we can do. Hopefully we can give the fans here a good race.”