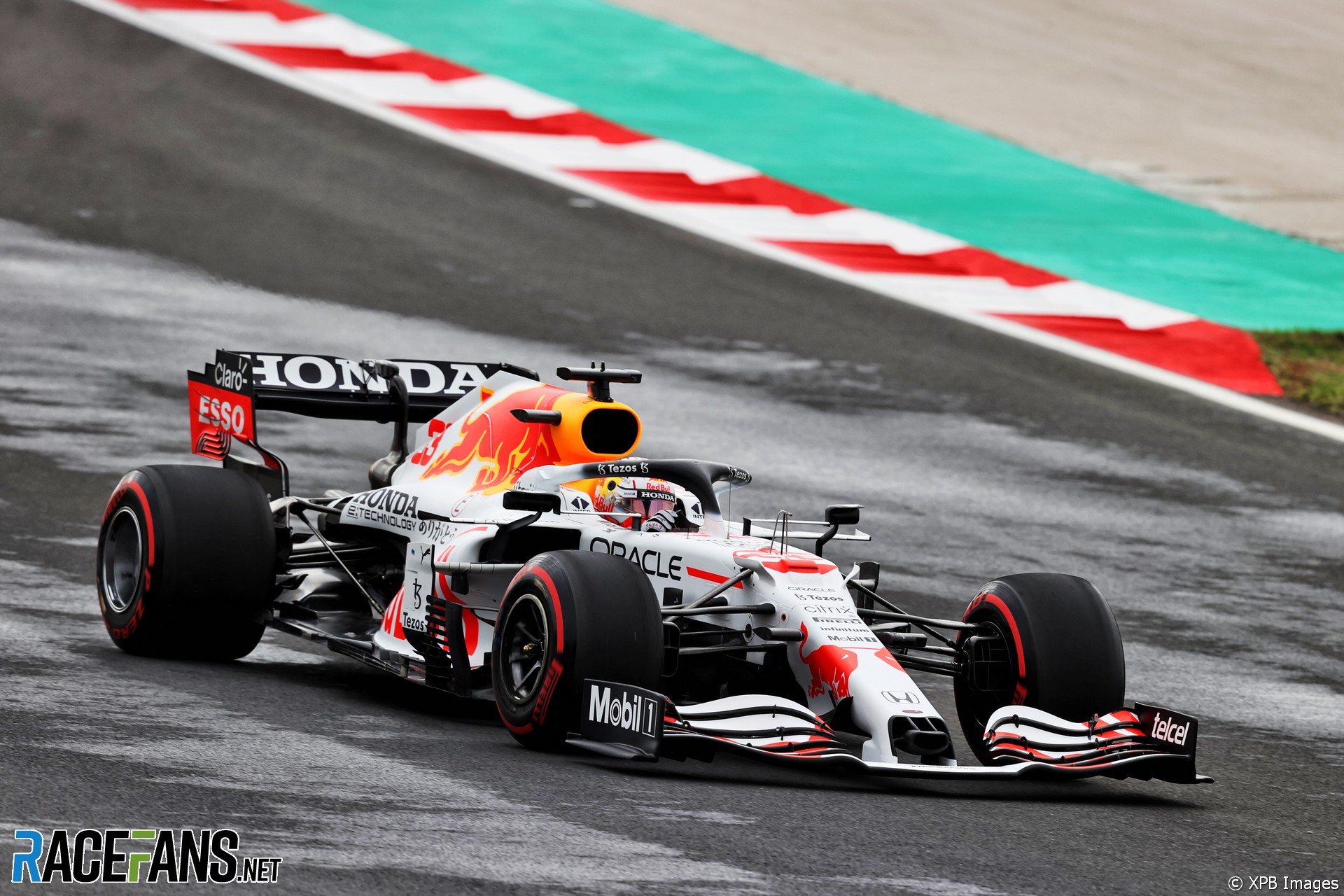 Max Verstappen says the loss of power from his battery during his final qualifying lap didn’t cost him pole position for the Turkish Grand Prix.

The Red Bull driver set the third-fastest time in qualifying, and will move up to second after Lewis Hamilton’s grid penalty.

He ended the session less than two tenths of a second behind pole-winner Valtteri Bottas. Verstappen told his team the “battery ran out too early” after his final lap.

However he doesn’t believe his RB16B was quick enough for pole position without that problem.

“The laps overall were quite good, even though on the last lap I lost a bit down the straight,” he said. “We’ll have to look into that. But there was of course not the lap time in it to fight for pole.”

After a difficult Friday the Red Bull driver looked competitive from the beginning of qualifying, where rain earlier in the morning made the track surface treacherous.

“Qualifying was quite tricky at the beginning, with the conditions,” Verstappen said. “But I think compared to yesterday, we actually managed to turn it around quite well.”

“I think quite a decent recovery compared to yesterday,” he added. “So third is the maximum today and tomorrow, lining up in second. Let’s wait and see, as well, what the weather will do overnight. But overall, I’m pretty happy.”

Verstappen is unsure whether the improved pace Red Bull had shown in qualifying would continue into the race. “It should be a bit better, let’s see how competitive we are going to be in the race,” he said.

“Also tyre wear seems quite high around this but at least now the track is a lot of fun to drive, especially the long left hand of turn eight, but we’ll find out tomorrow.”