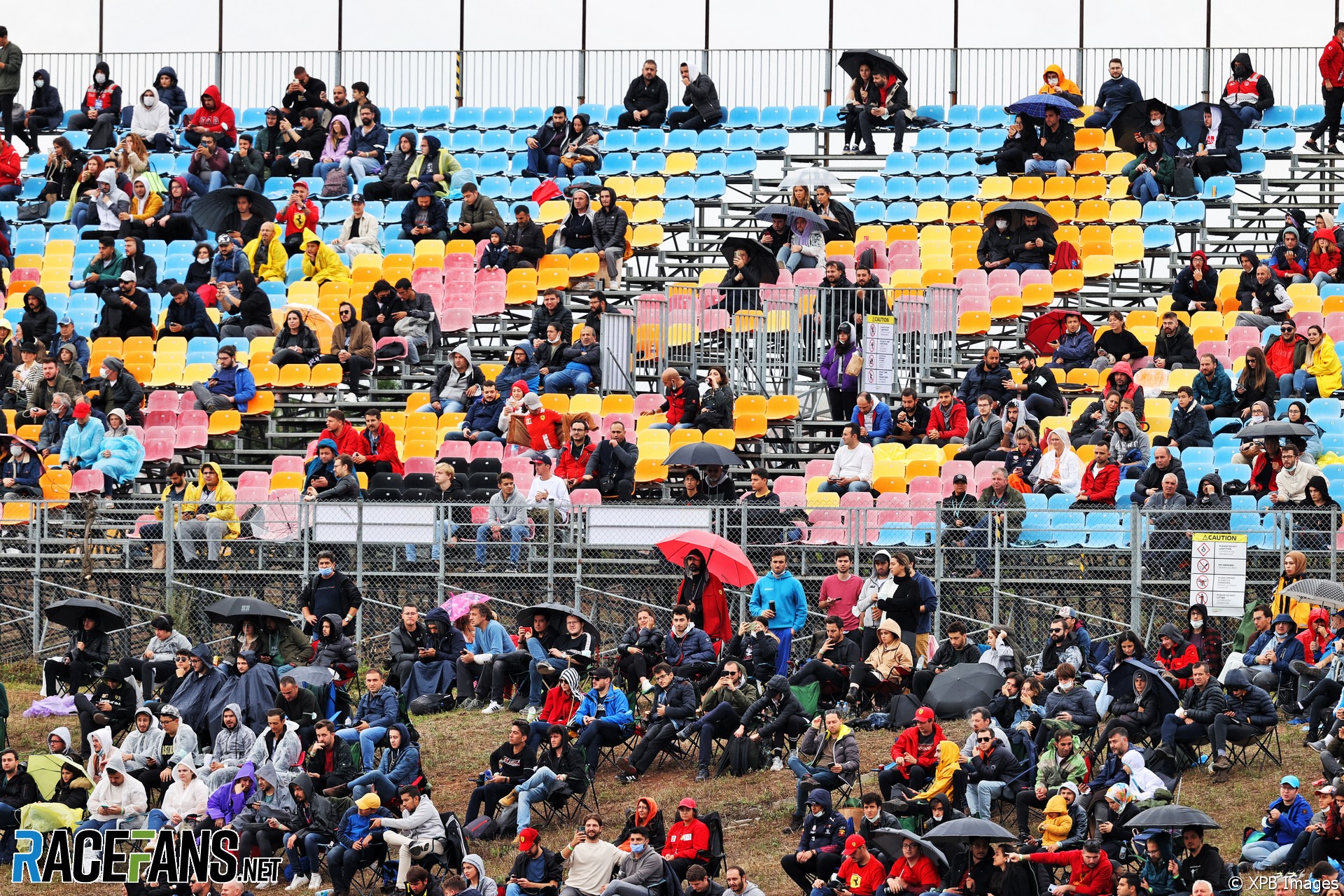 Istanbul Park was once associated with dismal attendance, but a decent crowd turned up for the ninth Turkish Grand Prix. Will it get a tenth race?

I leave my hotel at 9am; as we approach the circuit it is clear heavy traffic awaits despite a six-lane access road, three in each direction. Fortunately (for us) the traffic department demarcated one of the contra-lanes into an F1 express route, but that is to no avail at a main junction, where I watch five officers on point duty, each waving traffic in a different direction. No wonder it’s utterly chaotic.

I have an interview with a team boss scheduled but due to rain it’s postponed – he understandably does not wish to stand in rain and I’m not permitted to enter the team’s hospitality unit due to Covid-19 restrictions, yet just 20 minutes earlier I’d shared a shuttle bus with some of his team’s mechanics. A colleague later relates a similar tale after coffee (outside) with another team boss is cancelled for the same reason. 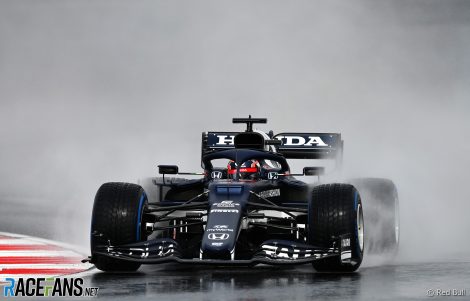 Instead, I take a walk through the paddock – rain or not – where I bump into Mark Webber, who thanks me for the Oscar Piastri piece I’d written after Monza. I hope it helps the talented young Australian make it to F1 – on his feeder series record he certainly deserves it more than most yet is stymied by lack of budget. F1 needs to put in place a form of promotion system for F2 champions.

For FP3 I grab a tabard and head out to the chicane for trackside viewing. En route I spy a Visit Qatar billboard and reflect on how the Middle East is now prime F1 territory: from zero races in 2003 to (currently) four within a radius of 1,000 miles on Bahrain, and five with Turkey. Add in McLaren’s Bahraini ownership and Ferrari’s former Abu Dhabi shareholders and clearly it’s a booming market. 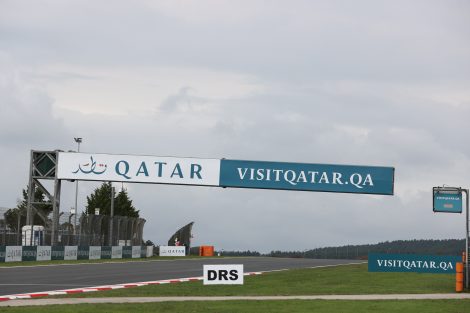 I select the chicane as my first viewing spot for two reasons: it’s closest to the media centre and thus handy should the incessant drizzle turn to rain, and it’s captivating to watch drivers shed speed from full chat to relative walking pace – in the wet, without mistake, lap after lap.

The most impressive? Yuki Tsunoda, who clearly relishes weaving his AlphaTauri through the complex. The different engine sounds are equally captivating, with the four Honda-powered cars sounding gruntier than the rest as they power out of the final turn and down the main straight. Thereafter it’s time for another Covid test, this time for my return flight. 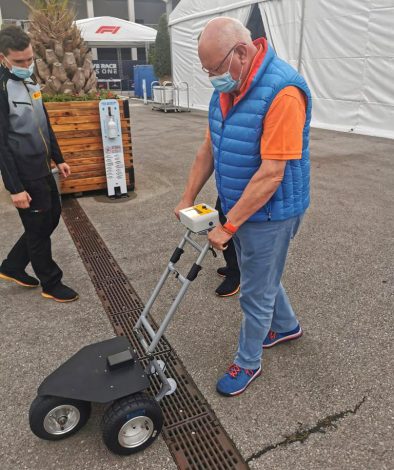 The contraption measures longitudinal grip as it is pushed along the racing line at a speed of one metre per second (3.6kph), then converts the readings into lateral grip. It works by measuring the difference in grip between the front and rear wheels. Fascinating stuff.

I leave the media centre at 9pm, having enjoyed a typical Turkish dinner consisting of döner meat, rice and salads, followed by baklava. One thing is certain: Intercity circuit staff are most hospitable and go out of their respective ways to make our visit as easy and productive as possible. That’s how I recall the media centre from 2011, and that hasn’t changed. 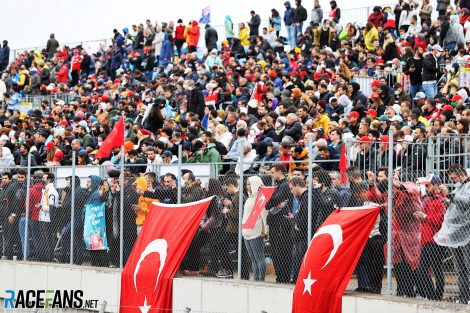 Chaotic traffic greets us on the journey to the circuit. A colleagues later relates her tale of woe about being stuck for three hours after missing F1’s express lane. It is, of course, crucial, that F1 personnel face minimal delays, but I feel for fans who suffer such inconveniences, usually twice per day. If F1 sport is serious about fan experiences, then traffic plans should form part of its circuit standards manual.

That said, it’s encouraging to note that the promoter sold 70,000 three-day (only) tickets and expects 100,000-plus fans across all three days. It marks a massive increase over 2011 – my estimate at the time was under 20,000 on race day – and bodes well for a return to Istanbul, if only as stand-in for drop-out events (potentially Singapore). However I’m told the level of hosting fee for a scheduled race put the Turkish promoter off.

During a tour of the paddock I learn China is likely to lose its slot on the 2022 F1 calendar, thus opening an April date for Imola and guaranteeing Paul Ricard’s slot – probably the final race at the Ecclestone family trust-owned venue. Discussions also confirm Sao Paulo’s race on November 14th is go after the Brazilian government lifted its quarantine requirements. Thus 22 races this year seems certain.

Travel and Covid restrictions seem to be taking their toll on F1 and teams – I hear 100 staff members (25% of the workforce) will have left F1 by the end of 2021 – not all replaced, either, with teams also losing staff. A common complaint is the level of restriction placed on them under Covid – including loss of freedom of movement after working hours. “We’re treated like kids,” said one. 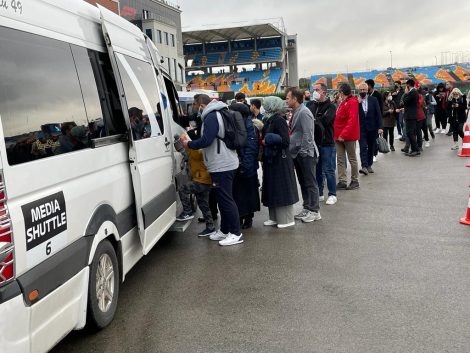 Such measures could be acceptable were they consistently applied to prevent contamination – yet the very shuttles that ferry media (and a mix of team members and other F1 personnel) post-race see service as VIP coaches. How can F1 justify regulatory ‘bubbles’ and restrictions – with bans and reprimands for breaches – under such circumstances? The world has moved on and F1 has not.

I leave the media centre at 9pm after a thoroughly enjoyable visit to Turkey, one that delivered a cracking race that ran the full distance despite the spray and unpredictable surface. I seriously hope we return sooner rather than later. I won’t, though, be in Texas in a fortnight as visa formalities at time of taking my decision means RJ O’Connell (@RJoconnell89), RaceFans’ IndyCar contributor, will stand in for me.