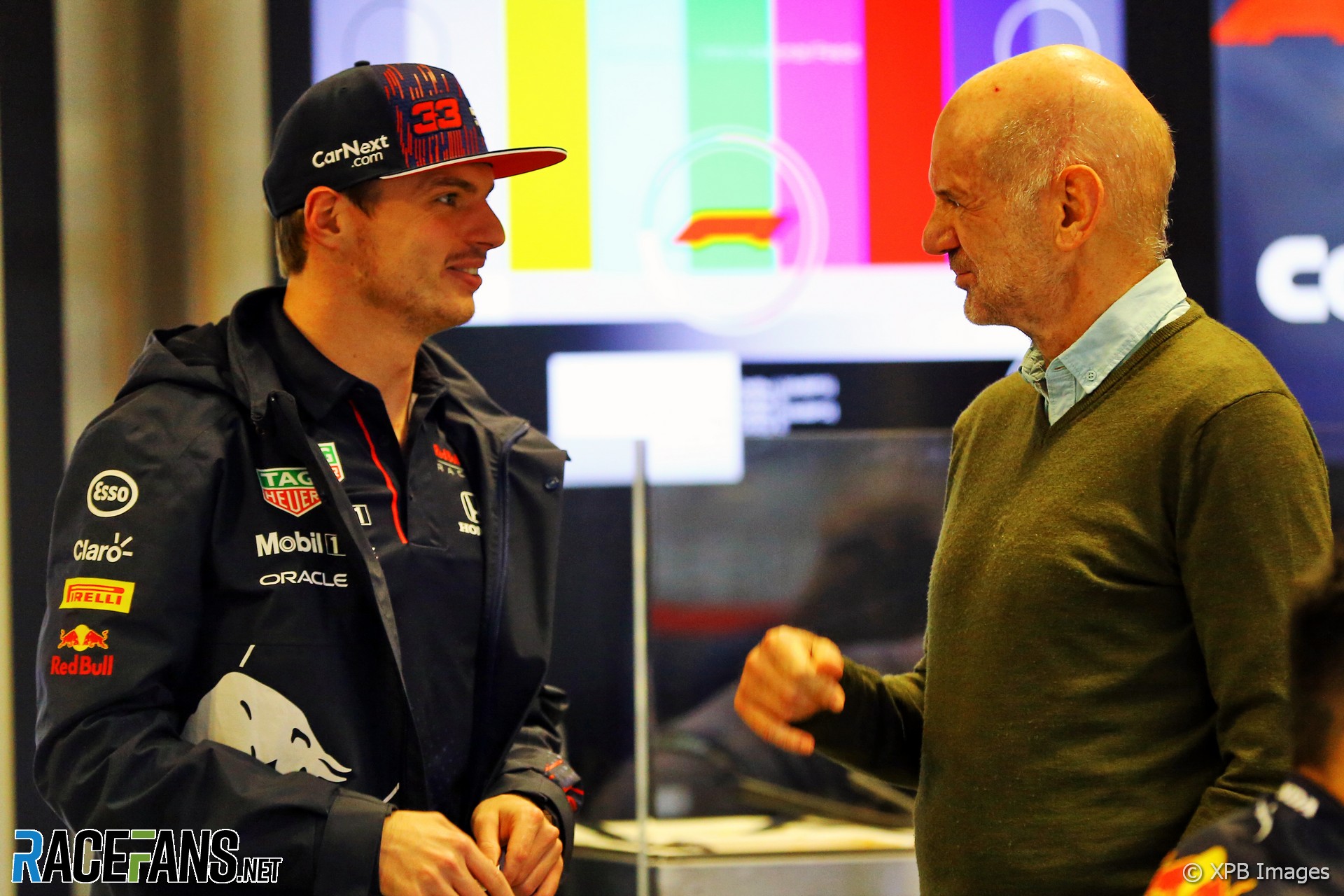 [raceweekendpromotion]Max Verstappen said he inspected Lewis Hamilton’s rear wing after qualifying yesterday because his Red Bull team believe it has been flexing excessively at speed.

The world championship leader examined his own car, then his rival’s, after Hamilton took pole position for the sprint qualifying race. Hamilton was later disqualified from the session and had to start the race from the back of the grid.

“I was clearly looking at the wing, you can see on the video what I did exactly,” Verstappen explained. “I was just looking at how much the rear wing was flexing at that point.”

Red Bull’s chief technical officer Adrian Newey is believed to have spoken to the FIA about Mercedes’ rear wing. A technical directive was issued earlier in the season imposing a tougher test on rear wings to reduce how much they could flex, which led Red Bull and other teams to make changes to their designs.

Verstappen confirmed Red Bull had discussed Mercedes’ rear wing internally. “Of course there have been talks,” he said. “And of course there are things to still look into. Because at a certain speed it seems like the wing is flexing,”

“We had, in the beginning of the season, to all change the rear wings a bit because of the back off. But it seems like something is still backing off over there, so that’s why I went in and had a look.”

The stewards took a dim view of Verstappen touching Hamilton’s car. Although they determined he did “no direct harm”, he was fined €50,000 for breaching parc fermé restrictions.

“It’s quite a big fine so I hope they have a nice dinner and a lot of wine,” he said. “I hope good, expensive wine, that will be nice and they can invite me for dinner as well. I’ll pay for that dinner, too.”

Verstappen has to pay the fine personally. “So that’s a little bit less FIFA points for me then, on my laptop.”