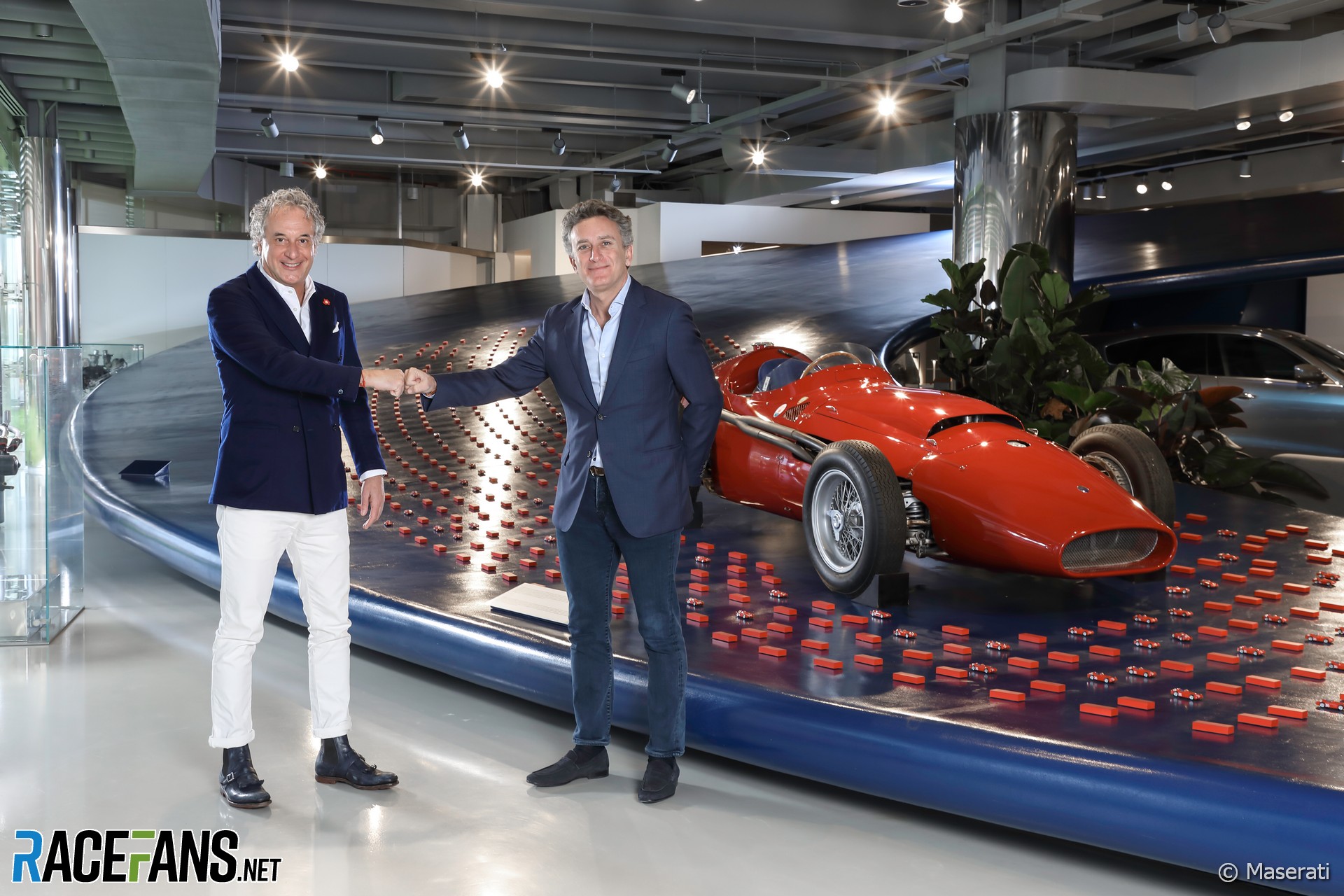 The Maserati 250F is a Formula 1 car truly deserving of the over-used description ‘iconic’. The epitome of front-engined grand prix machines was used by Juan Manuel Fangio to win his fifth and final world championship in 1957.

Now, well over six decades later, the car will finally have a successor. Maserati has confirmed it will return to single-seater racing – not in F1, but in Formula E.

This came about notwithstanding the fact the Maserati of today is part of the giant Stellantis car manufacturing group which is already represented in the all-electric championship by one of its brands – DS Automobiles. And very successfully too, the squad having scored back-to-back teams’ and drivers’ titles prior to Mercedes’ triumph last year.

It’s not unheard of for one group to run two brands in a single series: Volkswagen did this with Porsche and Audi in Formula E until last year (and in the World Endurance Championship previously). Jean-Marc Finot, the senior vice-president for Stellantis Motorsport, intends the Maserati and DS brands to lead the way for the group in promoting electric motoring.

“It’s what I want for these two brands, both of them in that category of icebreakers in electrified powertrains for Stellantis and globally in the automotive world,” he explained.

Maserati will arrive in Formula E as the series introduces its new, third-generation car next year. The ‘Gen3’ will be a lighter, more compact package boasting a significant power boost to 350kW (470bhp). Finot says Maserati will be able to transfer this technology to its new range of electric vehicles.

“In Stellantis Motorsport we are a cross-promotional organisation and we have some departments like electric motors, internal combustion engine, gearboxes that are working for several programmes. So what has been developed in Formula E, but also WEC for Peugeot, can be used for other brands like we do in corporate development with our platform and technology.”

The Gen3 machine is particularly appealing to Maserati. “It’s a high-powered car, the Gen3, with 350kW on the rear axle and using both the front and the rear axle it’s 600kW in regenerative braking, it’s close to the kind of powertrain we will use for Maserati road cars,” says Finot.

“So it’s interesting to have this bridge between racing and road cars. We will have also some specific software development adapted to Maserati handling and Maserati vehicle dynamics.”

The company is yet to confirm several key specifics of the Formula E project including whether they intend to partner with an existing team and who its two drivers will be. “We have been exploring opportunities and engaged in conversations, but we’re not ready to share yet,” said CEO Davide Grasso.

However Grasso says Maserati’s return to motorsport was a logical and necessary step following the decision to position the brand as a manufacturer of desirable, premium electric vehicles.

“For us going back to racing is a really critical move because it’s part of the DNA of the brand,” he explained. “Maserati was born out of racing and without racing Maserati wouldn’t be complete as a brand. So for us it was absolutely an integral part of our strategy for the last two and a half years.

“We are very excited about joining Formula E because it’s a new avenue, if you will, for competition, which is very much of the moment, from where the world dynamics are going, for the consumer dynamics: Sport, fashion is moving in that part of competition.”

Another important part of the series’ appeal to Maserati is the fact it predominantly races in city centres. “We spent quite a bit of time with Alejandro [Agag, Formula E chairman] and his team on the ground and we saw how they engage with the cities that they compete in, the list of cities they compete in, competing in the city centres and with the technology in electrification and the type of spirit that they bring to the competition.

“It’s very fresh, it’s very of the moment, and it’s very close to the way people intend mobility [to be]. It’s also in key cultural hotspots for the different parts of the world. It’s a very global initiative.

“So it is the combination of all these things is what made us make this move. I go back to what I said in the beginning, it’s a very natural move for us and we are very excited [to be] joining Formula E.”