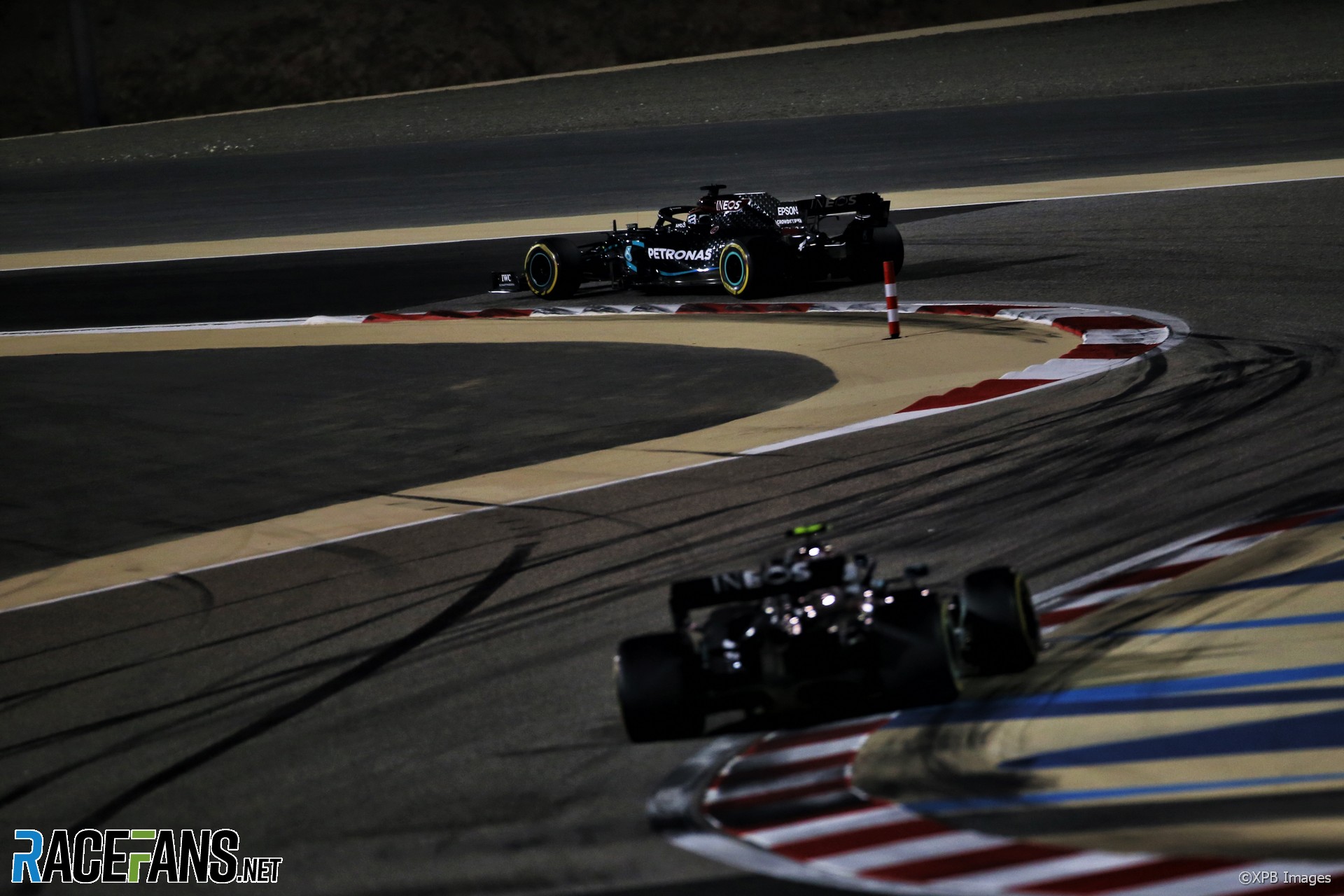 The 2022 season begins, as it did last year, in Bahrain, with a second pre-season test followed by the Bahrain Grand Prix itself on March 20th.

But when the lights go out above the grid for the first time that weekend, it will not be to signal the start of the grand prix itself. Instead, the intention is for the first racing action of 2022 – and the first with F1’s radically overhauled cars – to be a sprint race that will set the final grid order for Sunday’s 57 lap event.

Formula One insists its highly touted sprint race format gives fans more of the racing they love, but is there something else that the sport can do to add an extra layer of intrigue to what could well be the first sprint of the season?

Back in the heavily pandemic-compromised season of 2020, Formula 1 used back-to-back races at the same circuits to help flesh out the calendar amid the heavy logistical challenges presented by covid. After the Bahrain Grand Prix in November of that year, the teams remained in the nation for a second race the following weekend – this time around the alternative route of the Bahrain International Circuit’s Outer Track.

It proved an incredibly eventful and memorable race. The uniquely short length producing sub-sixty second lap times and a trio of straights leading to a high average speed lent itself remarkably well to encouraging racing throughout the field, with eventual winner Sergio Perez able to scythe his way through the field after being hit on the opening lap and dropping to the back to eventually claim a historic maiden victory.

With no plans to use the novel outer layout for future grands prix, should the sport consider adopting it for the proposed sprint qualifying race ahead of Sunday’s event around the typical grand prix configuration?

The best case to make for Formula 1 to make use of the Outer Track once again is in how popular its one-off race proved back in 2020. RaceFans readers rated the Sakhir Grand Prix as the second-best race of the season out of 17 rounds for that year, with an average score of 8.8/10.

While there were a lot of factors that contributed to that score beyond the track itself, the high speed straights leading into only four major braking zones throughout the 3.5km circuit allowed drivers plenty of opportunities for slipstreaming and out-braking, with DRS then giving overtaken drivers a chance to fight for their surrendered place back.

Beyond the merits of the Outer Track as a circuit, running on an alternative route between the sprint race and the grand prix would help to keep Sunday’s race unique and avoid diluting the spectacle of seeing two races at the same track on consecutive days.

If F1 and its teams can figure out the logistical and schedule headaches of running two configurations over the same weekend, then this could add an extra element of intrigue to the opening race of the year.

If the goal of the sprint race format is to encourage more action and racing spectacle for viewers over a grand prix weekend, then there are a lot of factors that play into that beyond simply the circuit itself.

There’s a lot more to be lost in a sprint race than gained – especially if you’re towards the front of the field. It’s no guarantee that drivers will be more inclined to risk a late-braking move if the Outer Track offers more natural opportunities, just to move up one more place on the grid for Sunday.

There’s also the fact that the Bahrain Grand Prix will be the first race weekend run using Formula 1’s radically overhauled cars. With so many unknowns heading into this new season above all others – and points available for top finishers – this is not the fairest weekend in which to throw another wildcard into the mix.

That is, assuming it would be even possible for F1 to even allow for a race at all. Teams and drivers would require at least one dedicated practice session around the alternative layout before the race – how would that fit in when all other preparation would be with the full circuit in mind?

Assuming that Formula 1 and its ten teams do come to an agreement to expand the sprint format to six rounds this season as proposed, then we may have to accept that sprint races are here to stay. At least for the foreseeable future.

If that’s the case, then why not try something different with the Bahrain Grand Prix and let the drivers loose around the shorter version of the Sakhir circuit once again.

Not only does the Outer Track carry an almost kart track quality to it, it will keep the sprint race distinct and separate from the grand prix itself. With such a short lap, there’s even a realistic chance that the leaders could even hit lapped traffic before the chequered flag at the 100km mark, adding a whole new element to sprint races we’re unlikely to see elsewhere.

The Sakhir Grand Prix back in 2020 was a unique and fascinating race that produced some of the most enthralling wheel-to-wheel action of the last few years. With cars that are supposedly better equipped to produce closer racing, it would be a powerful test of the new regulations and the sprint format itself to see what happens with a short race around the perimeter of the Bahrain International Circuit.

If there is a sprint race at the Bahrain Grand Prix, should it be held on the Outer Track layout?

45 comments on “Poll – Should F1 use the Bahrain Outer Track for 2022’s proposed first sprint race?”