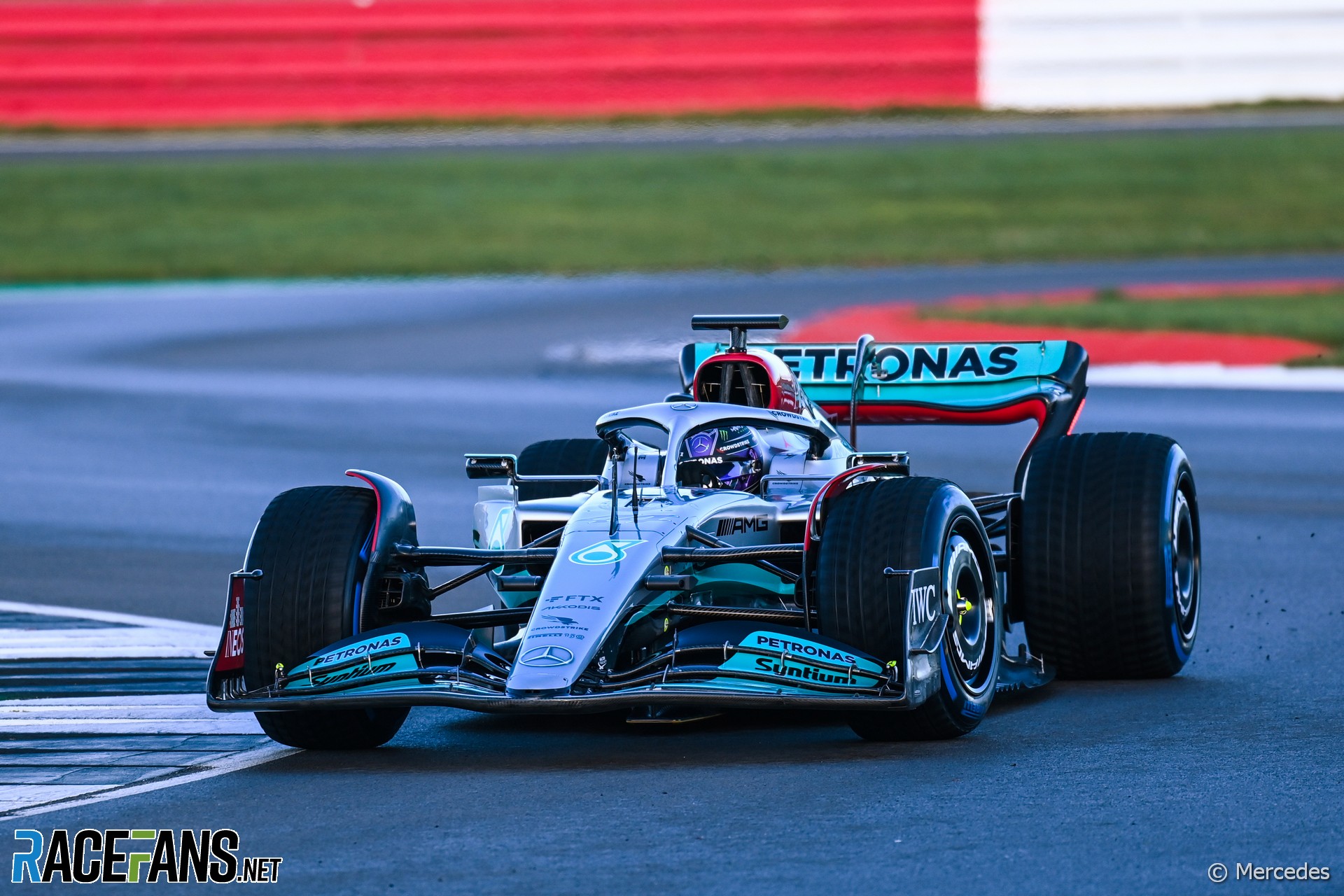 The constructors’ champions became the eighth team to reveal their 2022 challenger for the new season on Friday, before completing an initial shake down at Silverstone.

“On the chassis side, the changes are huge,” said Elliott. “We haven’t had a change as big as this one in my career.

“We have talked a lot about the aerodynamic changes, because these are most visible, and these regulations aim to improve overtaking. In fact, most of the car has had to change, which has been a huge challenge for the whole team.”

While the revised aerodynamics and body shapes accounted for the most obvious change, Elliott says that the biggest challenge was working how to best fit the W13’s internal parts into its new shell.

“Getting to the desired aero shapes has meant a complete internal repackaging, right down to the electrical layout and where we fit things like the ECU,” he explained. “The suspension has been redesigned to account for the loss of hydraulics and remote springs, now banned in the new regulations.

“Hopefully, you will also see that we have taken another step with how tightly packaged the sidepods and engine cover are. To get to this is not just a case of a shrink-wrapping exercise but requires a huge amount of redesign and simulation to make it work. In summary, it has been a massive job.”

Despite the carry-over of existing 1.6L V6 turbo power units from 2021, the engine freeze coming into effect from the upcoming season and beyond has left the team agonising over every detail, says Mercedes’ managing director of High Performance Powertrains, Hywel Thomas.

“As we’ve gone through this cycle, there are obviously huge changes in regulations on the chassis side and on the PU side, and these all add up to opportunities and challenges for an enthusiastic engineering team such as the one that we’ve got in Brixworth,” Thomas says.

“The big lap time and most obvious changes are on the chassis, but things like the E10 fuel, the freeze until 2026, those are some really, really important elements to get right. So that little bubble of apprehension is even larger than usual – have we done enough? Have we left no stone unturned? That’s at the front of our minds, which is exciting and scary all at the same time. But that’s why we’re involved in F1.”

Having shaken down the car, Elliott says that the upcoming pre-season tests in Barcelona and Bahrain will prove more important to helping the team learn about their new car than ever before.

“With the limited testing, it’s always important to extract maximum learning from those precious few days, that you can then take forward and use throughout the season,” Elliott says. “The fact the cars are so different means the amount of learning is far larger and therefore there is more to gain from testing than there ever has been before.

“All these unknowns ahead of testing and the first race are exciting, because no one knows what’s going to happen or how it will play out. It’s a challenge we’re relishing and have enjoyed getting stuck into, but we’ll only find out how good we are when the flag drops in Bahrain.”