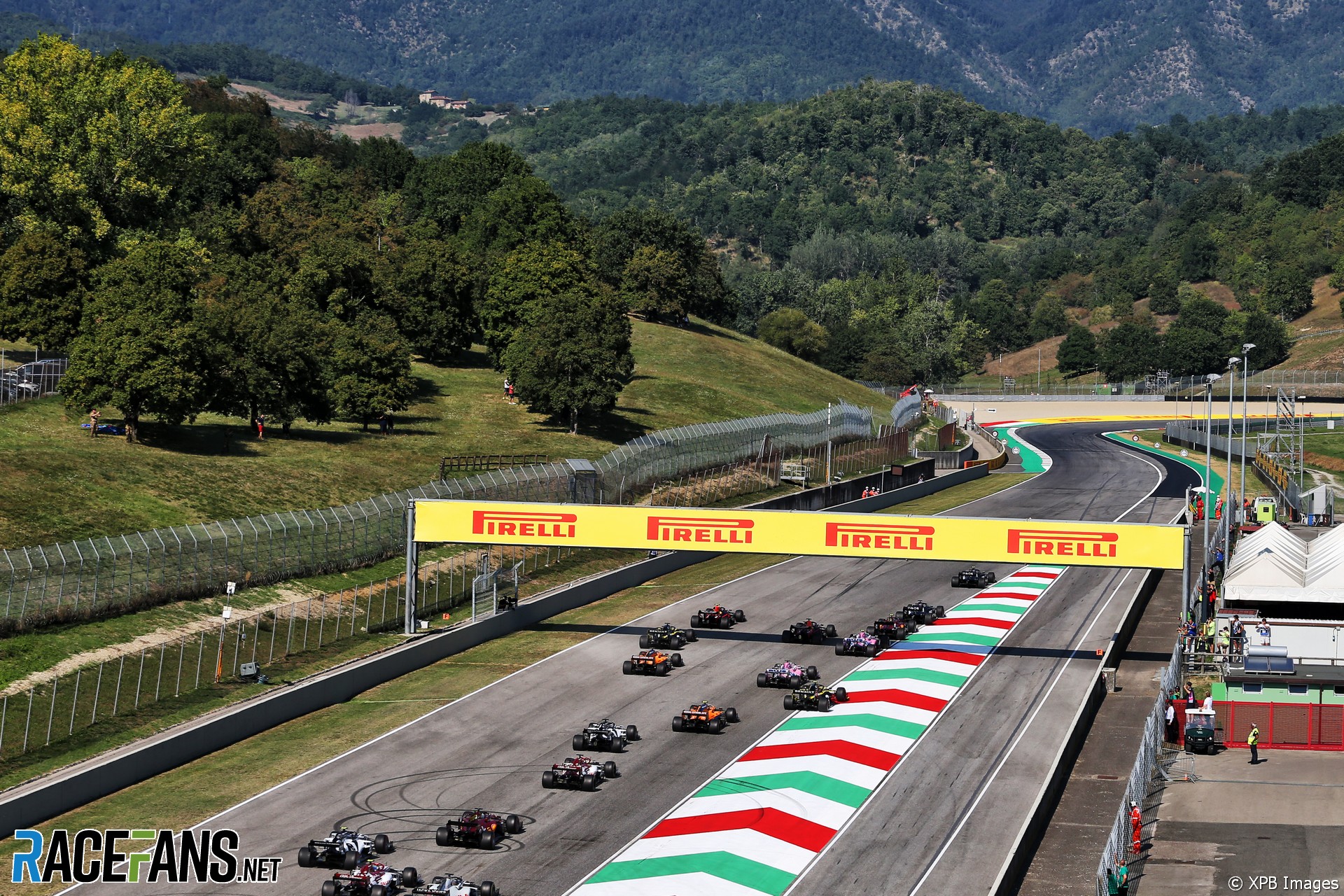 The 2022 F1 season is set to be the longest in history by the number of rounds, with 23 grands prix planned and three sprint races during the year. Steiner says that while 23 rounds is a high number, there is fan demand to justify it.

“The calendar, 23 races, is a lot,” said Steiner. “But if the demand is there from the fans, if they want to see us, we need to do it. I think we should give the fans what they want, so they stay loyal to us.

“This year with a few races back, some very, very exciting races – the night race in Singapore, going back to Australia, which is always one of my favourite races, and then a new race in Miami in the United States, which is very exciting.”

After Formula 1 rearranged the calendars of the last two seasons on multiple occasions due to the impact of the pandemic, racing at circuits that historically held races like Imola and Istanbul Park and brand new venues like Mugello and Portimao, Steiner believes changing up the calendar adds value to the championship.

“I would say the last years we had good things,” he said. “We had circuits, which weren’t on the calendar for many years and we go back to them and some of the circuits which were new like Portugal two years ago.

“But now changing a little bit around, I think it always gives new excitement instead of having a solid calendar, every year the same – it’s more of the same. What the pandemic did and what [Formula 1] came up with to get around the pandemic, I think it was very good. And now going back to some of these races, which we really like, I think is exciting.”

Ferrari academy driver Arthur Leclerc clinched the Formula Regional Asian Championship with two races to spare after dominating the first of three races in the final round in Abu Dhabi.

Pepe Marti, second in the championship, fell towards the rear of the field at the start and failed to finish in the points. Leclerc will compete in a second season of the FIA Formula 3 championship this year, alongside Crawford and fellow Ferrari acadmey driver Ollie Bearman with Prema.

Mahindra Formula E team principal Dilbagh Gill says that holding just one E-Prix at a location rather than a double-header weekend is more in the spirit of what the championship is intended to be.

Gill says he hopes Formula E will move towards holding more single races in more locations during a season as protections around Covid-19 are reduced around the world.

“I think for us, we’ve always been better on a double header on the second day, so it’s obviously really important to us that we have to hit the ground running,” Gill says. “We don’t have the luxury of sleeping overnight and then coming back much stronger the next day.

“I think it’s exciting and I’d really like to come back to single-headers – I think that’s the format of this championship, what the guys came up [with] and what we wanted it to do. I think that’s also a sign that we are still coming out of the pandemic and we can go back towards single headers.”

The biggest decision I have ever had to make done now, I am sad to say I am having to leave my dream job and F1 due to the expense of traveling, 1 month to go, thank you @McLarenF1 it has been amazing 1/2

Tap below to discover the first journey of the #AMR22.

"Every decision we have made has been towards not dumbing down the sport but making it more achievable for more of the teams and to get a closer competition going on for the future while still leaving it a meritocracy so the best teams still win."

"It's a reasonable aerodynamic loss compared to the highly developed cars that we had in 2021. The drivers will be driving something that is quite go-kart-like."

"There was a lot learned from it, even if it doesn't look that way. There is something to be said for going through various trials and tribulations, it helps you learn. I think coming from a tough year, we can put something really special together."

Joe Lloyd: 'It was an absolute stroke of luck' (Ellie does F1)

"As a department, our main role is to create edits and packages to give to sponsors or other broadcasts. When I say I work in Formula 1, people don’t think that’s anything to do with TV. People don’t realise that Formula 1 is one of the only sports in the world that has its own in-house production company."

"I think the series wants to come back to Toronto. Their decision depends on the situation in Canada - what, if anything, is the situation with sports events and how they want to deal with it. To be honest, I think it's more of a government situation than a series situation."

"Taking our all-new 2022 F1 beast for a drive. Ride onboard for Lewis Hamilton's very first lap in the W13."

Will F1’s new refereeing structure and ‘virtual race control room’ be as “great” an addition to the sport as George Russell believes it will? @Stefmeister is remaining cautious…

I’m going to reserve judgement until we see exactly what it is and how it works as right now I’m not sure I fully understand how it will be implemented or work.

I would like to see not just more consistency but also a bit of common sense as I think both have been lacking and I also would prefer decisions be made with the sport been put above the show.

I hope the changes been proposed will achieve those, But we’ll see.
@Stefmeister