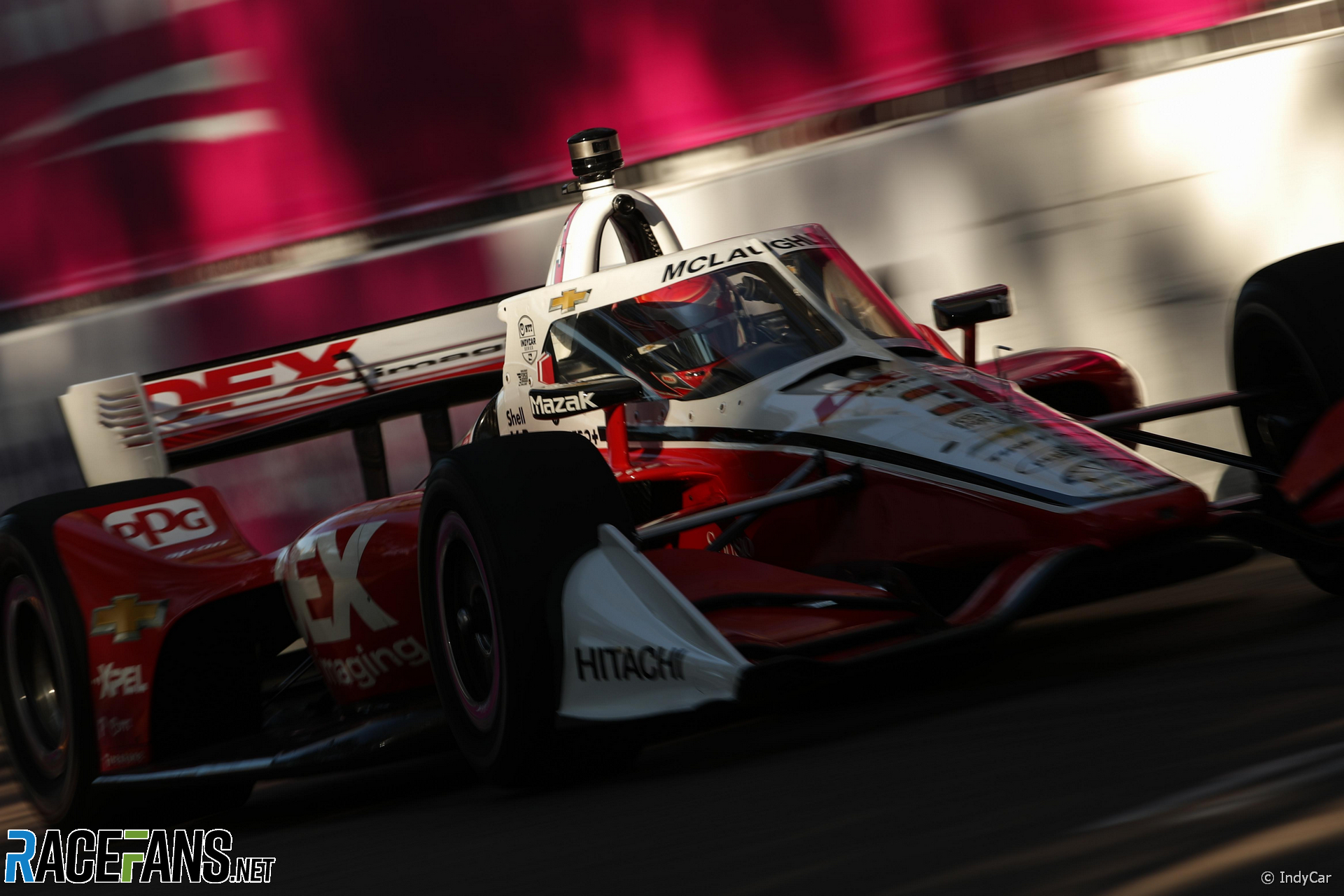 Withstanding the pressure of the reigning IndyCar Series champion Álex Palou over the closing laps, Scott McLaughlin held on to take his first victory in the series on the streets of St. Petersburg, Florida.

The second-year driver from New Zealand, previously a Bathurst 1000 winner and three-time Australian Supercars champion, led the field to the green flag, and held a commanding advantage over a 26 lap opening stint. He kept that lead until the only full-course caution, when rookie driver David Malukas crashed out at turn four.

That long safety car period brought a number of drivers on three-stop strategies to the front of the field, including Rinus VeeKay and Scott Dixon. Behind them, McLaughlin held the net lead of the race, ahead of Palou, once both drivers made their second stops on laps 64 and 65, respectively. Once Dixon made his third and final pit stop on lap 79, McLaughlin regained the lead with a two second advantage.

Negotiating lapped traffic would be a minor pain point in the final twenty laps, which allowed Palou to close in to within half a second of snatching the race victory. Palou was able to get onto the gearbox of the white and red Penske car ahead of him, but not close enough for an overtake. After leading 49 laps – nearly ten times as many as he’d led all throughout 2021 – McLaughlin held on for his first IndyCar win by just over half a second.

Will Power consolidated the final podium position in third place, putting two of Penske’s cars on the podium.

Colton Herta saved enough fuel on his final stint to finish fourth, one position ahead of his new Andretti team mate Romain Grosjean, who was fifth in his first race with his new team. Rinus VeeKay finished sixth after a long final stint, for his best result since last year’s first Detroit race. Graham Rahal finished seventh, and Dixon, who led 26 laps, finished eighth as the top car on the three-stop strategy.

Marcus Ericsson was able to recover from an end-of-line penalty on the race restart, to finish in ninth. Takuma Sato gained twelve places, driving from 22nd to a tenth place finish, also on a two-stop strategy. Christian Lundgaard ran in the top ten until the closing laps of the race, but still finished as the top rookie in 11th, one position ahead of McLaren SP driver Pato O’Ward in 12th.

Helio Castroneves finished 14th in his return to full-time IndyCar competition, while Alexander Rossi dropped out of the top ten, to 20th following a slow pit stop.

The second round of the IndyCar Series will be in three weeks’ time, for the 600 kilometre oval race at Texas.