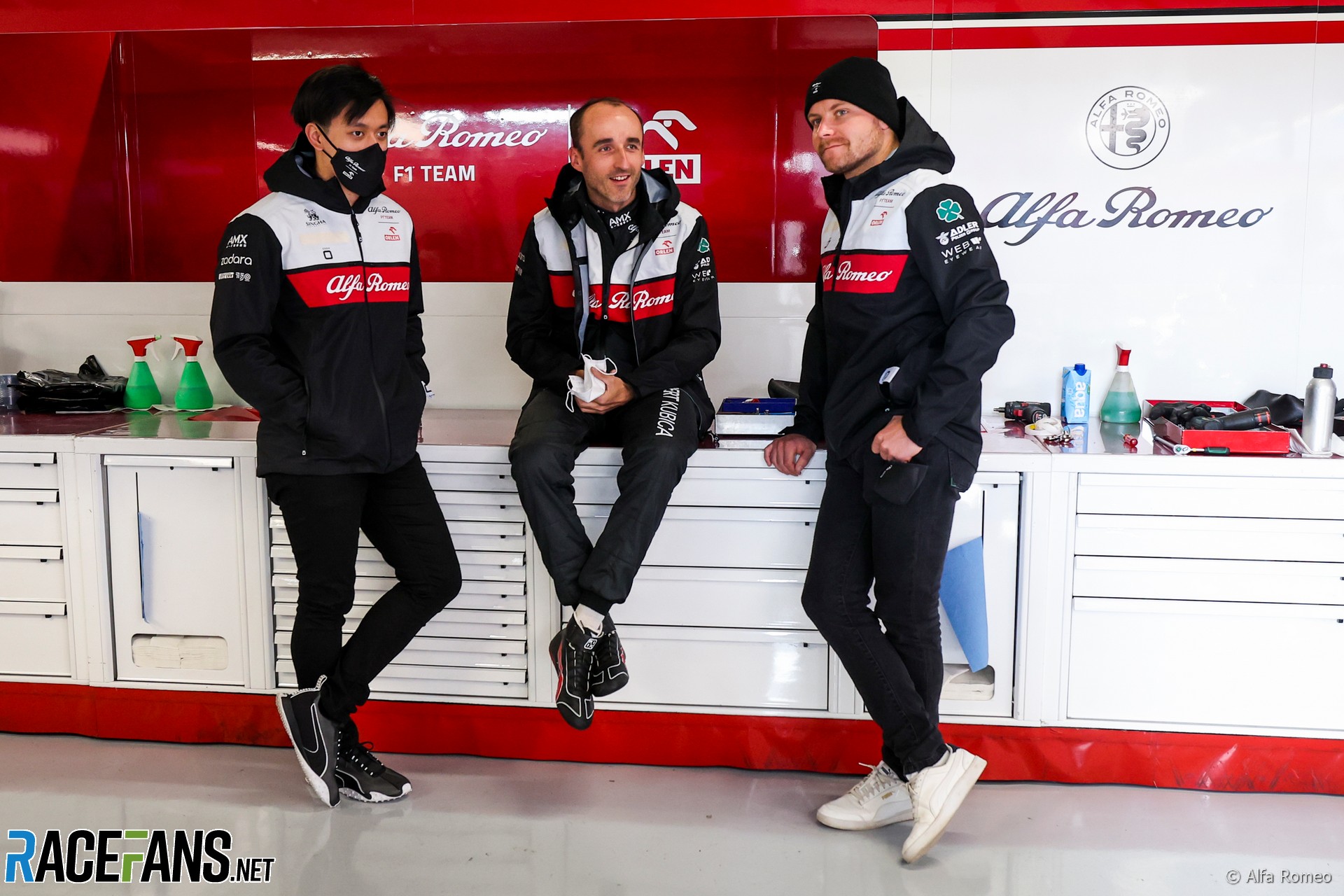 In the round-up: Valtteri Bottas says he will support rookie team mate Guanyu Zhou as much as possible at Alfa Romeo this season

Valtteri Bottas says he will support rookie team mate Guanyu Zhou as much as possible at Alfa Romeo this season.

Zhou will make his Formula 1 debut this month at the season-opening Bahrain Grand Prix alongside Bottas who has moved to Alfa Romeo from Mercedes for this season.

“I have good experience in the sport and having a rookie team mate, he will need support and I’m ready to give that,” said Bottas. “In the end, if we want the results in the future, in the years to come, we need to be able to work together.

“I’m sure we can work well together and I’m going to help Guanyu as much as I can on his journey to become a complete driver in Formula 1 and a competent driver. So I look forward to it. He’s a nice guy and he’s got the will to work hard, so I’m sure we can achieve good things together.”

Resurfacing work has begun at Spa-Francorchamps’s famous Eau Rouge and Raidillon sequence as the latest phase of major modifications being made to the circuit for the 2022 racing season.

The circuit shared images of work in progress resurfacing the track around the famous uphill kink on social media.

The work comes after the run-off and grandstands at the corner have been moved further back to help improve safety in the sequence following a series of troubling accidents last year.

Penske performance not hampered by moving to three cars – Power

Will Power says that the performance of Penske has not been affected by the team downsizing to a three-car entry for this year’s IndyCar series.

Power and team mates Josef Newgarden and Scott McLaughlin are Penske’s three drivers this year after Simon Pagenaud moved to Meyer Shank for 2022. Asked if losing a car could affect the team’s performance, Power said “no, not really”.

“We got some of the guys from that fourth car, which probably added a little bit of quality to the pit crews, but the pit crews were already pretty solid. Penske can comfortably run four cars and not really take away from anything. It’s just a little more quiet in the engineering office now.”

After finishing the 2021 season in fifth place with Scuderia, @smgirlracer26 stays with the team for 2022. 💪 pic.twitter.com/4zSG1s4p66

"I'm really looking forward to Silverstone, Suzuka, all these (type of) tracks. So, if we are able to be a lot closer to each other in racing that could make a lot of adrenaline, which is always what we are looking for. So, excited for that."

"Formula 2 hit the track in Bahrain ahead of their season opener for testing."

After Nikita Mazepin lost his seat at Haas for this season, @jackysteeg thinks the team should look elsewhere than reserve driver Pietro Fittipaldi to replace him…

Hard to see how this could have gone any other way. Once the funding was compromised, there’s no justification in keeping a driver who got so thoroughly thrashed by a fellow rookie.

Nothing against Pietro but for Haas’ sake they need to look elsewhere. The lack of experience among the drivers has and will continue to hurt them. Sure, Mick has a year’s experience, but I can’t imagine he’s learned much driving the slowest car alongside F1’s slowest driver. If Haas seriously expect to move up the grid this year, they absolutely need a more experienced driver in the other seat to aid development.
@jackysteeg