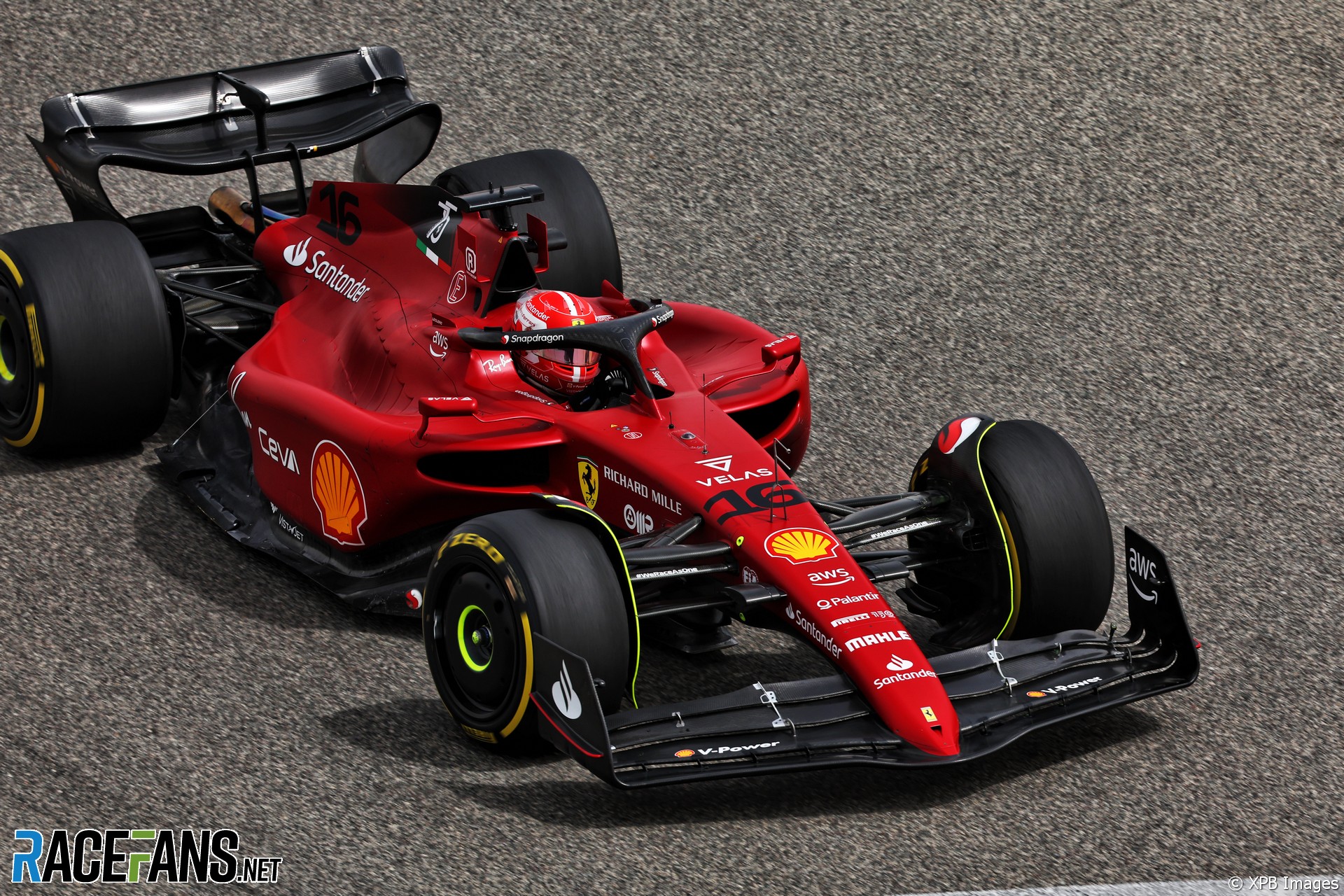 Charles Leclerc was encouraged by Ferrari’s productive pre-season tests but said he is unsure how competitive the team will be in the first race of the new season this weekend.

“It’s definitely been a smooth six days of testing,” said Leclerc as F1’s pre-season running drew to a close in Bahrain last week.

“It’s definitely one of the smoothest preparations I’ve had for a season,” he added. “No major issues.”

Ferrari covered more kilometres in testing than any team bar Mercedes, who only did a handful more. Leclerc said it was an impressive start for the team given the radical change in technical regulations for the new season.

“On such a new project you always expect to find some barriers in the way,” he said. “For now, apart from proposing which is still kind of an issue in some conditions, it’s been quite smooth and we managed to just keep improving.”

However he hasn’t drawn any conclusions regarding how competitive Ferrari may be. “As we’ve seen Red Bull had quite a new package [on the final day], Mercedes had a complete new car and didn’t really show their potential. Actually everyone seems to be quite close at some point or another.

“So for now it’s very difficult and that’s why I think we need to really stay cautious because it’s nice to be in the front but it doesn’t mean anything for now.”

“Everyone is impressed like everyone was impressed in ’18, ’19, ’17 and we all know testing means nothing,” he said. “So I don’t know why people keep falling into the same trap year after year of trying to analyse testing too much.”

He rejected Lewis Hamilton’s claim the testing times showed the season was likely to begin with a one-two for Ferrari or Red Bull. “Same thing,” said Sainz. “Typical Mercedes, typical Lewis. Nothing new to me.”