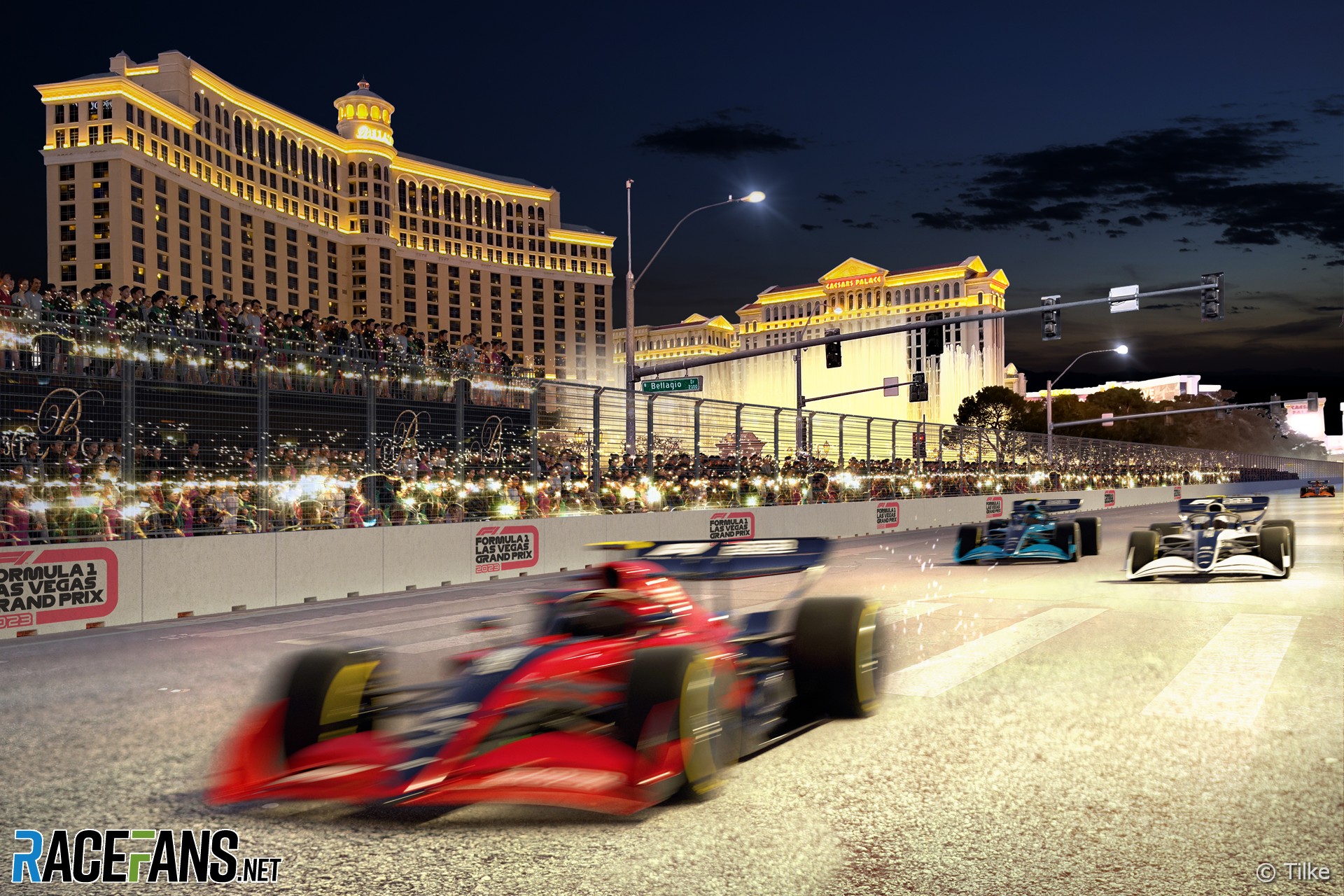 The championship, which hasn’t held a race outside of a Sunday for 37 years, announced the break with convention for its new addition to the schedule. The new Las Vegas round will take place in November next year.

Domenicali confirmed the race will start at 10pm local time. That means the race will begin at 6am on Sunday morning for those in the UK and an hour later for those in central Europe, unless it is held in the first weekend of November, when both times will be an hour earlier due to the daylight savings schedule in America.

“I think that is a perfect time and perfect slot for that event in this context,” said Domenicali.

Holding the race on Saturday night means the cars will race under lights along the Las Vegas Strip. Arranging a typical 3pm start “would be a total mistake,” said Domenicali.

“That’s the reason why we are flexible. We are showing that’s the right moment to have the best show in this context. I don’t see any problem on that.

“If you think actually what is, in terms of timing in Europe represented the racing time we have decided, 10pm Saturday night [in Las Vegas] is perfect because also that audience will be connected.”

F1 has agreed a three-year deal to race in Las Vegas. Domenicali said the series’ third race in the USA, joining the rounds in Austin, Texas and Miami, Florida will perfectly represent the modern championship.

“We are a sport that needs to make sure that the racing is real,” he said. “But adding real racing in an incredible context is the perfect combination of what Formula 1 stands [for] today.

“It’s emotion, it’s passion, it’s a business, it’s relationships, it’s culture and it’s intensity. And this is the reason why this is the perfect place to be.”