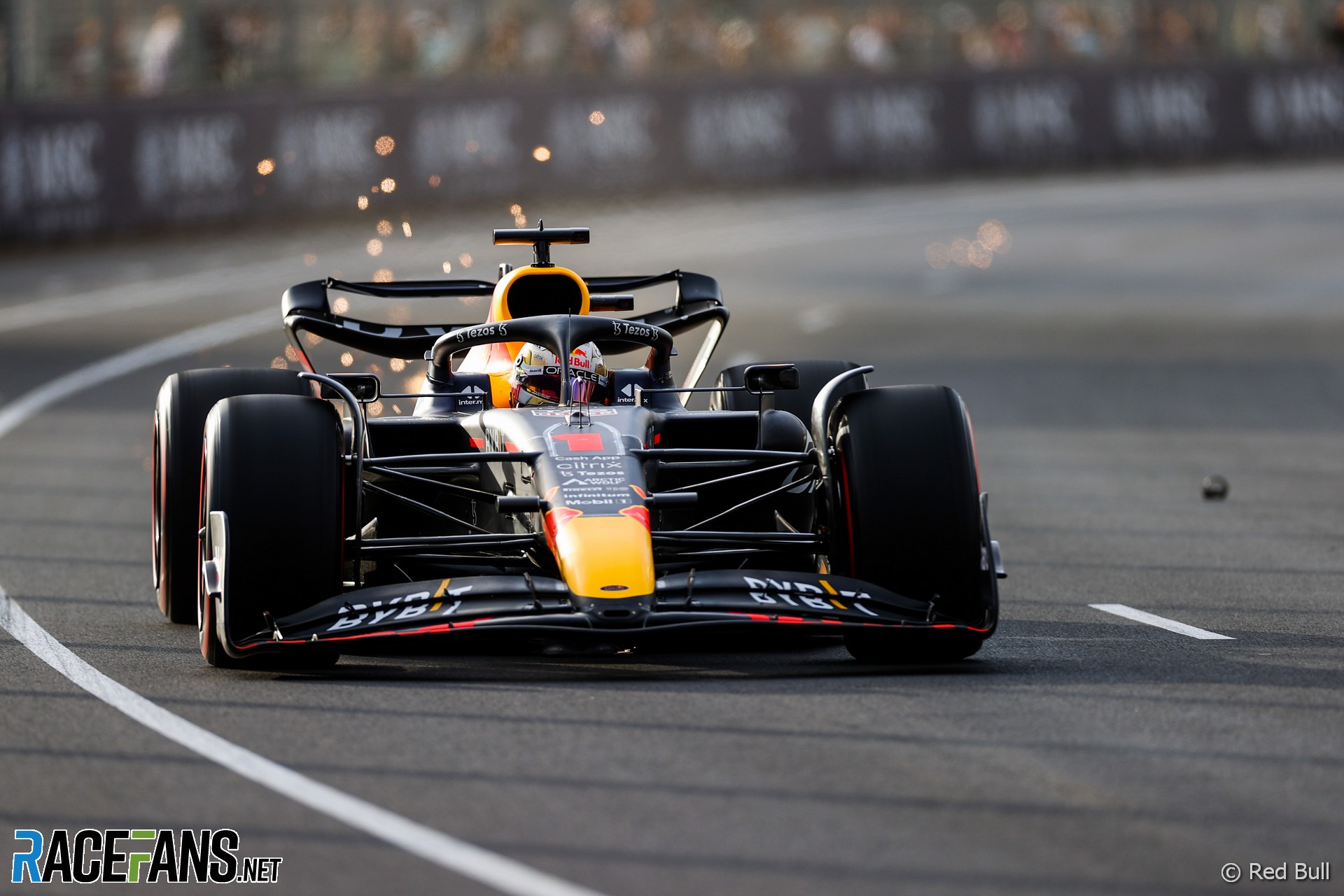 Max Verstappen criticised the FIA’s decision to remove the new DRS zone from the Albert Park circuit on safety grounds.

A new, fourth DRS zone was added to the remodelled track for the first time this weekend on the approach to turn nine. However it was removed following Friday practice by FIA Formula 1 race director Niels Wittich, who said the change had been made “for safety reasons”.

Verstappen said he disagreed with the change, claiming the original track layout was no more dangerous than at the Jeddah Corniche Circuit which F1 raced at two weeks ago.

“Of course, with taking away one DRS zone, it’s going to be harder [to pass],” he said.

“I don’t really understand why they took it away, because it was much safer than what we do in Jeddah, for example. So it’s a bit of a mystery to me why that happened.”

He suggested the change was made because one of Red Bull’s rivals objected to it.

“There was only one team who complained about it and it got removed this morning,” he said. “So I don’t really understand because for me, it was way easier than doing it in, for example, in Jeddah because there was way more corners.

“For me there was never any issue with driving there with the DRS open. You have to ask the FIA why they took it away. It’s a shame because it would have helped the racing.”

Charles Leclerc said the extra DRS zone had aggravated the ‘porpoising’ Ferrari have suffered during the race weekend.

“I haven’t spoken about it yesterday or at the drivers’ briefing,” he said. “On our side with the heavy bouncing that we have with a DRS it was quite tricky sometimes. But with or without it’s not a big difference for us.”

The change to the zone was announced shortly before the start of final practice. Mercedes team principal Toto Wolff revealed he was unaware of it until the session had begun.

“I found out about it in the session,” he said. “The guys knew, the engineers knew it. I don’t know why it was changed and it made life difficult for everybody. But it is what it is.”