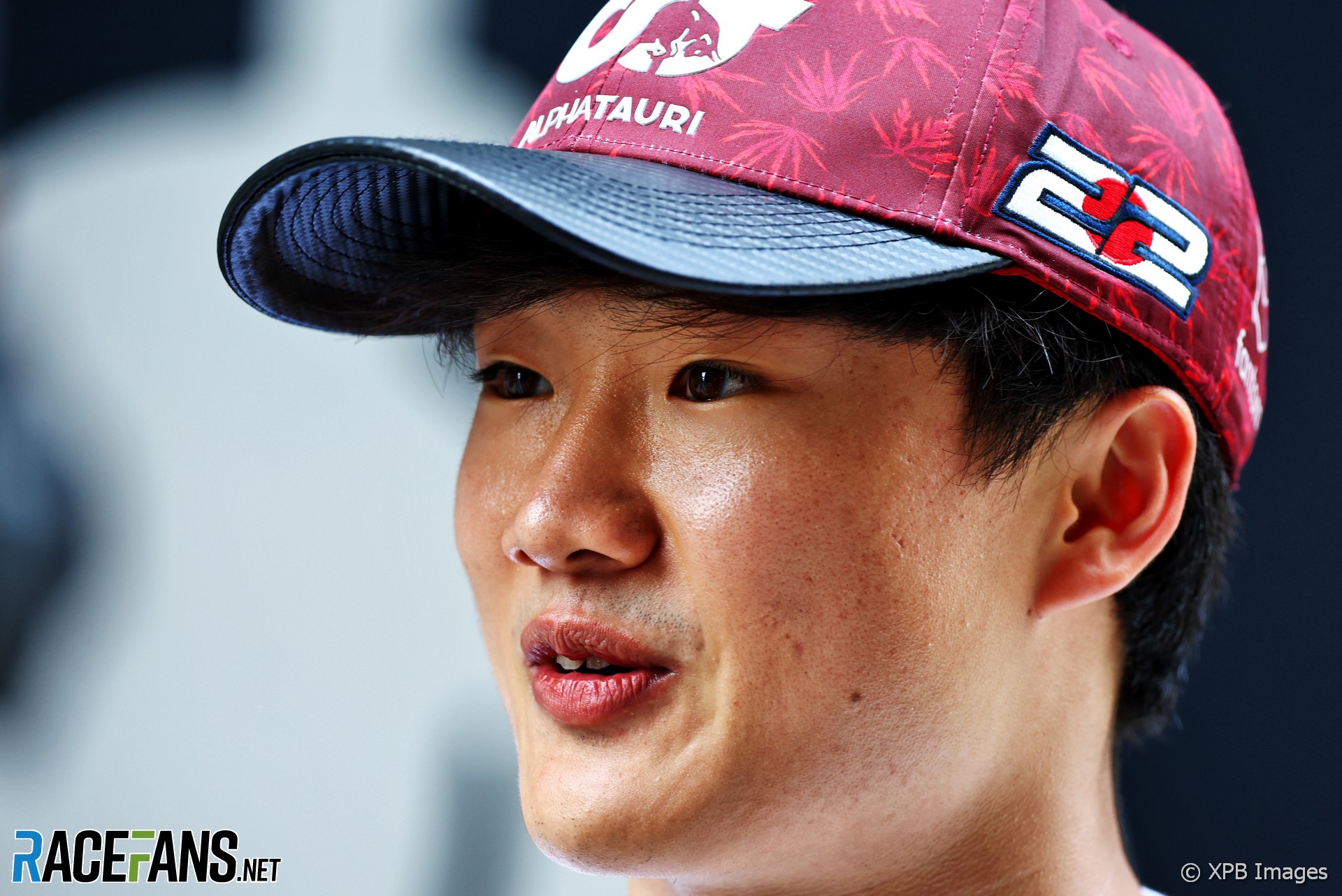 Yuki Tsunoda says that he is “more in control” as a driver in his second season in F1 after the first four races of 2022.

The AlphaTauri driver endured an often difficult rookie season, finishing 78 points behind team mate Pierre Gasly in the drivers’ championship. However, after four races in 2022, Tsunoda leads his team mate by four points.

At the last round, the Emilia-Romagna Grand Prix, Tsunoda scored his best result of the season far, with seventh place. “I think the race I had in Imola was the best feeling I had in terms of confidence,” Tsunoda said. “As a race, I would say Imola was the best.

“It was kind of similar as in Abu Dhabi [last year], P4. I think we’re making good progress. So, I’ve just got to kind of keep doing it, I guess.

“Increase more confidence. Obviously you have to do a step-by-step different approach as to what I had in the first half of season. But I already have good experience and I learned a lot of things last year, so I do hope that I can keep making this progress and having good results.”

After the strong performance in Imola compared to his team mate, Tsunoda says he feels that he is in “more in control” of his car in 2022. “I think it’s a different feeling compared to last year,” he said.

“It’s too early a stage to say I’m now feeling comfortable or I have the confidence that I deserve because I just did four races. But I think I’m feeling different compared to last year.

“I’m more in control, I would say. I can control more situations. I know how the team’s thinking. I would say it’s better.”

Heading into the Miami Grand Prix weekend, at a venue which is new to every driver on the grid, Tsunoda believes his experience learning so many unfamiliar circuits in 2021 will help him to adapt quicker than his rivals.

“It’s a new track. Obviously, we have to rebuild confidence,” said Tsunoda. “But I would say I know how to approach facing a new track.

“Last time, a lot of tracks were first time [for me] and I struggled in the first half [of the season]. By the second half, I kind of got used to those situations to face a new track. Just do it step-by-step and also use that experience that I’ve gained last year and I think we will be okay.”