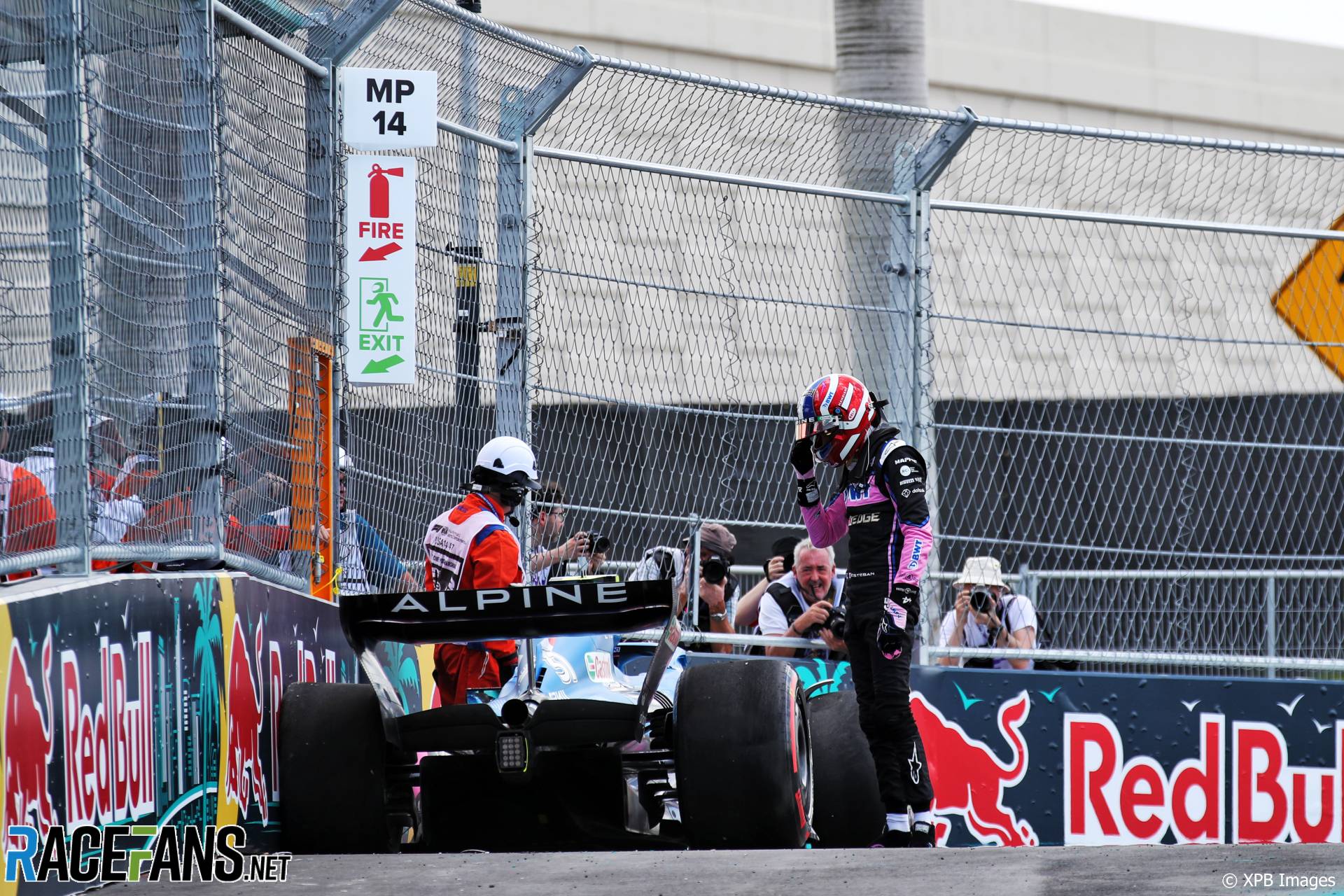 Sergio Perez led the final practice session for the Miami Grand Prix while team mate Max Verstappen suffered a scare when he narrowly missed the barrier with a late spin.

He was in a better position than Esteban Ocon, however, as the Alpine driver crashed early on and failed to set a time.

Verstappen, who missed out on so much running during first and second practice, was eager to get out on track when the session began. The world champion left his garage on medium tyres for an apparent long fuel run.

With many other drivers having missed out on running yesterday due to the red flags in second practice, several joined him, while Charles Leclerc opted for soft tyres instead.

Verstappen set an early fast lap on the mediums, only to be beaten by Leclerc with a 1’31.706 on the soft tyre. Verstappen then reclaimed the top spot, beating Leclerc’s time comfortably – despite remaining on the medium tyre – at 1’31.355.

Alpine confirmed their driver was taken to the medical centre for checks but cleared to return to his team. It remains to be seen if his A522 will be repaired in time for him to participate in qualifying.

The session restarted with 33 minutes remaining and a line of cars keen to get back out on track. The soft tyre runs began in earnest in the final 20 minutes of the session but no driver was initially able to best Verstappen’s medium tyre time. Eventually, with 17 minutes to go, Leclerc set a 1’30.981 to beat the Red Bull at last. 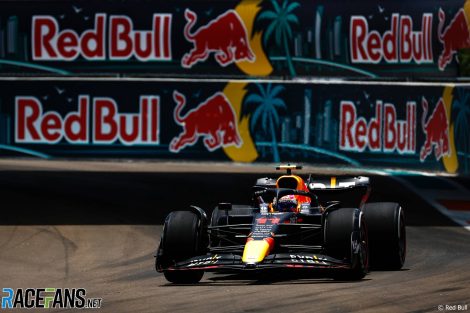 Perez set the pace ahead of qualifyingPierre Gasly was shown the black and white flag for crossing the line at pit exit, after having a lap time cancelled. Later in the session he bemoaned his car’s handling, saying it was “bouncing everywhere like a kangaroo”.

As yesterday, drivers struggled to stay on-line, one clearly-rubbered pathway emerging with the rest of the track treacherously low in grip.

McLaren only started their soft tyre runs relatively late in the session, both drivers having gone out on hard tyres for their initial runs. Daniel Ricciardo leapt to fourth-fastest, from the rear-end of the times, on his first fast lap and Lando Norris to sixth. The pair were split by Alexander Albon’s Williams, once again well inside the top ten times.

Perez improved to take the fastest time from his team mate and set a 1’30.304, beating Verstappen by more than three tenths of a second. Trying to beat it, Verstappen went sideways through turn 14, bounced over the inside kerb and came to a rest close to the wall at turn 15. Having spared his mechanics a last-minute repair job before qualifying, he was able to continue back to the pits.

Leclerc split the Red Bull drivers’ times just before the chequered flag, with no other drivers managing to improve into the top three. However Mick Schumacher set an impressive time to take sixth-fastest, Kevin Magnussen coming across the line after him in eighth.