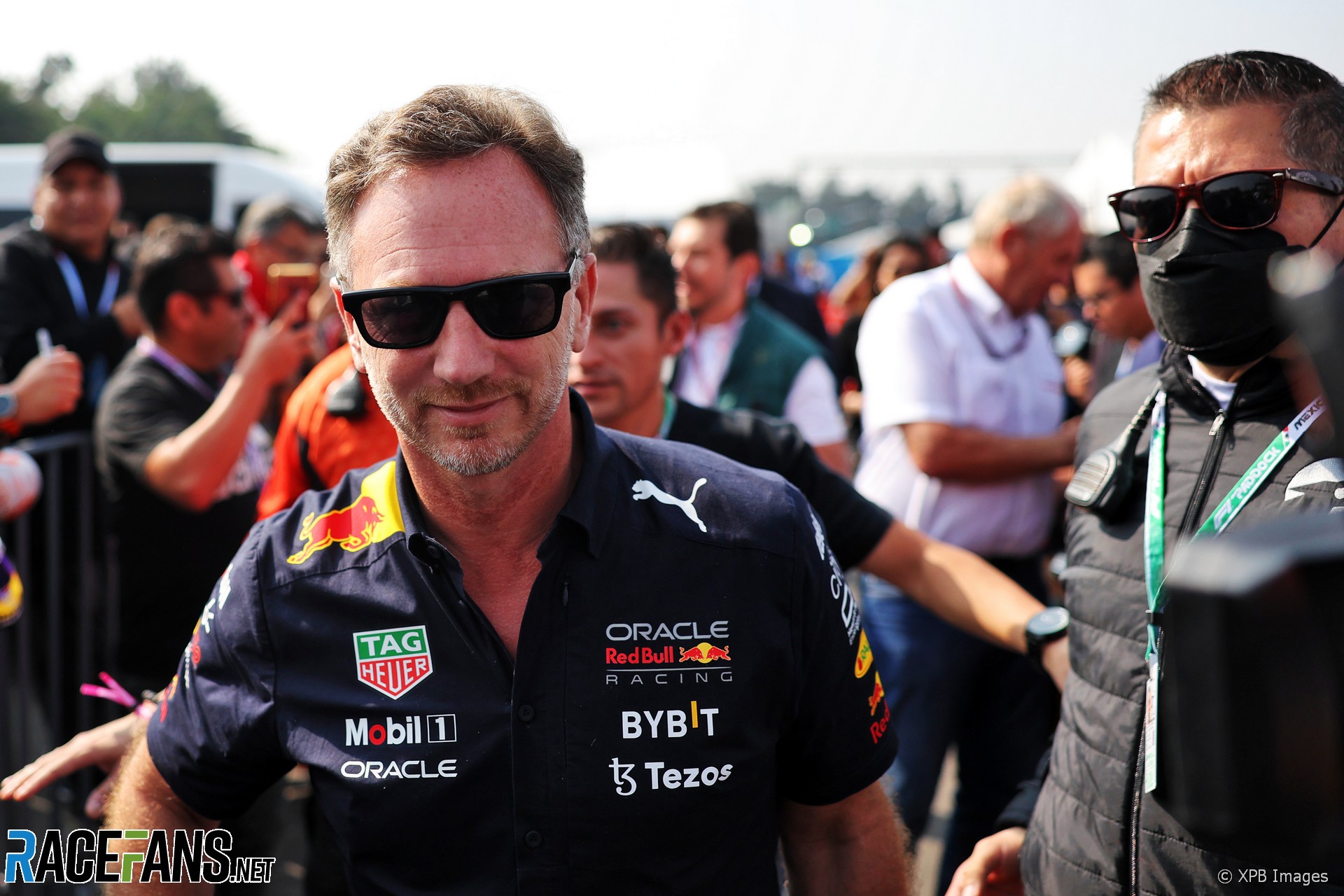 The details of Red Bull’s Accepted Breach Agreement with the FIA for a £1.86m overspend of the £118m budget cap for 2021 were confirmed ahead of practice for the Mexican Grand Prix. The team have been fined $7m by the governing body and will have a ten percent reduction of their 2023 wind tunnel and CFD aerodynamic testing allowance until October 2022.

Speaking in a conference following the FIA’s announcement of the Accepted Breach Agreement, Horner described the $7m fine handed to the team after the FIA offered them an agreement following the conclusion of the Japanese Grand Prix as an “enormous” penalty.

“Obviously there was debate about the sanction and the size of the sanction,” said Horner. “It was delayed because of the sad news about Dietrich Mateschitz last weekend, but was concluded early this week where we’ve been provided a significant penalty – both financially and sportingly – from the $7million, which is an enormous amount of money that is payable within a 30 day period.

Horner said that the impact of the penalties the team has accepted will have a significant effect on their car’s performance next season.

“Obviously, the more draconian part is the sporting penalty, which is a 10% reduction in our ability to utilise our wind tunnel and aerodynamic tools,” he said. “That, I’ve heard people reporting today, is an insignificant amount. Let me tell you now, that is an enormous amount.

“That represents anywhere between a quarter and half-a-second’s worth of lap time. That comes in from now – that has a direct effect on next year’s car and will be in place for a 12 month period.”

“By winning the constructors’ championship, obviously, we become victims of our own success,” said Horner.

“In addition to that 10%, having 5% incremental disadvantage or handicap compared to the second and third place [teams]. So just for clarity, we will have 15% less wind tunnel time, then the second place team in the constructors’ championship, and 20% less than the third place. Again, a draconian amount. So that 10% put into reality, as I say, will have impacts on our ability to perform on track, next year.”

Horner dismissed suggestions that his team’s overspend had any impact on the team’s on-track performance in 2021 or this season, where they claimed both world championship titles.

“I stand by the statement there was zero benefit,” said Horner. “Because the amount that we went over that the FIA feel – that £434,000 – we believe there are mitigating factors.

“I think as I say there’s lessons to learn. Did we see any on-track performance? No, we didn’t. Are there things that we could do better from an accounting perspective? Of course, there’s lessons that have been learned. But not just on our side, I think on all sides.”