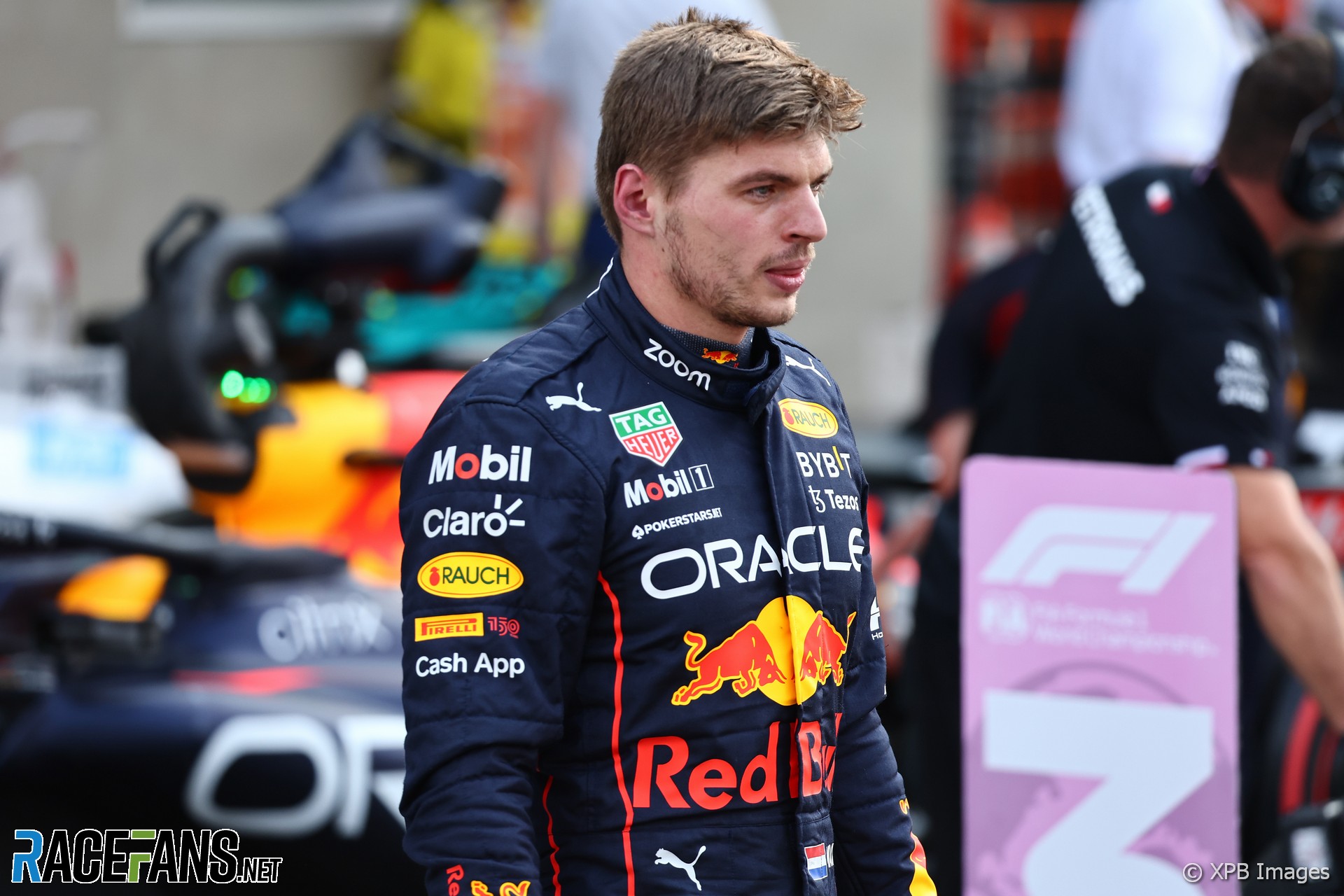 Max Verstappen has explained why he and his Red Bull team have stopped giving interviews to Formula 1 broadcaster Sky.

The Red Bull driver did not speak to Sky after yesterday’s qualifying session or today’s United States Grand Prix, which he won. Team principal Christian Horner has also not given them an interview during that time.

Sky is one of F1’s biggest broadcasters and holds exclusive rights to the sport in several territories, including the UK. Verstappen said his decision to stop speaking to them was not triggered by their Mexican Grand Prix coverage.

“It’s nothing to do with this weekend,” he said in today’s FIA press conference. “But this year, it’s been a constant kind of like digging, being disrespectful. Especially one particular person. At one point it’s enough, I don’t accept it.”

He blames Sky’s coverage for provoking hostility towards his team on social media.

“At the moment, social media is a very toxic place and if you are constantly being like that live on TV, you make it only worse instead of trying to make it better in the world,” said Verstappen. “You keep disrespecting me. And at one point, I’m not tolerating it anymore. So that’s why I decided to stop answering.”

Verstappen added the amount of abuse on social media has become worse due to the growing popularity of F1.

“So I hope we can come up with a kind of algorithm that stops people from being keyboard warriors. Because these kind of people they will never come up to you and say these things in front of your face, it’s just that they’re sitting in front of their desk or whatever at home, being upset, being frustrated and they can write whatever they like because the platform allows you to. That can be really damaging and hurtful to some people and it’s not how it should be.”

Red Bull team principal Christian Horner said the team’s boycott will not continue beyond this weekend. Horner said it was prompted by comments made in Sky’s United States Grand Prix broadcast and was not solely aimed at their British channel, Sky Sports.

“We were obviously disappointed with a series of derogatory comments that have been made on on Sky,” said Horner. “So we felt that this weekend we’d just take a break and that it wouldn’t do Sky any harm us taking a break this weekend.

“There needs to be balance in commentary. Some of the commentary’s excellent but some of the pieces there’s too much sensationalism being done. And we stand together as a team.”

Red Bull have explained their concerns to Sky, he said. “We’ve been very clear it’s not just been Sky UK, it’s been across all of the Sky channels, Germany, Italy.

“So it was just for this weekend, but it was just to register our discontent in sometimes some of the the less impartial comments that are made or accusations that are sometimes made as TV seems to becoming ever more sensationalised.”