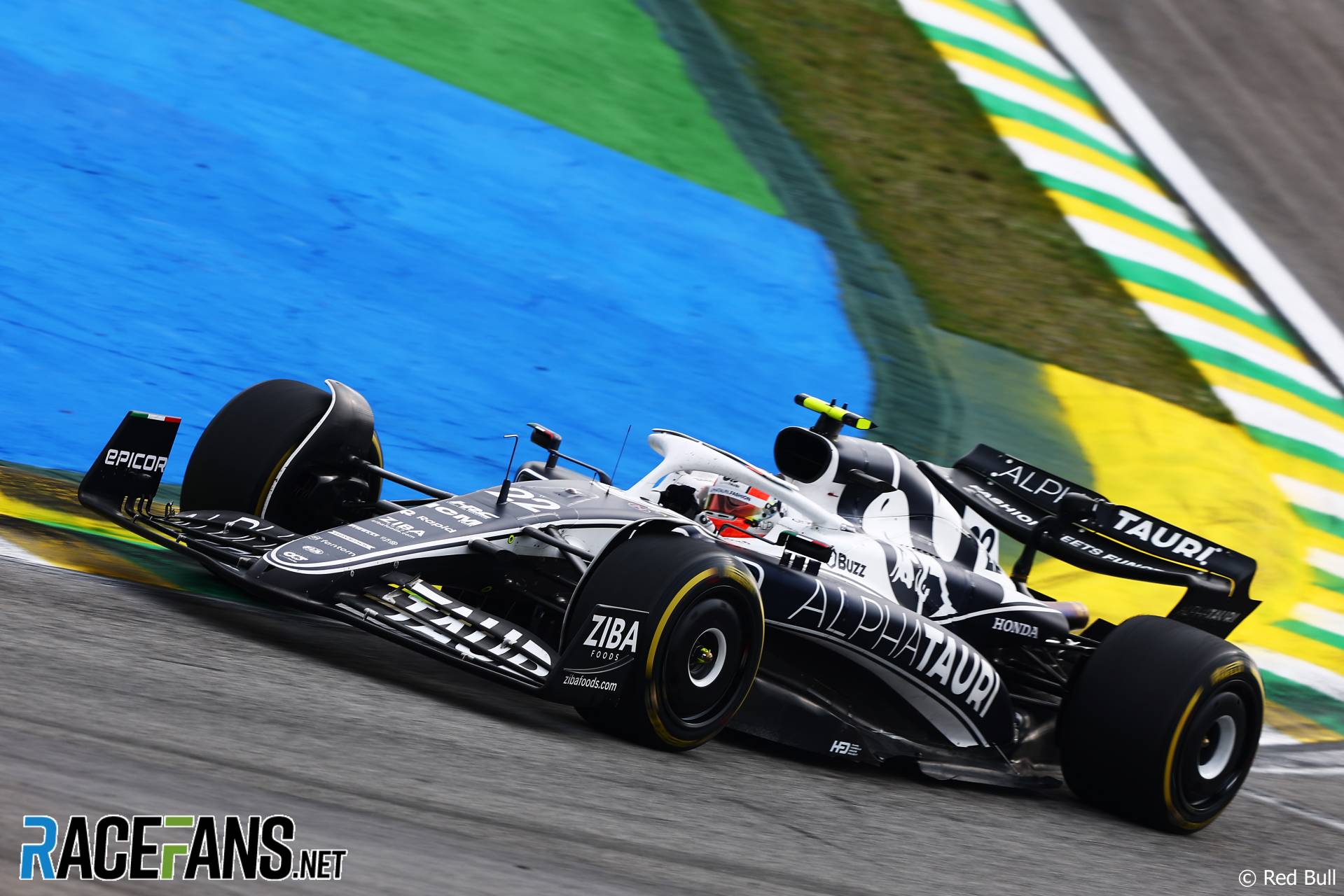 The FIA has explained the unusual sequence of events which led to Yuki Tsunoda being denied the chance to rejoin the lead lap in the final Safety Car period during the Brazilian Grand Prix.

Tsunoda was one of three drivers which were a lap down while the race was suspended, and should therefore have been waved past the rest of the queue and the Safety Car. This did happen for the two other drivers, Williams team mates Alexander Albon and Nicholas Latifi.

An automated system was introduced to improve the procedure. However the nature of the pit lane layout at Interlagos caused a complication which led to Tsunoda being overlooked.

“All of the systems functioned correctly and according to the regulations,” an FIA spokesperson told RaceFans. “The unusual situation arose as a result of the idiosyncrasies of the specific circuit and scenario.”

After the Safety Car was deployed, Tsunoda was the first driver to cross Safety Car Line One before the pit lane entrance. He therefore crossed it for a second time on the next lap, which the system would ordinarily register means he is eligible to un-lap himself.

“However, at this time he entered the pit lane and was able to go faster than the train of cars behind the Safety Car,” the spokesperson explained. “In doing so, he un-lapped himself when crossing the control line in the pit lane

“When he rejoined the circuit, the systems correctly indicated that he was again a lap down, however as he had already un-lapped himself once, he was not eligible to do so again when the Safety Car period was ending

“Race control checked this was correct with F1 Timing and they confirmed that only car six [Latifi] and car 23 [Albon] could un-lap themselves.”

“While this is a very unusual scenario, there were no systems or procedural errors, it is one of those unpredictable scenarios that can happen and there are no immediate changes that need to be implemented,” the spokesperson stated. “This will of course be discussed at future Sporting Advisory Committees as part of the normal review procedures.”