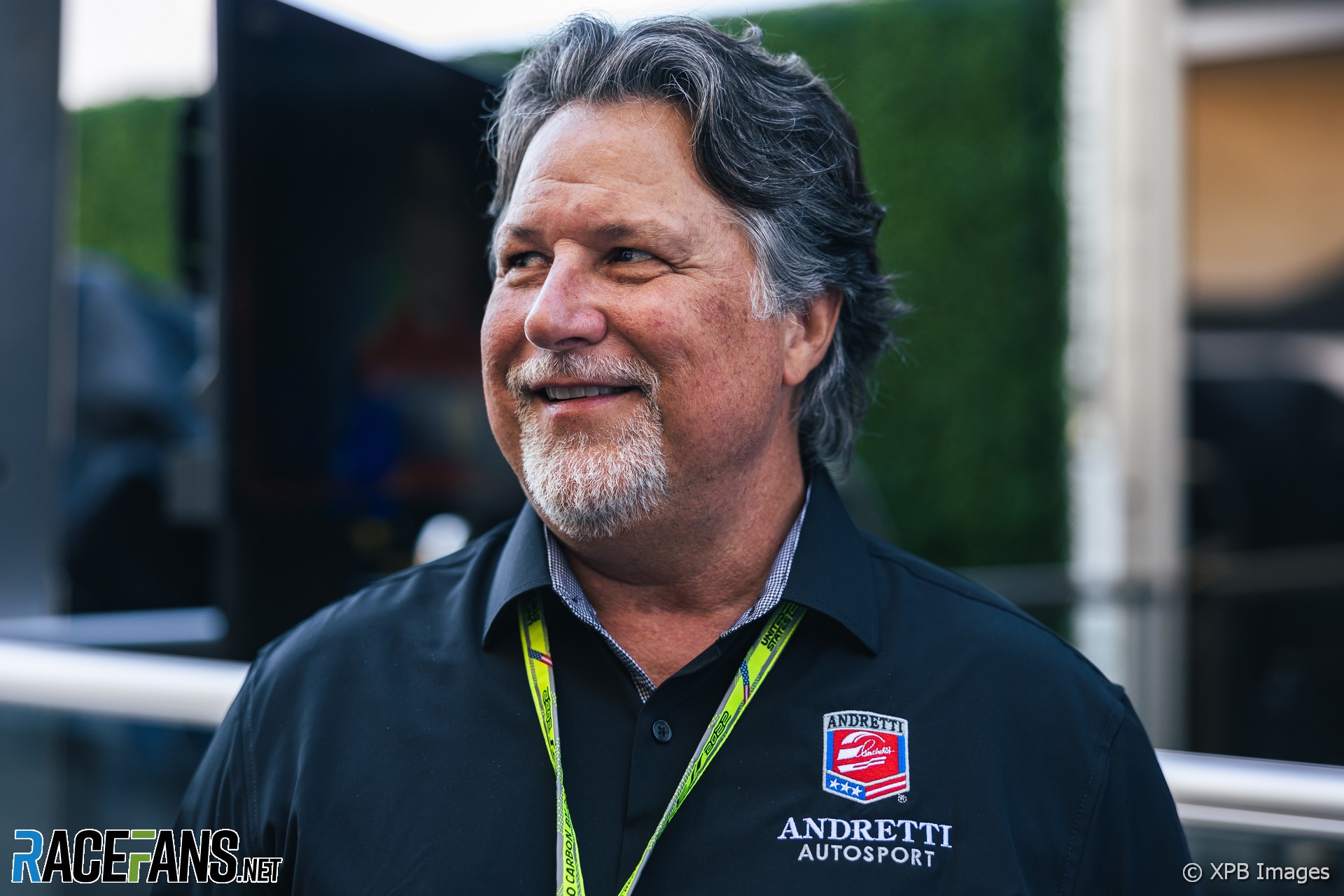 In the round-up: Michael Andretti says that his team’s efforts to secure a place on the F1 grid are making “pretty good progress”.

Michael Andretti says that his team’s efforts to secure a place on the F1 grid are making “pretty good progress”.

The Andretti organisation, which runs teams in series such as IndyCar, Formula E and Extreme E, has been actively lobbying for a place onto the Formula 1 grid in future seasons – either by acquiring an existing team or as an entirely new, 11th entry. Speaking as the team introduced W Series champion Jamie Chadwick to their Indy Nxt programme for 2023, Andretti said his team was still committed to joining F1.

“We’re still moving forward, still working hard,” Andretti said. “I think we made pretty good progress the last couple of months. And we’re not giving up.”

Andretti announced in August it plans to build a new headquarters in Indiana at a cost of £170 million. “We actually have the groundbreaking next week for the new facility,” he said in response to a question from RaceFans. “So we’re really excited about that, it’s going to be awesome.”

The pair infamously clashed after the 2017 Hungarian Grand Prix after Hulkenberg, then racing for Renault, objected to how Magnussen defended his position while the pair battled on track. However, Magnussen says he is exciting to team up with Hulkenberg for the 2023 season.

“I’m really looking forward to working with Nico,” he said. “I think he’s going to be great for the team with all this experience and his talent.

“I think everyone. in the team is pumped for next year, for many different reasons. I’m certainly going to do my part and I’m sure Nico is too.”

DS Penske have unveiled the livery the team will race with for the 2023 Formula E season, heavily resembling that of former team Techeetah.

“This season is a defining moment for the team,” said team principal Jay Penske. “A new generation of racing car, a new powertrain and a historic alliance with a manufacturer we’ve admired for years. We believe our prospects for the season remain incredibly strong with Stoffel and JEV securing the strongest and most experienced line-ups in the series.”

Can China’s Zhou Guanyu do for F1 what Yao Ming did for basketball? (CNN)

"Who knows, maybe in 10 years time, you know, I could have the same effect. And that’s my aim definitely."

"Tickets are now on sale for the highly anticipated first ever official Formula 1 exhibition, which is set to open in the Spanish city of Madrid on March 24, 2023, and run until July 16, 2023. Delivered across six purpose-built rooms, each specially designed in collaboration with award-winning curators, artists and film-makers, the exhibition will take visitors on a stunning adventure through the extraordinary world of Formula 1."

"Capito lays out the strategy and the team sticks with it. They celebrate every little victory as if they won the race. Being realistic, Capito defines success, at this juncture, as getting 'some points.' Winning it all will come later. "

"After months of intense testing, training and competition, the winners of the third edition of the FIA Girls on Track talent detection programme have now been revealed, with 15-year-old Belgian Aurelia Nobels winning the Senior category and 13-year-old Romanian Zoe Florescu Potoela emerging victorious in the Junior category following the final round of assessment at the famed Ferrari Driver Academy in Maranello."

"As the recent Formula One season reached its crescendo, incessant squabbling between the two zillionaires during and following each weekend became exhausting. In the midst of their toxic jousting -- verbal pillow fights -- I found myself thanking IndyCar team owner Michael Shank, someone who has never been involved in F1, for being everything they aren't."

"Andrea Kimi Antonelli joins the Formula Scout Podcast to look back on his outstanding year in F4, his coming graduation to FRegional and how both Prema and Mercedes have supported his development."

"Is this one of the greatest driving roads in the world? The RB7 has touched down in Romania and on the Transalpina road. A stretch of tarmac that is full of surprises, follow Patrick as he races to Bucharest."

"Meet Chris, our Deputy Chief Financial Officer! In a cost cap era, it’s all about optimising performance with the resources you have. That’s where Chris and the finance team come in, ensuring we deliver performance while sticking to the financial regulations."

"Last week at Aston Martin Formula 1 Team HQ, we hosted a panel discussion with Cognizant, featuring Jessica Hawkins, to highlight the successes of leading female talent across motorsport and technology."

On this day in 2004, Lewis Hamilton drove an @F1 car for the very first time.

The rest, well you know what they say… 😉 pic.twitter.com/B29oqzmFb5

With Guenther Steiner announcing that he has written a book about his 2022 season to be published in April, @Olpeculier says what everyone is thinking about the audiobook edition…

I do hope he’s got the time to do the audio version himself. Hearing somebody else read his profanity infused sentences just wouldn’t be the same!
@Olpeculier

Happy birthday to Katederby and US Williams Fan!