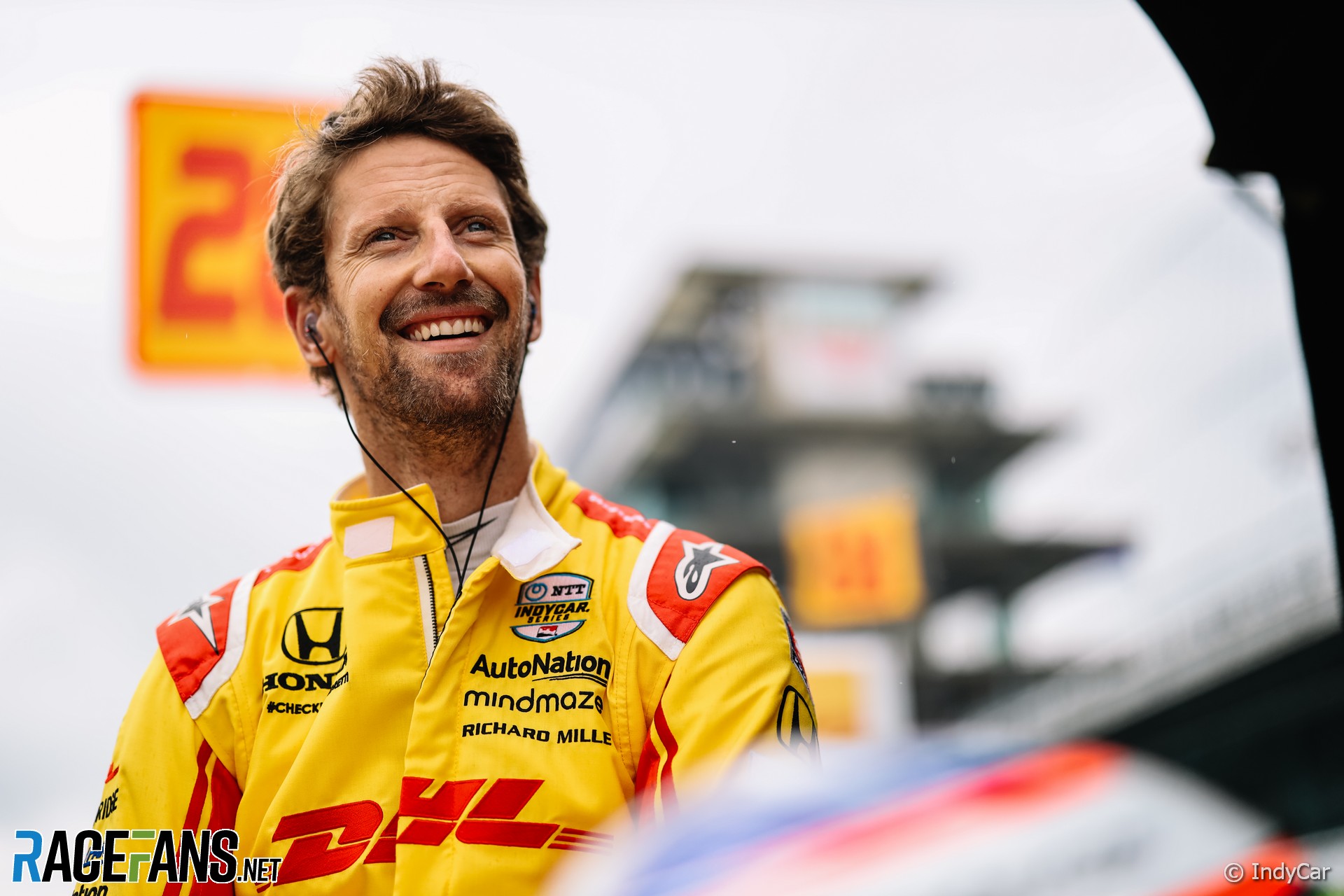 Romain Grosjean will be one of Lamborghini’s drivers when the manufacturer enters the top class of prototype sportscar racing in 2024.

The former Formula 1 racer who has spent the last two seasons in IndyCar has become a Lamborghini factory driver. He will be one of the development team next year for Lamborghini’s hypercar before it makes its race debut.

He will spend 2023 combining those duties, and his IndyCar campaign with Andretti Autosport, with appearances in endurance racing for Iron Lynx in a Lamborghini Huracan GT3 EVO2. The first outing will be January’s Daytona 24 Hours, where he will share the car with his fellow hypercar test drivers Andrea Caldarelli and Mirko Bortolotti.

“First of all, it’s an honour to be joining Lamborghini, it’s such an iconic brand for everyone who loves cars, including myself and my kids,” said Grosjean.

“On top of that, I am very excited about two things: the first is starting in Daytona with the GT3 which has been very successful in Daytona and a really good team like Iron Lynx and team-mates around me, so that is going to be a nice discovery for myself.

“And then, later in the year developing the new LMDh which is a beautiful car – I’m lucky to have seen it – and an incredible project in endurance. It’s becoming a very exciting category with all the constructors coming. With Lamborghini being such a successful brand, I hope we can do well in the future.”

This is not Grosjean’s first venture into sportscar racing. He won twice in the FIA GT1 World Championship in 2010 and also contested the Le Mans 24 Hours that year.

The 36-year-old spend nine-and-a-half seasons in F1, starting a brief stint with Renault at the end of 2009. After losing his drive he landed in GT1, and also won the Auto GP title with DAMS. The team ran him in GP2 too, where he was champion in 2011 and earned his way back onto the F1 grid.

Grosjean claimed 10 podiums from four seasons with Lotus, then spent a further five years with Haas. After a fiery crash at the 2020 Bahrain Grand Prix his F1 career came to an end, and he moved on to IndyCar where 30 starts across two years have yielded four podiums and a pole position.

“Romain is a great addition to the team,” said Iron Lynx team principal Andrea Piccini, who raced against Grosjean in GT1.

“Since we last shared the track in 2010, Romain has gone on to achieve brilliant things in both F1 and IndyCar, showing himself to be a driver of great calibre, who always rises to the occasion.

He added: “I’m very happy that we will get the opportunity to work together, in the capacity as team principal and driver, and I know that he will bring a great deal of experience to Iron Lynx as we embark on our new chapter with Lamborghini.”