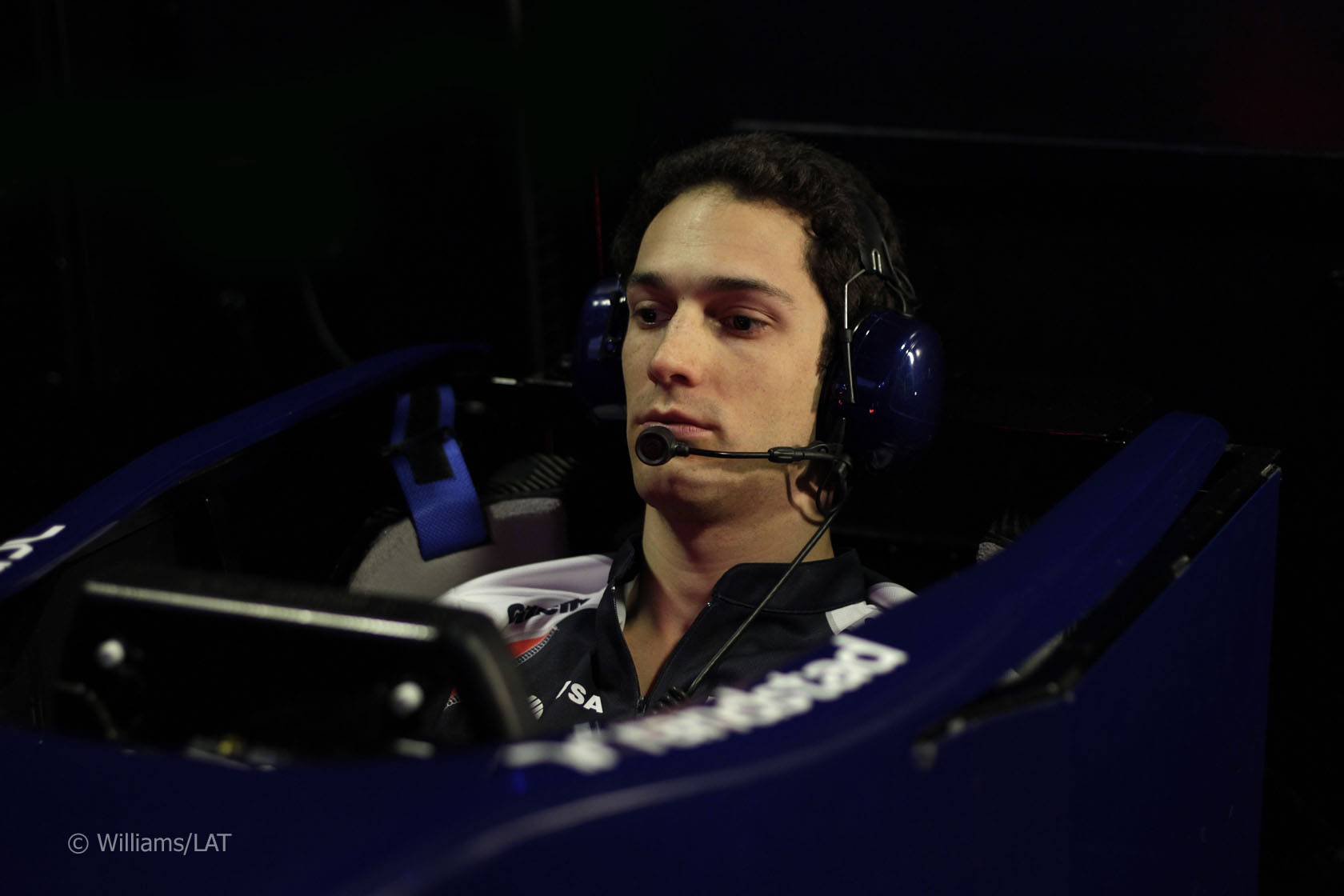 Bruno Senna says he wants to get the “maximum possible” out of the Williams-Renault FW34 after gaining a place at the team this year.

The team released the following Q&A with their new driver:

Q: Now you?ů‘ťľ‘šůve been confirmed as a Williams driver, what are your thoughts heading into 2012?
BS: I?ů‘ťľ‘šům really happy to be a part of a team with such a fantastic heritage. I am very proud that Williams has chosen me to race in what will be an important year for them. Everyone is extremely motivated for 2012 and it is great to be part of that motivation. It is true that they didn?ů‘ťľ‘šůt have the best season last year, but it is clear that the team is on a new path and everyone is pulling together to ensure that this year is a better one. I really hope that I can demonstrate what I can do, not only for the team, but for myself. It?ů‘ťľ‘šůs going to be interesting to see what we can achieve together.

Q: What are your objectives for the 2012 season?
BS: It?ů‘ťľ‘šůs difficult to set objectives before the season starts, but I intend to push the car 100% to the limit to get the maximum performance we can from it.

Q: What are your thoughts on the Renault engine having raced with it last season and what do you think Renault can bring to Williams in 2012?
BS: After a few races with the Renault engine in 2011, I?ů‘ťľ‘šůve learnt a great deal about it. It is a very good unit with good drivability, which is another positive step forward for the team. As a driver, you need to have every weapon available to you operating at its optimum in order to put in competitive times throughout the race. I?ů‘ťľ‘šům sure we can develop the car even further with the Renault engine and it will be interesting for me to be able to give the team feedback applying my previous experiences.

Q: What do you make of your new team mate, Pastor Maldonado?
BS: Pastor is a great driver. I?ů‘ťľ‘šůve raced against him in GP2 and we always get along well. He?ů‘ťľ‘šůs been a very tough opponent in the past and he is going to be even tougher now we are both in the same car. We?ů‘ťľ‘šůll certainly be trying to beat each other, but as teammates we?ů‘ťľ‘šůre going to work together to move the team forward.

Q: Can you talk us through what you have been working on at the factory so far?
BS: I?ů‘ťľ‘šůve been at the Williams factory in Grove both before and after Christmas being really put through my paces in the simulator, on the track and in the gym. We?ů‘ťľ‘šůve also done some evaluation work on the track (but not in an F1 car). The main purpose was for the team to evaluate me and to understand how to get the best out of me as a driver. But it?ů‘ťľ‘šůs also been really useful for me as it familiarises me with all the procedural things, such as learning the layout of the steering wheel before I get into the real car. When we start testing I won?ů‘ťľ‘šůt need to think about that so I?ů‘ťľ‘šůll just be able to get on and drive the FW34.

Q: So you have had an opportunity to work with your new engineers?
BS: I think we?ů‘ťľ‘šůve started off really well and now I?ů‘ťľ‘šům looking forward to working with them more over the season. The relationship between a driver and engineer is something that few people can understand. You need mutual respect, to understand each other well and know how to work together in order to really gel from the start. That relationship and continuity can make such a difference to your overall performance.

Q: What started your career in motorsport?
BS: I was a motorsport fan from a young age and of course there has been a great influence from my uncle, but ever since I first put my feet into a go-kart I never wanted to do anything else. I?ů‘ťľ‘šům very privileged to be able to do what I love, as to race in Formula One has always been my dream.

Q: You were once quoted as saying that, given the chance to drive any legendary Formula One car from the past, you would choose the 1993 active-suspension Williams. How important is it to you to now be a part of a team with such a motorsport heritage?
BS: The team has an amazing history and walking around the museum just makes me drool! I?ů‘ťľ‘šůve seen many of these cars on track and always wondered how it would feel to actually race them. I?ů‘ťľ‘šůve never been in one, so I think it would be good to get a run in the active ride car at Goodwood, just to get a feel!

Q: You have considerable support from Brazil, can you tell us about that?
BS: I feel very proud to be Brazilian right now. Knowing I have such great support behind me, people who have been there since the start, gives me such a great feeling. Knowing people have chosen me to bear their name gives me even more motivation to create good memories for them.

Q: Your uncle, Ayrton, raced for Williams. How significant is it for you to be joining the team?
BS: It will be very interesting to drive for a team that my uncle drove for. Quite a few of the people still here actually worked with Ayrton and I?ů‘ťľ‘šům happy that they are now giving me the chance to prove myself here. Hopefully we can bring back some good memories and create some great new ones too.

Q: Fast forward to this time next year, what achievements would you be happy with?
BS: I hope that by the end of 2012 we can say we extracted 100% of the performance from the Williams-Renault FW34, whatever that may be. That is the most important thing. I just want to get the maximum possible out of the car and make the most of this opportunity. It is such an important year for both the team and myself as it will help shape my future. I hope that future will be long and successful, and it all starts here.

51 comments on “Senna: “I just want to get the maximum possible out of the car””