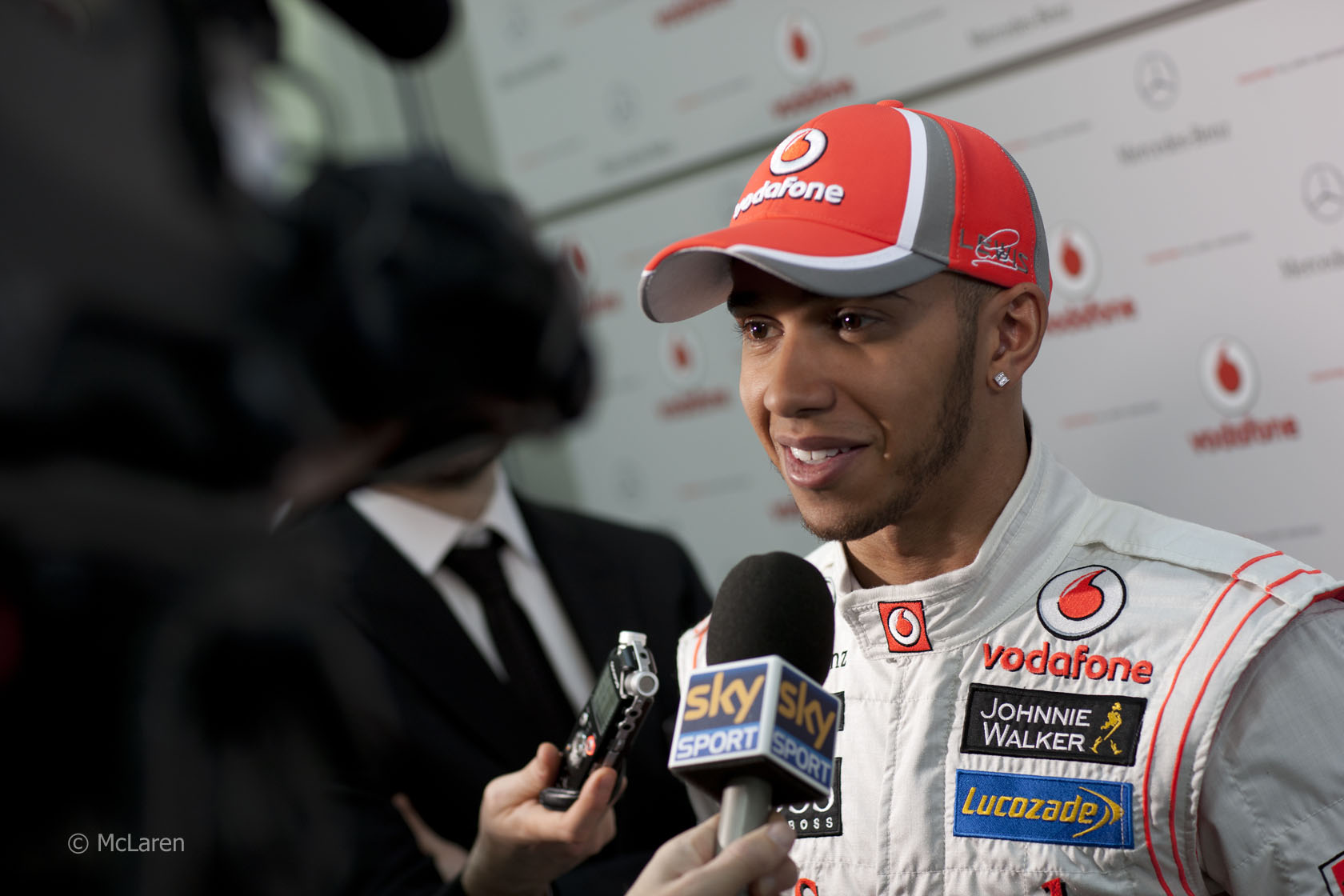 In the round-up: Lewis Hamilton gets a new manager but may still be called as a witness in Adrian Sutil’s ongoing legal action.

Hamilton gets hired help from his management company (Daily Mirror)

‘Pig ugly’ F1 cars are snout of order (The Sun)

Pirelli motorsport director Paul Hembery: “I have to agree with the general sentiment that the cars are damn ugly.”

Motor racing-Ferrari have lots to do, says Massa (Reuters)

“‘Actually there is a lot of work,’ he told reporters with muted body language that suggested he was far from thrilled with what he had experienced so far. ‘It is a brand new car and it is not a [type of] car that we had in the last years; even to start with. So it is a car that needs a lot more work, a car that you need a lot more things to try as well.'”

Adrian Sutil and prosecution appeal against sentence in Munich trial

“As with the first case, it is understood that Hamilton will attend any retrial, but again providing it does not clash with his commitments.”

“I don’t think we can realistically achieve a championship car immediately from where we started last year, we have to build our way there.”

“After months of evaluations and negotiations in which diverse options have been assessed, Spanish team HRT has finally opted for the facilities of the Complejo Deportivo Madrid Caja Magica to locate its permanent headquarters.”

“[On Tuesday] I ran the ‘standard model’ and Friday will be a first development step for us. Of course we don?óÔéĽÔäót know now if it works, but we all hope it will. If it works as we hope it should improve our lap times. And it?óÔéĽÔäós always about lap times!”

“Rubens Barrichello is set to decide next week whether he will switch from Formula One to the IndyCar series for 2012 following the decision by Williams not to retain him for the current season.”

“Di Resta has brought in Gerry Convy, former soldier and trainer for David Coulthard, to handle his training regime this year and the effects are already paying off after a few weeks of hard work.”

“Good day today, ran KERS for the first time and no issues, also set-up work done so good catch up after yesterday…”

“F1 is not about seeing which driver is the best” – a though-provoking opinion from Palle, albeit one I suspect many people may disagree with:

To be a proper F1 Fanatic I think You need to understand that F1 is a fascinating sport, where the competition comprises of:

I have probably forgotten something important.

To me F1 is not about seeing which driver is the best, so rules have to leave room for designing new innovative solutions, and make it possible for a team to get a reward for being more innovative than the rest, i.e. not change the rules during a season as soon as someone have got an advantage.
Palle

No F1 Fanatic birthdays today. If you want a birthday shout-out tell us when yours is by emailling me, using Twitter or adding to the list here.

A pair of cars were revealed for the first time on this day last year:

75 comments on “Former Hakkinen adviser Coton to work with Hamilton”