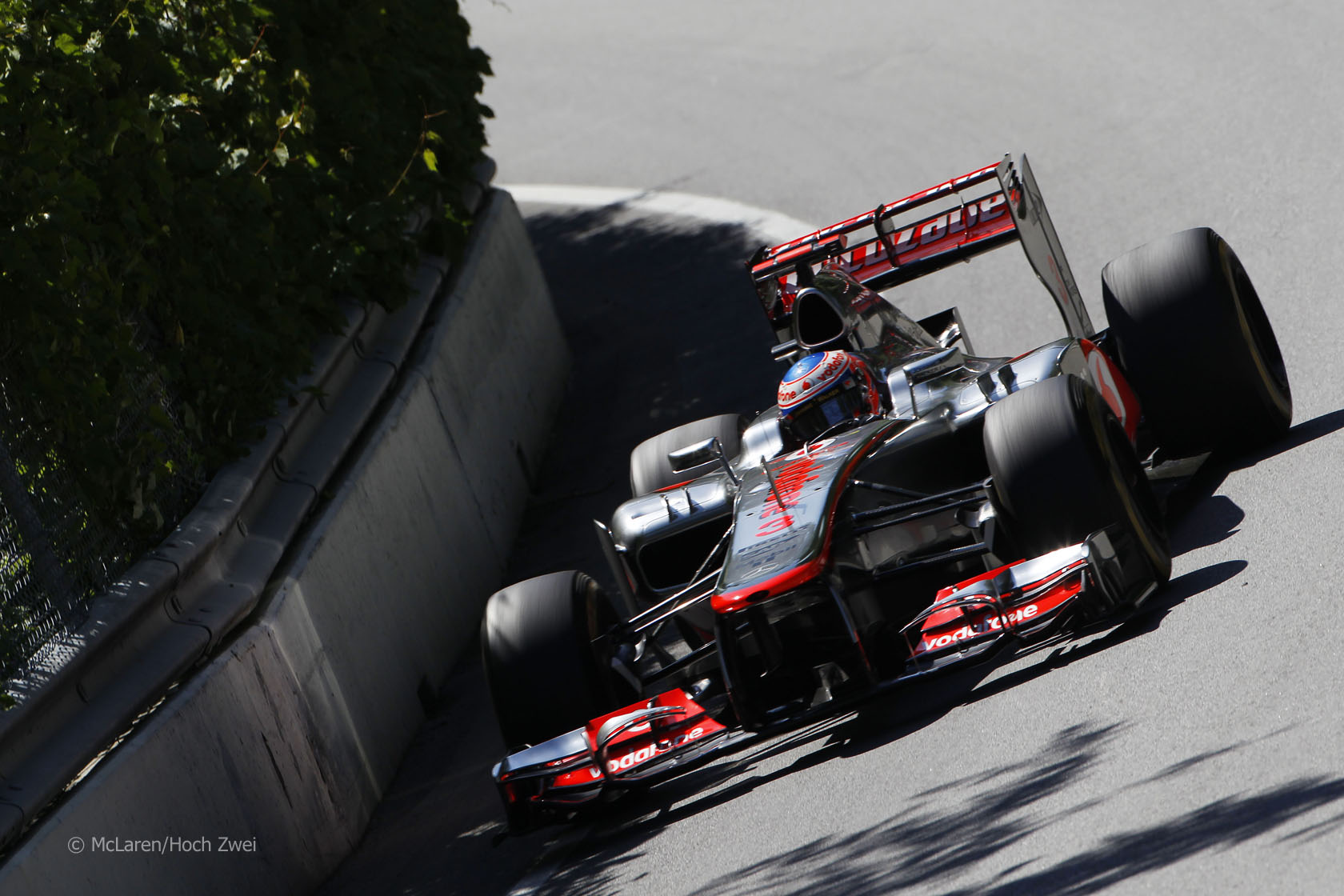 The difference in performance between McLaren’s two drivers could hardly have been more extreme. Here’s the lap time data for all the drivers in the Canadian Grand Prix.

The contrasting fortunes of the McLaren drivers is made clear by the gulf between their lap times during the race. Jenson Button was regularly around a second off Hamilton’s pace.

Button ended the race a lap down, almost 100 seconds behind his team mate, having pitted three times.

“Not a lot to say about that is there?” asked his race engineer glumly on the radio after the chequered flag. “Obviously we need to get back and have a think about what we have to do.”

After the race Button summoned up his double-whammy problem: “I couldn’t look after the tyres, I didn’t have any pace.”

Sebastian Vettel claimed the fastest lap of the race on the final tour after his late pit stop for fresh tyres.

Kimi Raikkonen also completed his fastest lap as he took the chequered flag, on tyres that were 30 laps old.