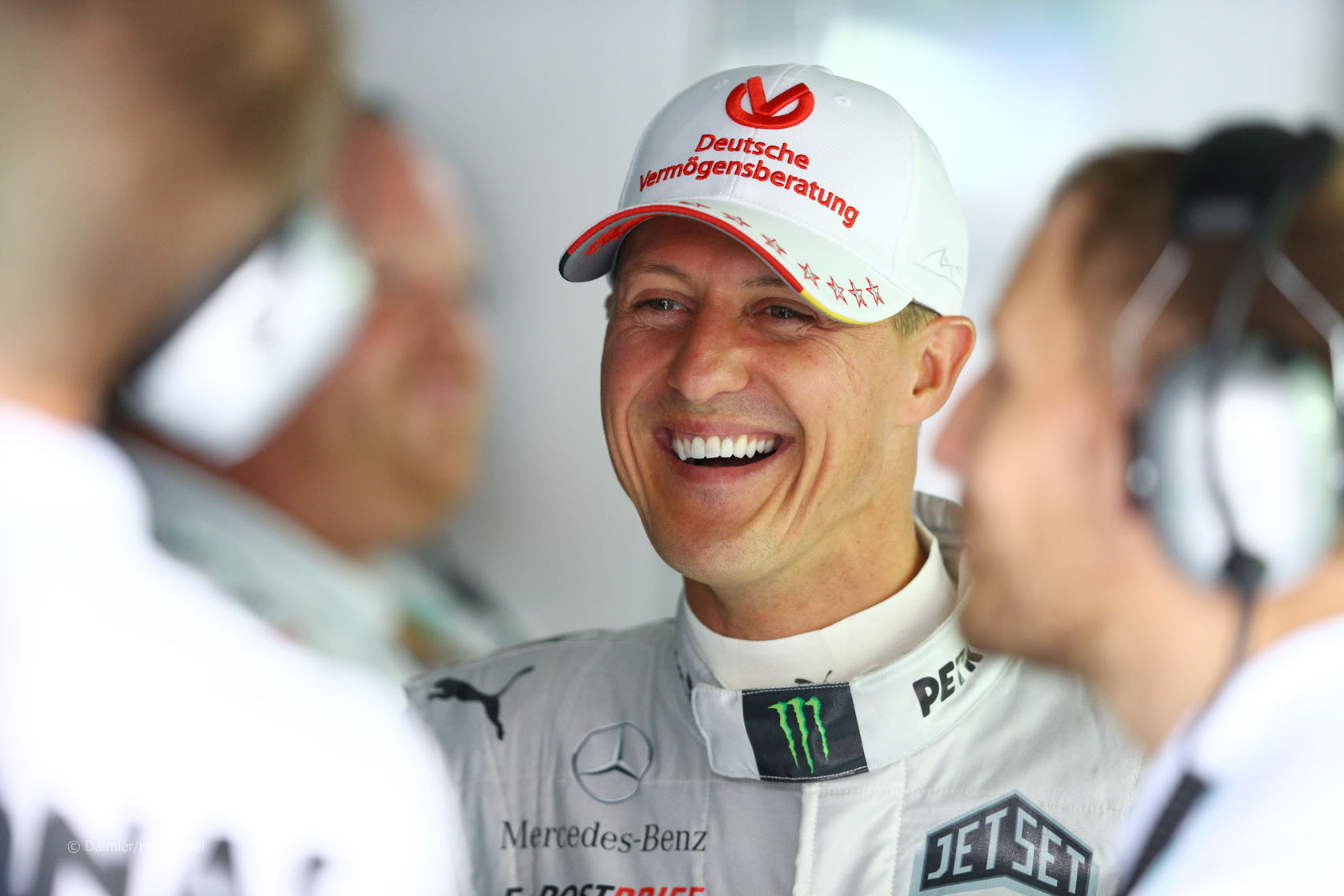 Schumacher reaches the milestone at the Spa-Francorchamps circuit where he made his F1 debut 21 years ago.

“Spa is like my living room,” said Schumacher. “For me, it’s clearly the number one race track in the world.

“It’s uncanny how I always seem to have special moments there – my debut, my first win, a world championship victory and many great races.

“The fact that I will also take part in my 300th Grand Prix at Spa was somehow almost inevitable and we will have to celebrate it in the right way.”

Rubens Barrichello is the only other driver in F1 history to achieve 300 participations.

Schumacher added: “I’m proud to be just the second driver in the history of the sport to reach this milestone and there’s no question that we are looking to have a particularly nice weekend.

“We delivered a good performance in Spa last year; I’ll be doing everything possible to drive a strong race.”

Schumacher has won the Belgian Grand Prix six times, more than any other driver. He has appeared at 299 races so far and failed to start two of them: the 1996 French Grand Prix (engine failure on the formation lap) and the 1999 British Grand Prix (did not participate in restart).

45 comments on “Schumacher prepares to mark 300th race at Spa”