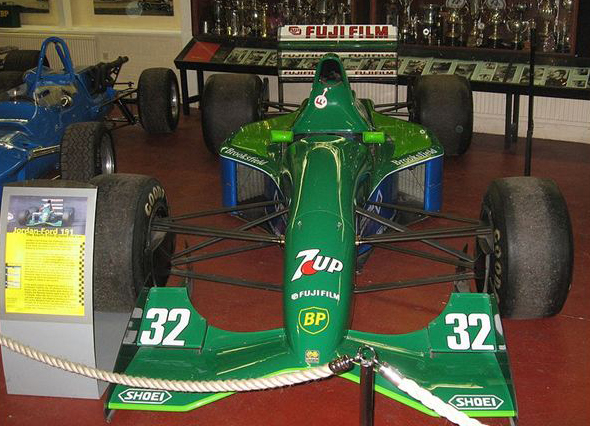 The car Michael Schumacher made his F1 debut with in 1991 has gone on sale.

The Jordan-Ford 191, raced by Schumacher in the 1991 Belgian Grand Prix at Spa-Francorchamps, is being sold by Memento Exclusives. No price has been quoted.

The car is one of several items being sold by former Jordan team principal Eddie Jordan.

Jordan is also selling a replica of the helmet Schumacher wore in that race, signed by Schumacher with the message: “Dear Eddy [sic], thanks for the drive at Spa 1991.”

Schumacher stunned the F1 world by qualifying seventh on the grid for his first F1 race in Belgium. But the clutch failed on his car immediately after the start.

See the other items Jordan is selling here and read more about the race here: