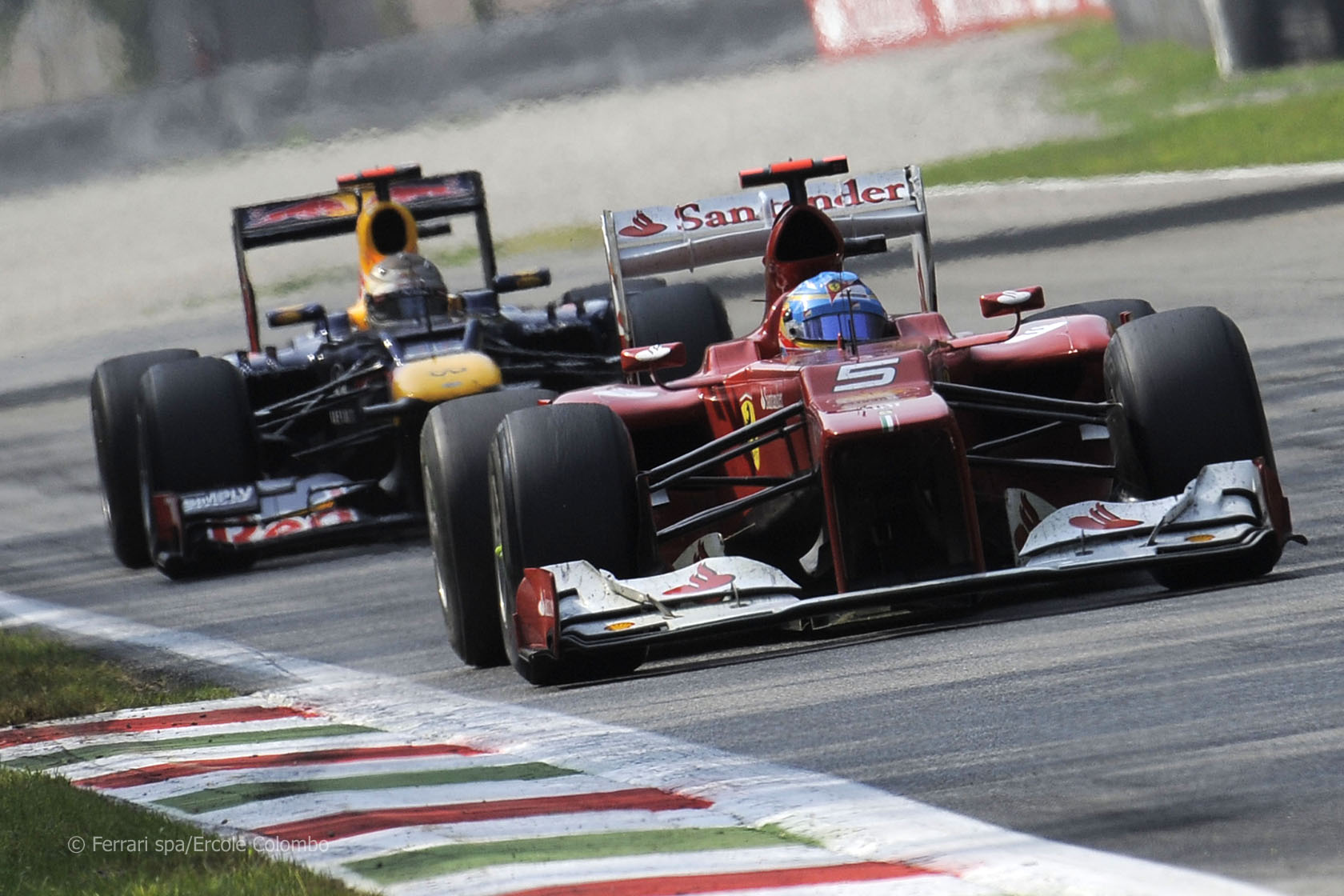 The lap charts show how Fernando Alonso and Sergio Perez made their way through the field, and how Felipe Massa came close to losing fourth place at the end of the Italian Grand Prix.

Fernando Alonso made major gains in the first seven laps of the race which put him in content for a strong podium finish.

He passed Paul di Resta, Kamui Kobayashi and the slow-starting Nico Rosberg on the first lap, Kimi Raikkonen on the second and by lap seven he’d taken Michael Schumacher for fifth.

But he ended up losing out to a driver who started even further back and made even more passes. Sergio Perez had to pass some drivers multiple times and put a total of three moves on Raikkonen during the course of the race. He ran out of time to catch Hamilton – at the rate he was gaining Perez needed around four more laps to have a chance of taking the lead.

The Ferrari drivers had dropped well off the pace by the end of the race. Particularly Felipe Massa, who was rapidly falling back into the clutches of Kimi Raikkonen and the two-stopping Mercedes.

Michael Schumacher took almost three seconds out of Massa on the last lap and Nico Rosberg was 4.2 seconds faster.