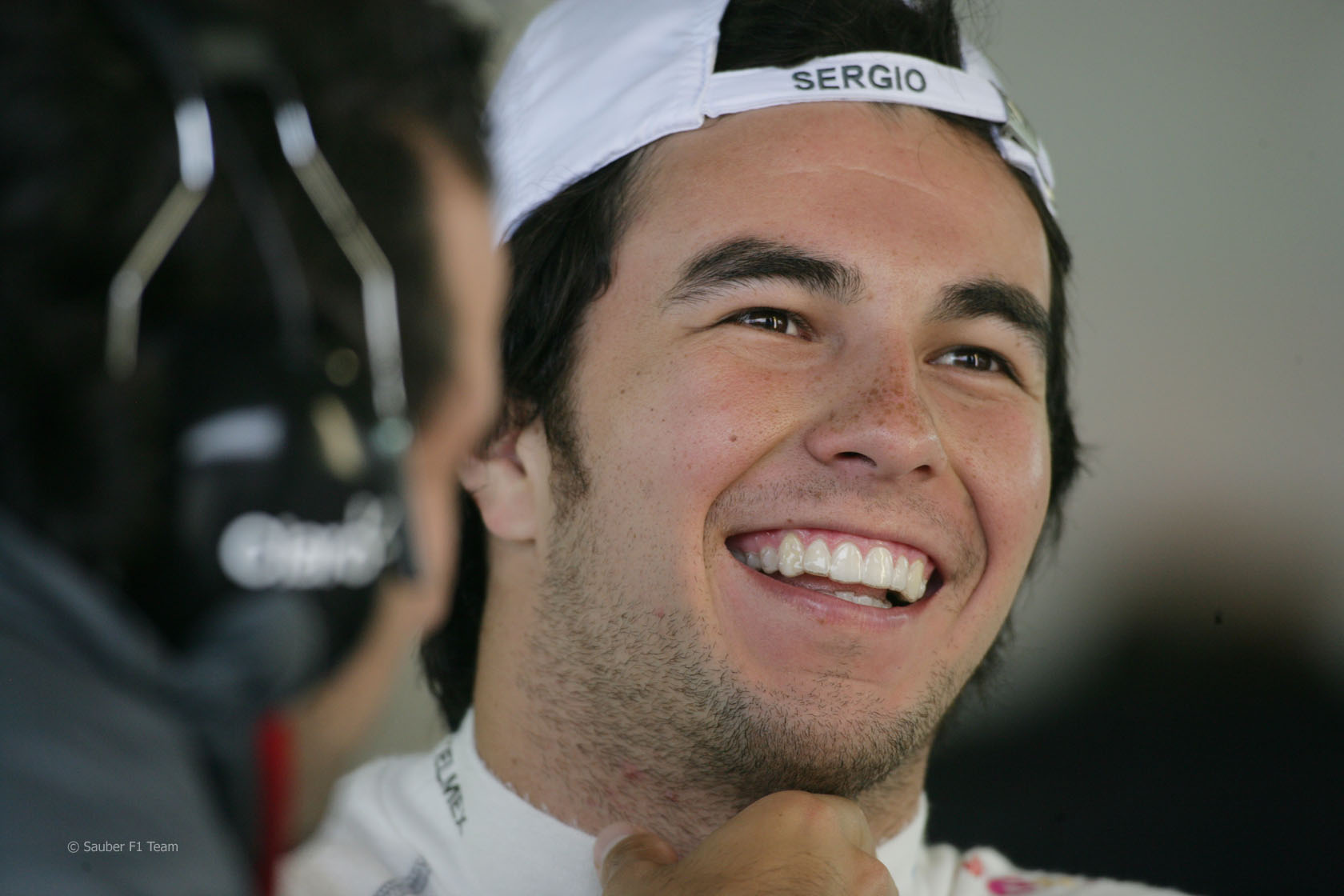 Sergio Perez said joining Ferrari was never an option for him despite having been a member of the Ferrari Driver Academy.

Speaking at the press conference ahead of the Japanese Grand Prix Perez, who will drive for McLaren next year, said: “Yes we were talking to them but there was never an option.

“I have been talking to them because I was part of the Academy. I have a good contact with them, good communication.

“But the place I go is the best place where I can be and I’m so happy and thankful also for them because they helped me a lot to come into Formula One and now I’m moving forward.

“And I want to thank McLaren too for taking me on board and to trust on me.”

“I mean, it was difficult for them probably to make a decision. I think they are happy with Felipe [Massa], he is a very good driver. A proven driver as well.

“I am not a proven driver. I am not a guarantee as Felipe is so probably that’s why I was never an option for them and the opportunity never came so I never see them as an option for me.”

“Maybe I am too young for Ferrari”

Perez reiterated he respected Luca di Montezemolo’s view that he is not experienced enough to drive for Ferrari but said he feels ready for the opportunity he has been given: “Of course I respect, he’s a person that I respect a lot.

“Maybe to drive for Ferrari you need more experience. I think he has these arguments, it’s better that you ask him what he meant with that.

“Maybe I am too young to join for a team like Ferrari, I don’t know. I feel ready to join a top team and to fight for the championship.”

Perez explained he had been involved in discussions with McLaren earlier but had not disclosed them to avoid speculation about his future: “There has been some talks before but I didn’t want to give too many information about my opportunities, my options, so the question doesn’t come that often.

“Because if I say at that time ‘yes’ I would be full of questions. I wanted to keep it low profile, focusing always in my team, giving my 100% to my team. I’m very thankful they gave me this opportunity and we have six races with a strong car to go and I want to leave in a very high, this team.”

“With McLaren you have to win”

He added he was looking forward to working with Jenson Button next year: “Of course it will be great to have a very, very good champion. He is a world champion.

“It will be a pleasure to work with him together, to reach the same target for the team which is winning and make the best car possible. So I’m looking forward to working well with him, with the whole team.

“I’m so motivated and enthusiastic to start working with my new team. But first as I say I want to finish in a very high the next six races for my team and give everything I can for my team that gave me the opportunity to be a Formula One driver.”

Perez praised Lewis Hamilton, who he will replace at McLaren, as “one of the fastest drivers in the grid”.

“It will be not easy at all,” he added. “I know I have very big shoes to fit. It will be difficult but I will give everything I can. I will work as hard as possible to give the best results and win the championships with this great team.”

Perez said he expects to be able to compete for race wins next year: “With McLaren there is no other option. You have to win. Every race you have a car that you can win every race, it’s a guarantee. McLaren is always a guarantee. So I have to work very hard, to give everything to my team, and I’m ready to do it, once I finish this season.”

43 comments on “Perez: Ferrari was “never an option””