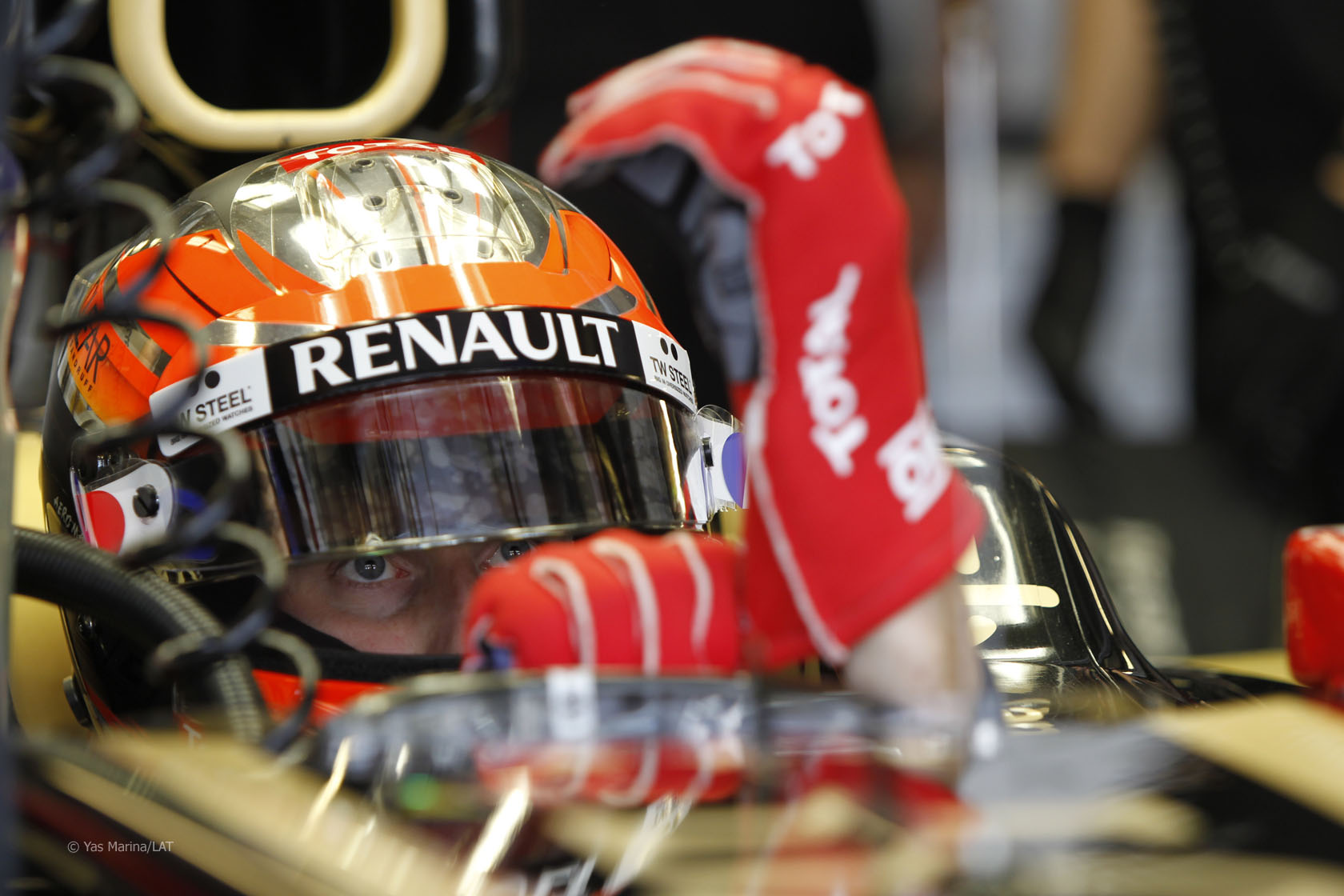 Romain Grosjean says he expects the Circuit of the Americas to prove a “challenge” when F1 races there for the first time next week.

Grosjean said he’d discussed the track with Lotus reserve driver Jerome D’Ambrosio who has already driven around the circuit:

“I?ů‘ťľ‘šůve spoken to Jerome so I have a little idea of what to expect. On top of that I?ů‘ťľ‘šůve worked with simulations of the track, and it?ů‘ťľ‘šůs easy for me to play Xbox when I am travelling so I can get an idea from that too.

“I don?ů‘ťľ‘šůt think it will be the easiest circuit to learn and there are a few fast corners which look like they will be
a challenge. The first corner certainly looks to be good fun.”

Grosjean is hoping for a more successful race than he had in Abu Dhabi, which ended in retirement: “For me it wasn?ů‘ťľ‘šůt one of the best days, but for the team it was a fantastic day with the win for Kimi [Raikkonen].

“It was the win we were waiting for and it?ů‘ťľ‘šůs unbelievable for the whole team. I was running pretty well and could have finished with good points too.

“Unfortunately Sergio [Perez] returned to the track in the middle of a battle he was having and he wanted to use the part of the track I was on. There was nothing I could do as you can?ů‘ťľ‘šůt make your car disappear. Sergio was penalised for the incident and it did mean we saw another safety car period.

“Mark [Webber] was caught up in it too, but he didn?ů‘ťľ‘šůt have any stern words for me this time.”

The team head into the race on a high following Raikkonen’s Abu Dhabi victory. They marked the victory by producing a batch of T-shirts every member of the team bearing the message “Leave me alone, I know what I’m doing” – words Raikkonen used to his engineer at one point during the race.