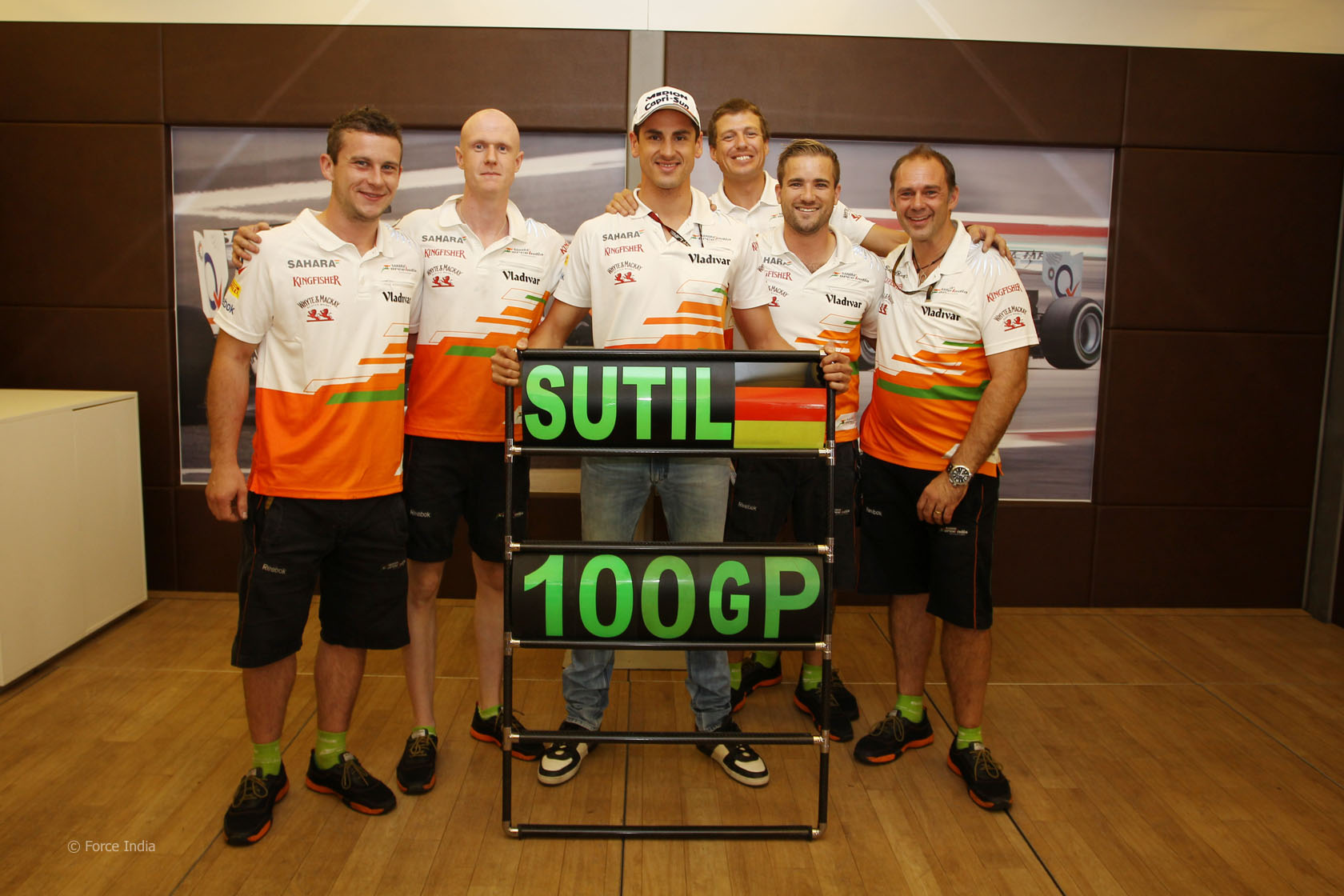 Adrian Sutil is due to make his 100th F1 start in today’s Hungarian Grand Prix.

Force India team members marked the milestone ahead of the race by signing a wheel hub for Sutil.

Sutil made his F1 debut with the team in 2007 when it was called Spyker. He has continued to race for them ever since, except during the 2012 season.

He is also wearing a specially-designed helmet for his 100th race weekend.