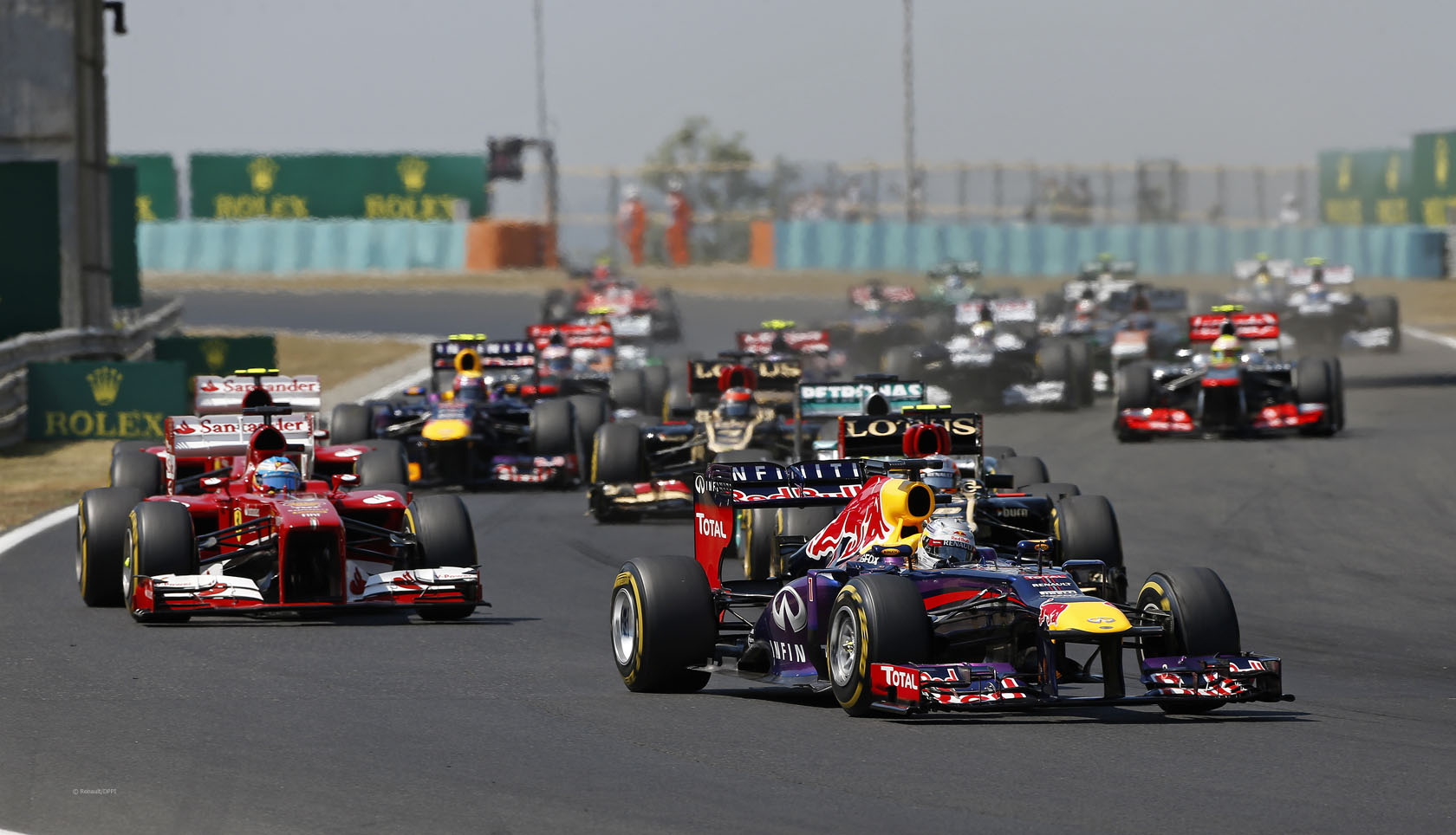 The Hungarian Grand Prix has often been a race that has left us wanting a bit more. ‘Difficult to pass”, “processional” and “Monaco without the glamour” are among the less complimentary descriptions given to the race in the past.

But this year was different: F1 Fanatic readers rated the race 7.676 out of ten on average, the third-highest result so far this season so far and the highest rating for a dry race at the Hungaroring.

Hungary yielded the fifth different winner this season in Lewis Hamilton, mixed strategies, plenty of action at the front, a fight developing between title contenders in the closing stages and Williams finally getting off the marks for the 2013 season.

Here’s what you had to say about the Hungarian Grand Prix.

Best race so far I think. It was great. I was on the edge the entire time.
@Philereid

This race was better than some in years past at Hungary. There were some good drives and interesting strategies, but the track severely hinders the action. Watching faster cars stuck behind slower cars for many laps is not good racing action.

There were some positives, I?óÔéĽÔäóm glad Hamilton won. This bodes well for Mercedes and for a more interesting fight for the championships in the second half of the season.

Happy to see Williams finally score. Glad to see Lotus and Raikkonen do so well. I can understand why Grosjean incurred his penalties. Perhaps on a track with a bit more room he may have had a cleaner race. But, that is F1.
@Bullmello

However the Hungaroring still attracts a lot of criticism:

I thought this was the weakest race of the year. Terrible track ?óÔéĽÔÇŁ it’s Monaco without any charm, or glamour, or a fraction of the history.

Hamilton had a great drive, and his victory was clear as soon as Vettel got behind Button. The only real exciting moment would have been Vettel on Raikkonen, but it didn?óÔéĽÔäót turn into a challenge except at one moment when the pass didn?óÔéĽÔäót turn out.

There were many penalties that were not deserved. There wasn?óÔéĽÔäót real tension ?óÔéĽÔÇŁ just uncertainty (like the prospect of a tyre or engine failure) which isn?óÔéĽÔäót real excitement.
@Chaddy

One of the biggest topics of conversation was the Romain Grosjean, who collected two penalties during the course of the race. His drive-through penalty for leaving the track while overtaking Felipe Massa was a focus of discussion:

The only thing that?óÔéĽÔäós left a bitter taste is the penalty following Grosjean?óÔéĽÔäós sensational move on Massa. But, those are the rules, so no point in complaining about that.
@Jackysteeg

Feel bad for Grosjean, second was his if not for the penalty.
@EdMarques

Grosjean got a penalty for overtaking. Shame about the ban on overtaking, improves safety I suppose.
@Speedking84

Perhaps most interestingly for a race in 2013, the first event with Pirelli’s revised 2013 rubber was not seen as being excessively influenced by tyre strategy:

Some nice proper racing for once (no easy DRS passes), the tyres weren?óÔéĽÔäót dominant and a nice battle for the minor podium places
@Vettel1

I liked it. It had an unexpected winner, variety of strategies some good battles and plenty of brave overtakes. Oh, and there were no DRS power or tyres drama.
@Dimitris1395