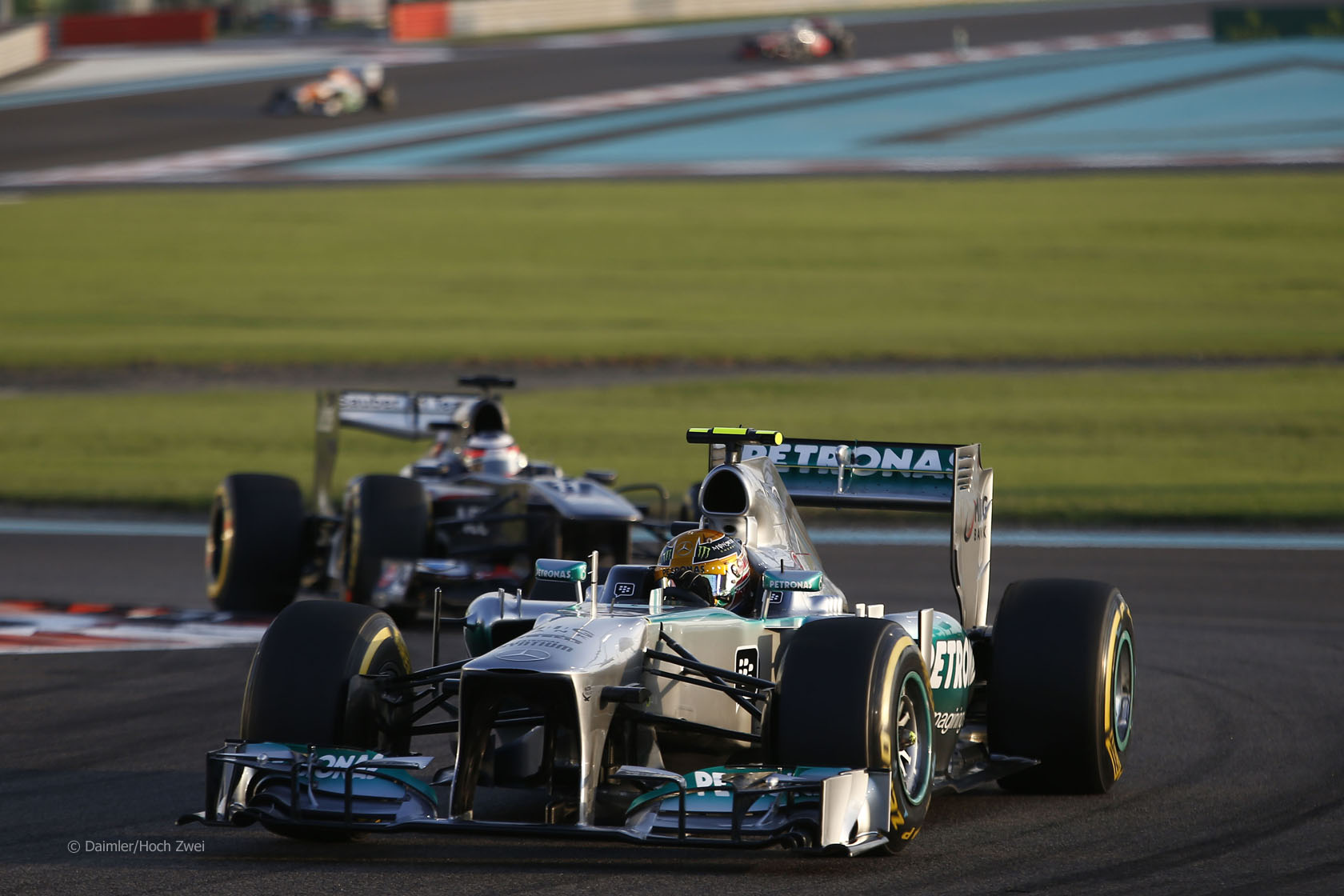 Mercedes intend to address a “clear weakness” on their car which led to Lewis Hamilton spending ten laps stuck behind Esteban Gutierrez.

Hamilton lost over seven seconds to team mate Rosberg as he sat behind the Sauber in the first half of the race, as the race charts below reveal.

“Lewis got tangled up in other people’s races after his first stop and found it impossible to overtake in traffic,” said team principal Ross Brawn after the race.

“This is a clear weakness of our package at the moment and he spent most of his race behind slower cars, unable to demonstrate his true speed. This is an issue where we need to get our thinking caps on in order to find a more effective compromise because there’s little point having a quick car if we can’t use that performance in the race.”

At the head of the field Sebastian Vettel’s lead peaked at over 40 seconds on lap 37, prior to his final pit stop. He crossed the line half a minute ahead of Mark Webber having backed off considerably in the final laps as he hit a large train of traffic.