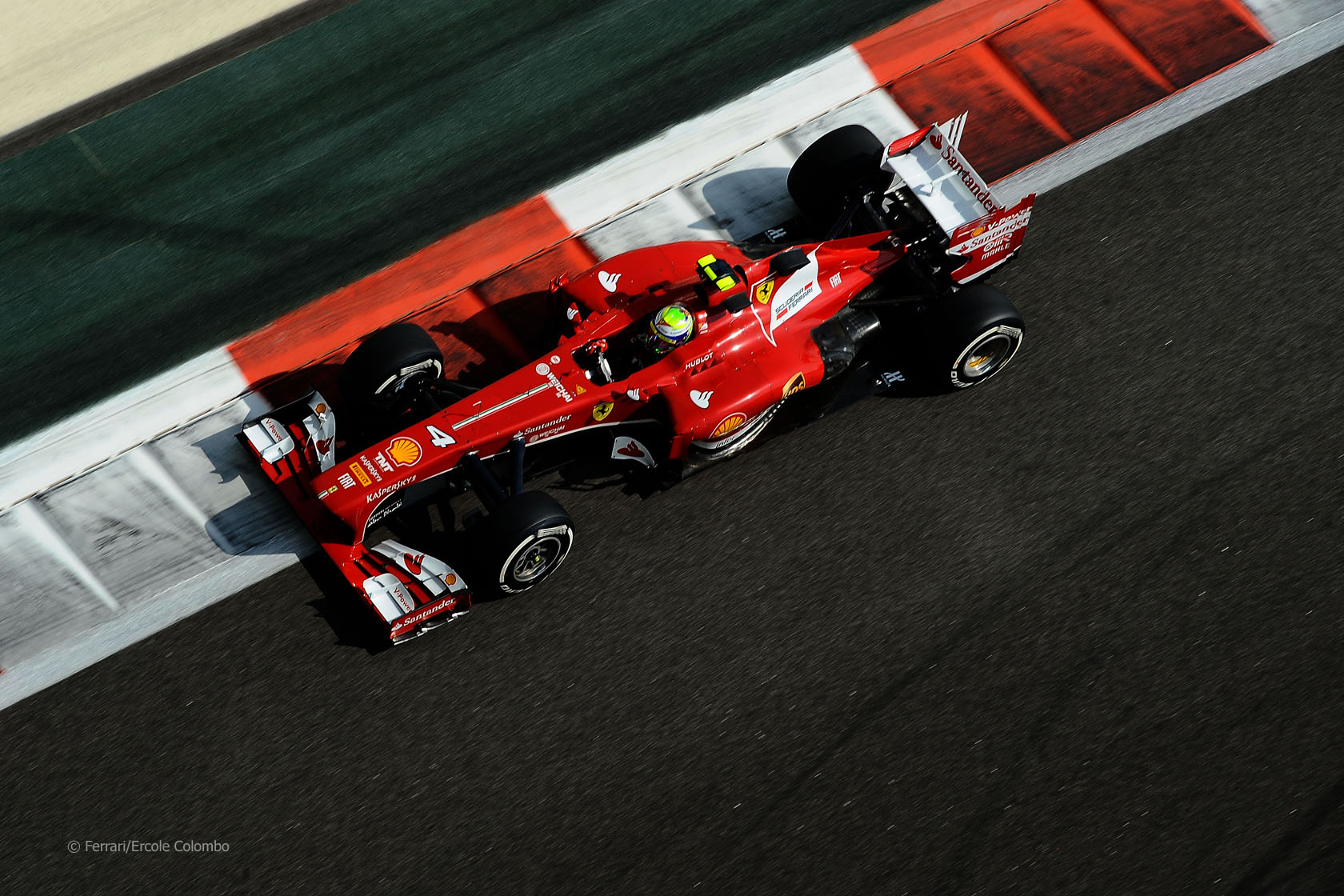 Did Ferrari not put Felipe Massa on the faster soft tyres at the end of the Abu Dhabi Grand Prix because it was the correct strategic decision – or because they wanted to move his team mate ahead of him?

Following the race Massa expressed his dissatisfaction that only Fernando Alonso has used the faster soft tyre for the final stint of the race.

Ferrari technical Pat Fry said the deciding factor had been the timing of Massa’s last pit stop, after they had switched both their drivers to two-stop strategies.

“Initially we had thought of running just a one stop race,” said Fry, “but when we realised that that the wear rate of the mediums in the second stint would not have allowed us to go all the way to the end, while doing competitive times, backed up by our simulation systems, we told Fernando and Felipe to go flat out, as they would need to make a second stop.”

“With Fernando, we managed to get to lap 44 which meant he was able to run the softs to the end of the race. Unfortunately, we couldn?óÔéĽÔäót do the same with Felipe and with him we chose not to risk it, keeping him on the mediums. It was a real shame.”

Two things are curious about this explanation. First, Massa’s final pit stop does not seem to have been prompted by rising lap times due to tyre wear: the last seven laps of his second stint were all within seven-tenths of a second of each other. That suggests Ferrari could have left him out longer to shorten his eventual stint on the soft tyres.

Furthermore, Ferrari’s assumption that Massa would be unable to do a 17-lap stint on soft tyres is surprising given that he had already done an 18-lap stint on used softs with a full fuel load at the beginning of the race.

If Massa had enjoyed the benefit of soft tyres for his final stint – which he reckoned were “maybe more than a second quicker per lap” – it’s unlikely he would have fallen behind Alonso. They certainly would have helped him pass Jean-Eric Vergne, who cost him the time that allowed Alonso to make his pit stop and come out ahead.

After Massa confirmed he will not be driving for Ferrari next year he said he would not help Alonso in the races and later made good on that claim by ignoring a direct order to let his team mate pass in Japan.

Did Ferrari weigh how many more points Alonso could gain in the closing stages versus how many Massa could? Or was this just a very conservative strategy? Either way Massa is right to points out his strategy probably cost him a better result.