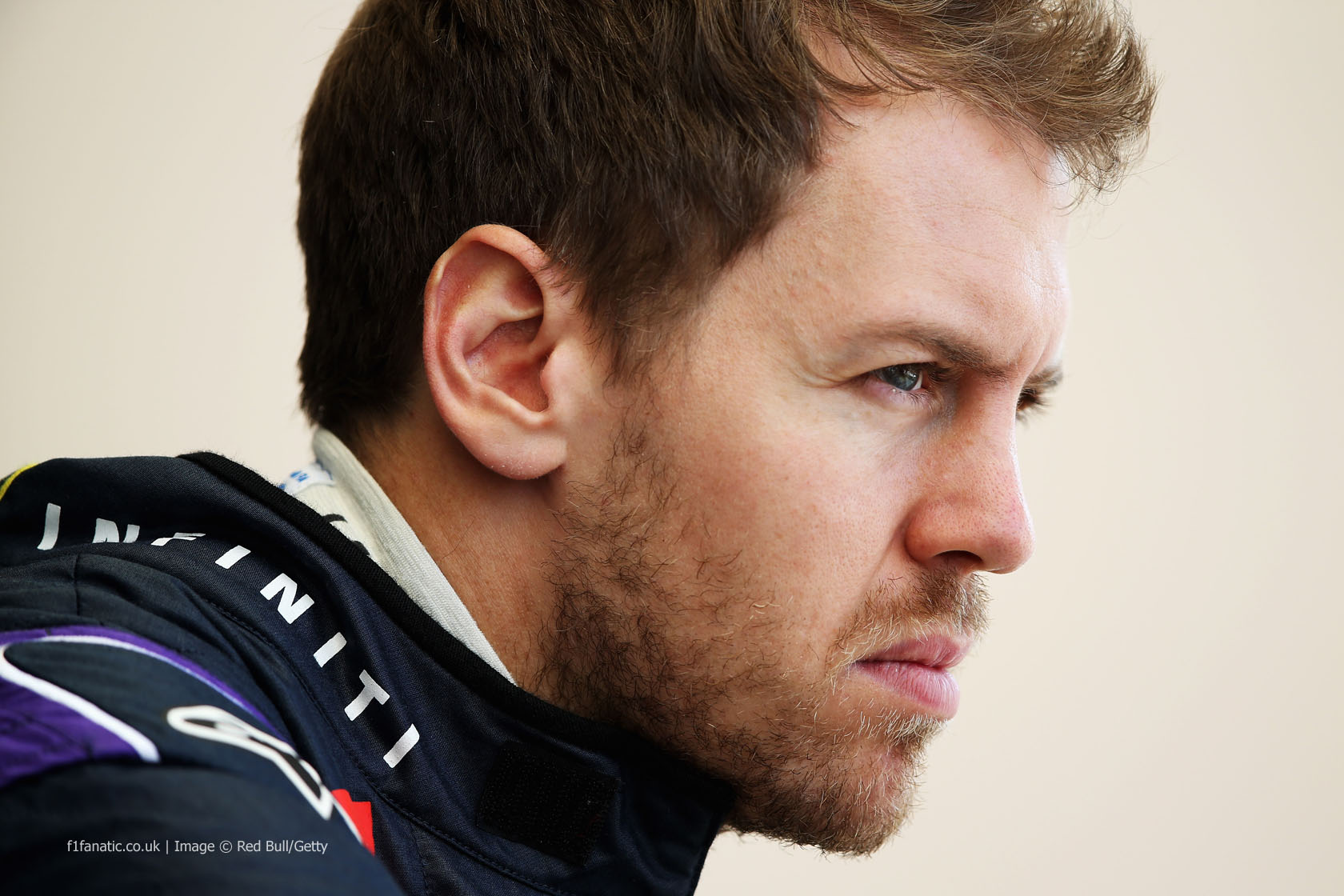 Sebastian Vettel admitted Red Bull are unhappy with their problematic start to the season which continued on the first day of the second test in Bahrain today.

The team covered less than 100km of running with its new RB10 in Jerez. Renault brought a raft of fixes to its engine for the second test in Bahrain but the world champion was only able to complete 14 laps today having missed most of the morning track time.

“Obviously we’re not happy with where we are now and we have a long way ahead of us,” said Vettel.

“The first gut feeling from the car is OK, but we need more running.

“It’s not easy to find a quick fix, but I think we understand the problems. We sorted out the issues from Jerez and we were able to do some laps today.

“However, very often you fix one problem and another pops up, which is what happened. That’s testing. We all knew this year was a massive challenge and we knew it would be difficult.

“We obviously didn’t want this, but it is what it is and we are working flat out to solve the problems.”

Race engineering co-ordinator Andy Damerum said the test had been more positive for the team than it looked.

“While it might not appear so on the surface there has been a big improvement since Jerez,” he said.

“For us this was very much like a first test, so we were sending the car out to do one lap, then two and trying to build from there.” He said the problems the team experienced were not related to the ones which struck in Spain.