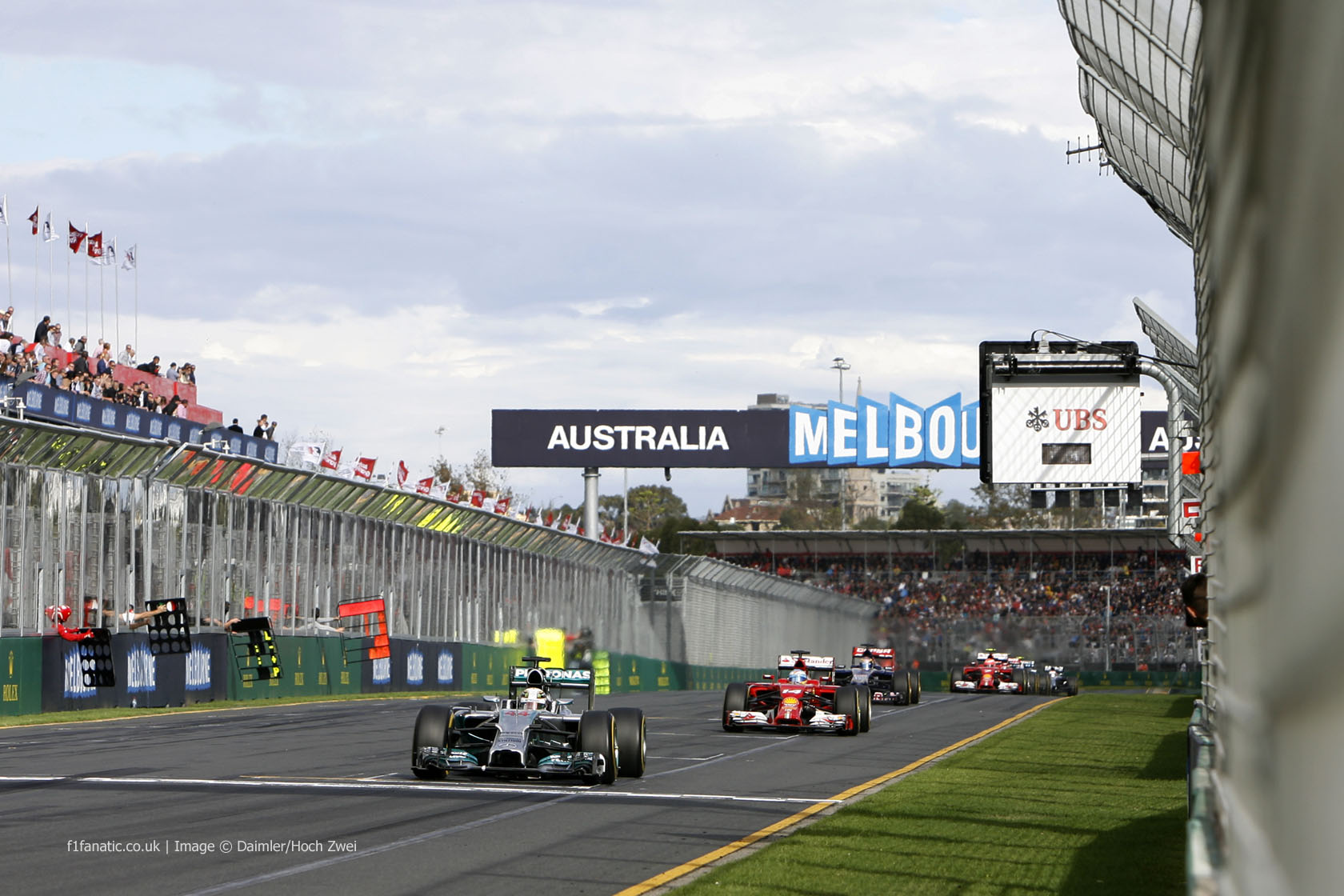 Just how far ahead of the chasing pack are Mercedes? The first race of the season gave ominous but unclear signs for their rivals.

Rain during qualifying meant we never got to see the cars exploit their one-lap performance to its fullest. But the dry running that did take place left no one in any doubt who the pace-setters were.

Nico Rosberg’s 1’29.375, set during the third practice session, was the fastest lap time seen all weekend. The closest any of Mercedes rivals got to it was Fernando Alonso’s 1’30.132 in second practice.

That 0.757s deficit represents a performance gap of 0.85% over a lap. Comparing the same data for each team’s fastest lap in Australia against their performance over the whole of last year gives an indication who has emerged from the winter with a competitive car and who has some catching up to do:

Comparing the differences between the 2013 and 2014 bars for each team gives a quick insight into how their change in form. Red Bull have obviously lost a lot of performance, though their situation pales in comparison to that of last year’s race winners Lotus. Such has been the increase in performance from Mercedes that most of the other teams appear to have dropped back. The major exception is Williams: while it’s clear they are considerably quicker than last year the circumstances of last weekend disguised just how much progress they have made.

Felipe Massa believed the wet conditions “probably hurt us more than others” than in qualifying. The performance data from Australia puts them as the fifth-fastest team but they may prove to be Mercedes’ closest rivals at the moment.

This all applies to one-lap pace. Do Mercedes enjoy the same kind of advantage over a race stint? The indication is that they do, though Nico Rosberg was clearly managing the pace of his W05 for much of the race.

That he set the fastest lap of the race as early as the 19th tour goes a long way to showing just how quick the Mercedes is. It was almost a second-and-a-half quicker than anyone else managed on the same lap.

This wasn’t a particularly slow lap for his rivals. Even if we assume that Rosberg had pumped in a qualifying-style lap in the middle of the race, and couldn’t run at that pace consistently without running out of fuel, he could have backed off by eight-tenths and still enjoyed the same margin Mercedes had in practice.

The coming races will help to build up a more accurate picture of how quick the teams are. Reliability was a significant factor for some teams such as Ferrari, whose cars were slower by electronic problems.

Tracks like Sepang, next on the schedule, are more representative of the other circuits to come during the season than Melbourne’s temporary, stop-start layout. And if Mercedes can keep both of their cars running beyond lap one, their drivers may reveal more of their car’s speed as they strive to beat each other.

38 comments on “The full extent of Mercedes’ advantage in Melbourne”