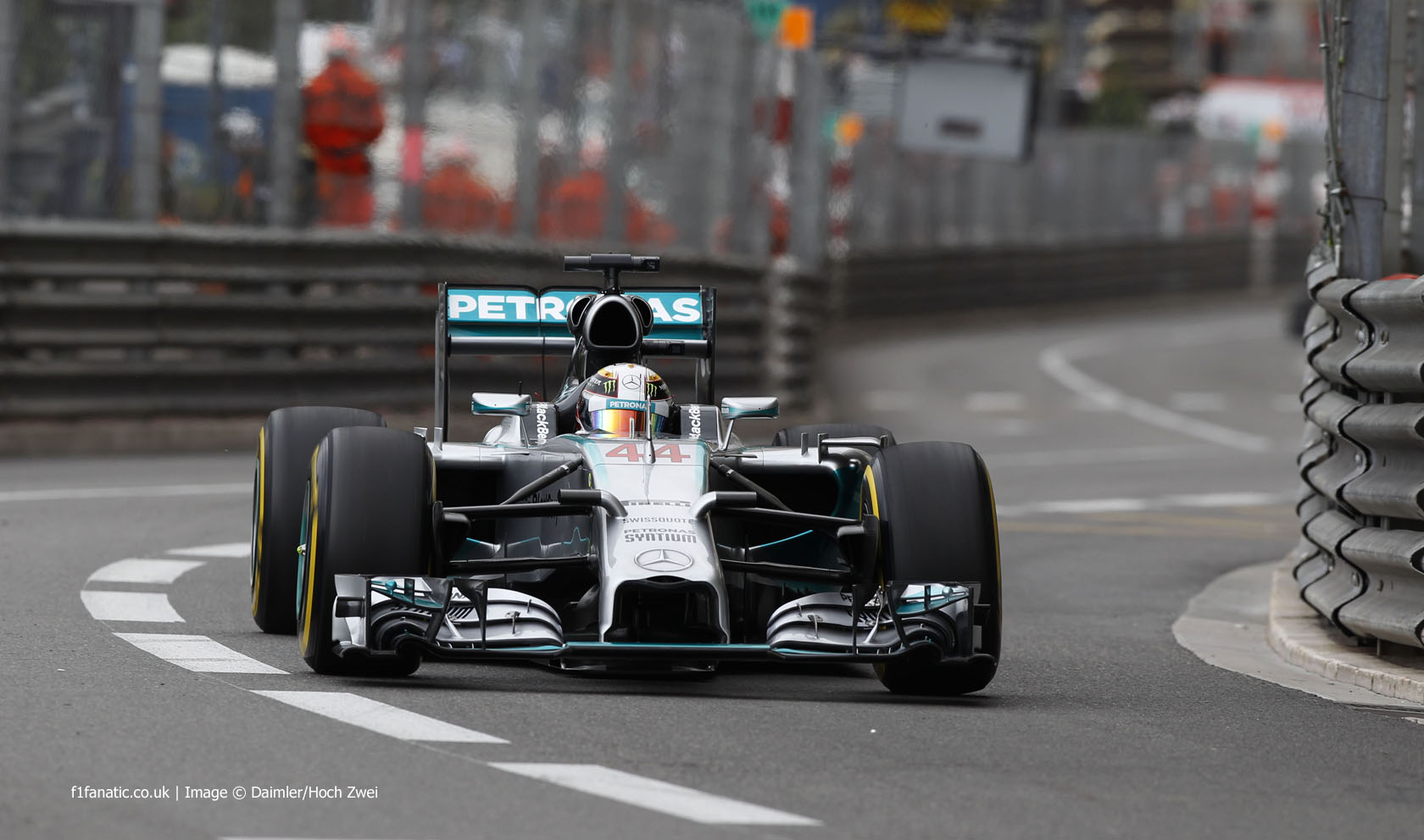 Lewis Hamilton admitted he arrived late for the start of practice on Thursday at Monaco because he “overslept”.

But the Mercedes driver said he was very pleased with his car’s performance once he got running.

“It felt great,” Hamilton told reporters after setting the fastest time on the first day of running. “Really surprised that it started off so well, really.”

“Got in the car and was looking to just take it one step at a time but the track was amazing to drive and the car’s really behaving a lot better than it was last year, for me.”

Rain disrupted second practice but Hamilton said he began work on his race set-up during the dry first session.

“If we’d missed out both sessions, than maybe [it would have been a setback], but the fact we got that one session at the beginning is a huge plus because I got a long run in as well.

“So I feel pretty set for Saturday. Still some some work to do, just pick up some pace, but we’ll be good.”

Hamilton believes he has a chance to repeat his 2008 victory at the track.

“Monaco is one of the greatest races of all time, it’s such a classic,” he said. “I’ve been trying to win here for a long time and never had the car to do so apart from last year but I wasn’t able to really capitalise on it.”