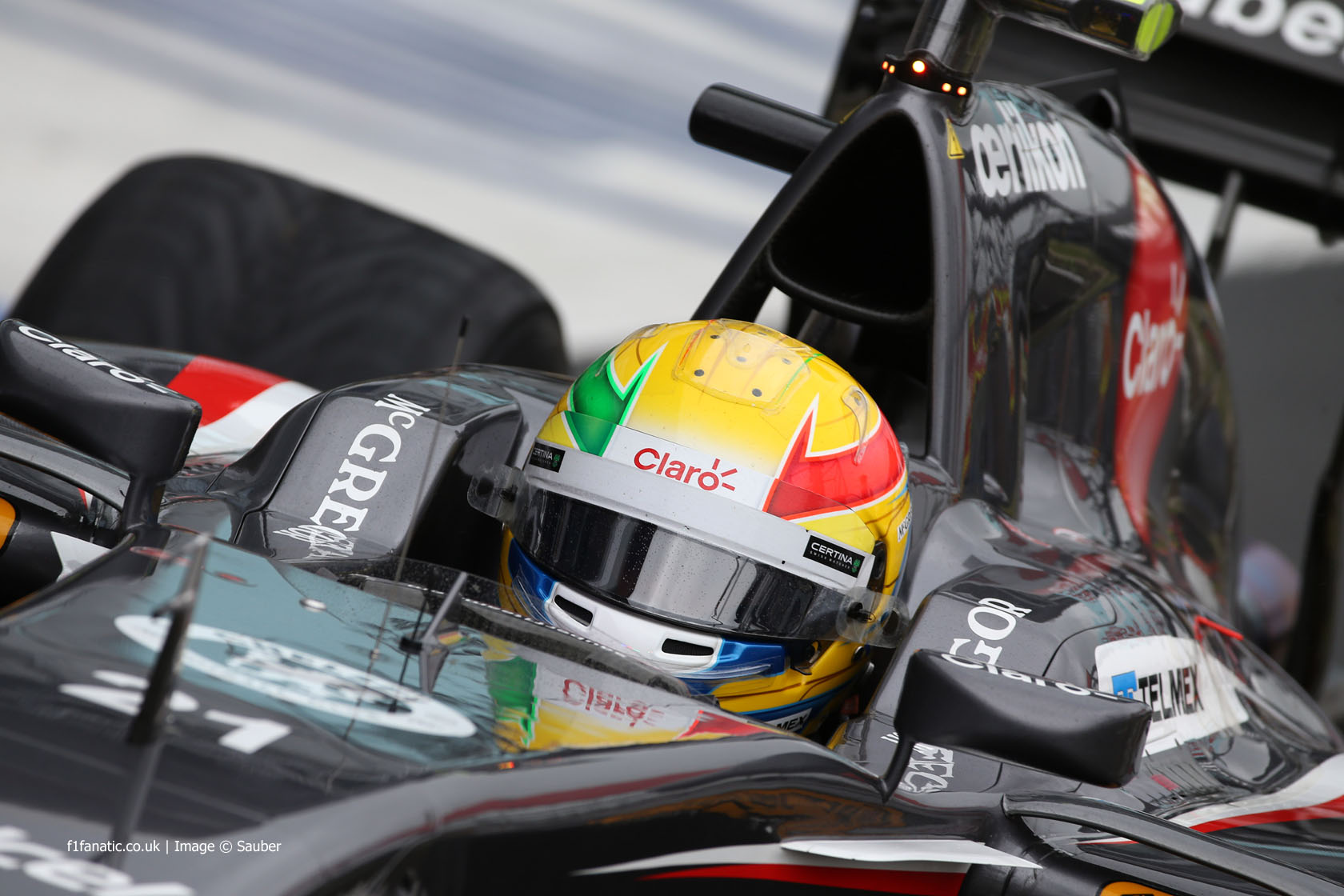 Esteban Gutierrez will have another grid penalty for the next round of the championship following his collision with Pastor Maldonado.

The stewards said Gutierrez was “predominantly at fault” for the tangle with Maldonado and gave him a three-place grid penalty for the next race in Germany.

However Gutierrez said Maldonado should have given him more room.

“When I tried to overtake him in turn 16 [Vale] he braked and did not leave me enough space,” said Gutierrez. “I was already beside him and could not avoid a collision with him.”

“I feel very sorry for the team, as this is not the way a race should end.”

Gutierrez arrived at Silverstone with a ten-place grid penalty following his unsafe release from the pits in the previous round. He also had a five-place penalty for a gearbox change, though it made no difference to his eventual starting position.

25 comments on “Another penalty for Gutierrez after Maldonado crash”