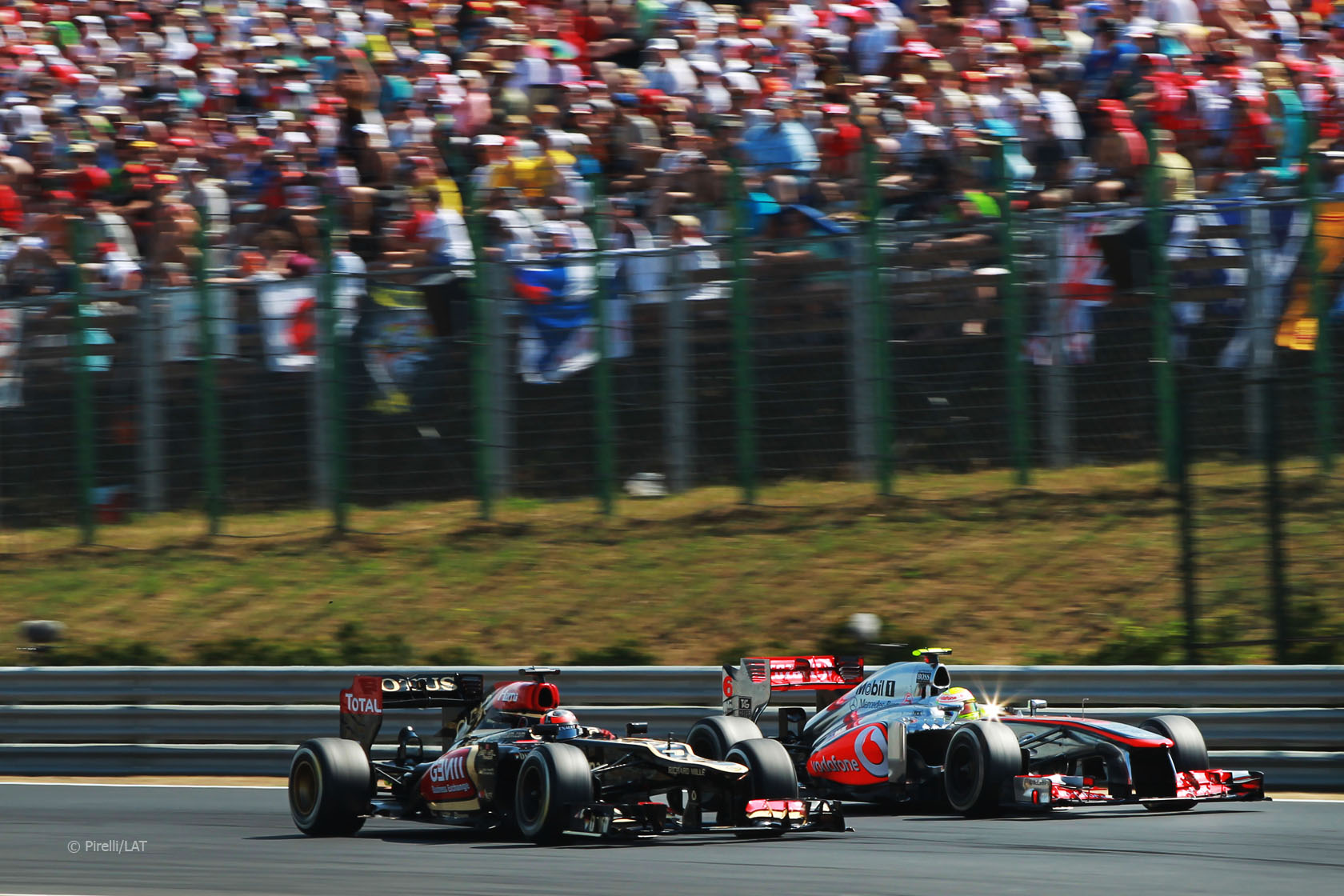 One of the Hungaroring’s two DRS zones has been shortened ahead of this weekend’s Hungarian Grand Prix.

The activation point for the DRS zone on the start/finish straight has been moved 60 metres away from the preceding corner, reducing the length of the zone.

As was the case last year a single detection point will be used on the approach to turn 14. Any driver within one second of a leading car at that point will be able to use DRS on the start/finish straight and from the exit of turn one.

The FIA has also confirmed speed bumps have been added to the run-off at the turn six and seven chicane.