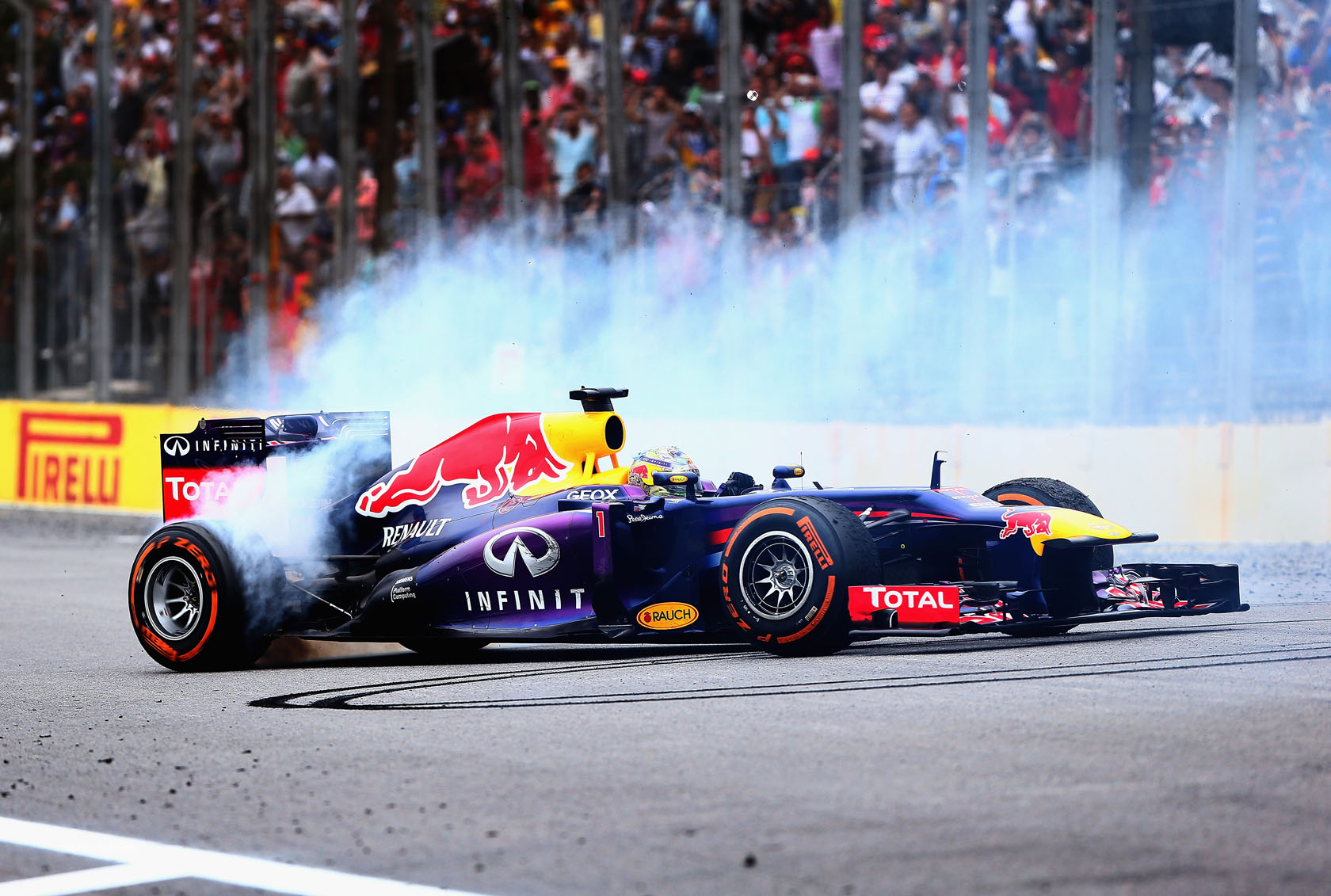 Like Lewis Hamilton at McLaren two years ago, Sebastian Vettel has severed the umbilical cord to the organisation which shaped his junior career, brought him into F1, and made him a champion.

When Vettel got behind the wheel of a Ferrari F2012 at Fiorano at the end of last month it marked an end of an era. He had carried the Red Bull insignia with him since before he began racing single seaters in 2003.

When he joined their Formula One team in 2009 it was the culmination of years of endeavour in Red Bull’s junior team, and the four championship he won ranks as the project’s greatest success.

As Vettel moves on to a new phase of his career as a Ferrari driver in 2015, here’s a look back on his time with Red Bull. Vettel’s second year in single-seaters marked him out as a major talent. He crushed his rivals in Formula BMW, winning 18 out of 20 races on his way to the title in 2004. He also won his first two starts in Formula Renault 3.5, and by 2006 he was driving in F1 practice sessions for BMW. Robert Kubica’s crash in the 2007 Canadian Grand Prix handed Vettel an early debut in the following round at Indianapolis. He became F1’s first teenage points-scorer with that one-off drive, then returned with Toro Rosso later in the season and distinguished himself with fourth place in a rain-hit Chinese Grand Prix. Mid-season upgrades to the Adrian-Newey designed Toro Rosso STR3 transformed the car, and in heavy rain at Monza Vettel produced one of the greatest shock wins of recent years. He put the car on pole position and motored to victory, championship contenders Lewis Hamilton and Felipe Massa among those left in his wake.

Having given Toro Rosso their first win in 2008, Vettel did the same for Red Bull the following year at another wet race in China. He couldn’t keep Jenson Button from the title, but pushed the Brawn driver hard in the second half of the season.

Vettel went into the final round of 2010 lagging behind Fernando Alonso and Mark Webber in the points, due to a combination of unreliability and accidents. But against expectations both his rivals finished out of the top six in Abu Dhabi, and a stunned Vettel took the win and the title. The following season was more straightforward. Armed with the RB7, Vettel set a new record by setting 15 pole positions, and 11 wins meant he comfortably wrapped up a second championship. Vettel and Red Bull began 2012 on the back foot after exhaust-blown diffusers – a key element of the previous successes – were more tightly regulated. He overhauled points leader Alonso in the second half of the year, and clung on in a tense final race in Brazil to retain the championship once more. Vettel was edging away from his championship pursuers at mid-season, but a spate of tyre failure at the British Grand Prix led to a change in the rubber for later races. This played into Vettel’s hands, and he took his fourth title while winning an extraordinary nine races in a row at the end of the year. Mercedes deposed Red Bull as the team to beat following a major overhaul of F1’s engine regulations. But while Red Bull snuck in three wins all of the came from Vettel’s feisty new team mate Daniel Ricciardo. Then late in the year the opportunity to join Ferrari presented itself, and Vettel finally cut his ties to Red Bull.

21 comments on “Sebastian Vettel: The Red Bull era in pictures”