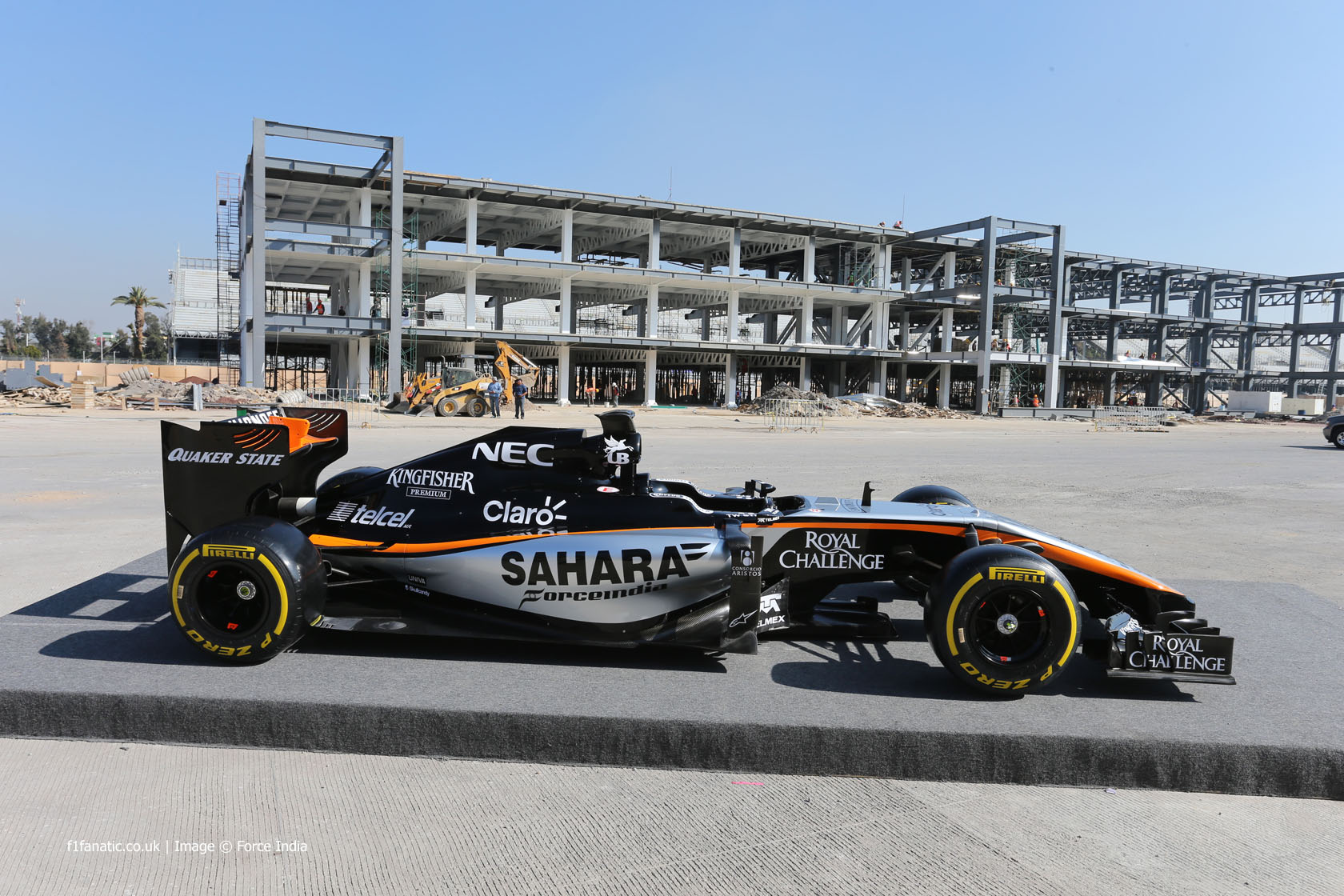 In the round-up: Force India’s VJM08 may not run until the final pre-season test at the Circuit de Catalunya.

Bob Fernley: "Everybody is pushing to try to make it happen, but it's far more likely the VJM08 will run at the final Barcelona test at the end of February."

Wish they were here (ESPN)

"Circuit contracts include a minimum grid size, and the next six weeks will see F1's major players move heaven and earth to ensure 18 cars for the Australian Grand Prix."

"At the moment I am totally falling for the 'silver myth'! There is no room for anything red. I love the history of the 'silver myth' - looking at Fangio's car, Stirling Moss's car winning the Mille Miglia. That is our history - and I am very proud of it."

Looks like Mercedes were testing out how far they could push the new Inters on a dry track earlier… #F1 pic.twitter.com/Jp0BSXIWYu

Nissan launching their LMP1 car in the coveted Superbowl advert break was a coup for the World Endurance Championship:

I think it says a lot about F1 and WEC when Nissan reveal their LMP1 in a Superbowl advert.

Millions of people saw that car be revealed compared to the sponsorless twitter announcements we see these days. I hope a team like Mercedes could reveal their car in the same way next year.
Theo Parkinson (@Theo-hrp)

He’s already won one world championship with them, but two years ago today Lewis Hamilton was driving a Mercedes for the first time.