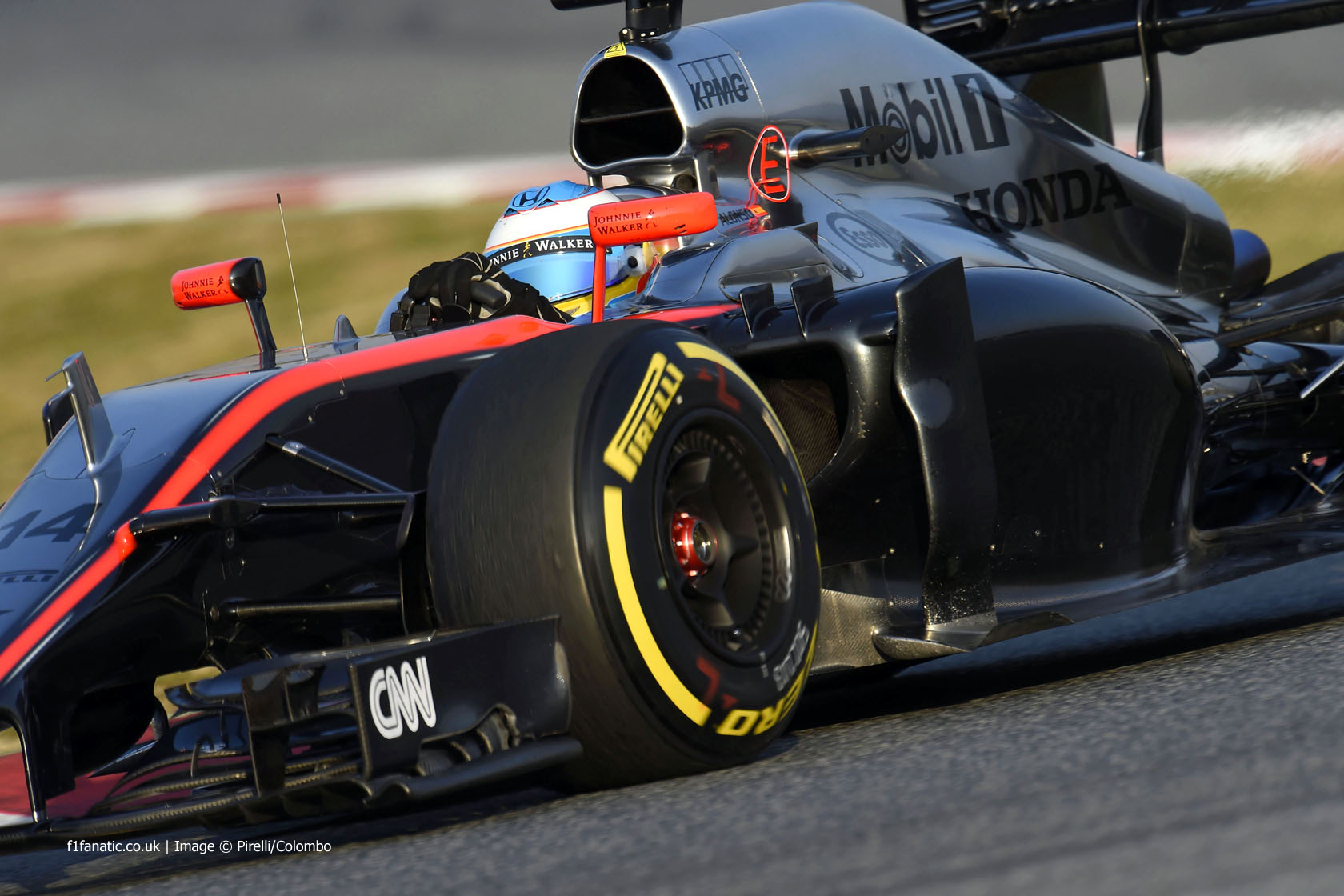 Fernando Alonso will spend the night in hospital following his testing accident today as a precaution, McLaren has confirmed.

The team said Alonso was uninjured in the crash which occurred at turn three on his 20th lap of today’s test. Alonso suffered a concussion in the crash and although he regained consciousness afterwards and was able to speak to the circuit’s medical team, he was sent to hospital where CT (computerised tomography) and MRI (magnetic resonance imaging) scans were performed.

McLaren racing director Eric Boullier said some reports of Alonso’s crash had been “exaggerated” and described the accident as “just one of those things that happens in testing” but did not elaborate on the cause of the accident.

“Fortunately, he’s fine, but was concussed during the accident, which therefore required an overnight stay in hospital as a precaution,” said Boullier. “That’s normal practice after a concussion.”

“Inevitably, some media reports have sought to exaggerate the severity of the incident – it was just a normal testing accident.”

McLaren began the day intending to divide their efforts between Alonso in the morning and Jenson Button in the afternoon, but following Alonso’s crash decided against sending the car out again.

“While the car wasn’t particularly badly damaged, it was enough of an impact to warrant quite a lengthy check of the gearbox and power unit systems,” said Boullier.

“Given the time needed to carry out such an analysis, we decided to bring the curtain down on our test a few hours earlier than anticipated.”